Mario and Sonic at The Olympic Games Tokyo 2020 Review 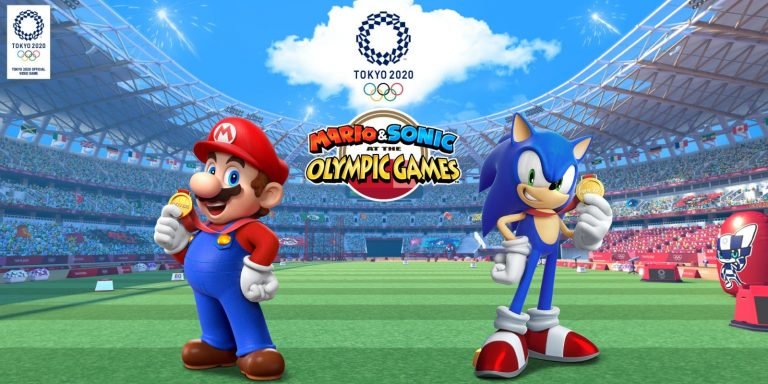 Arguably the most exciting new feature in Mario and Sonic at the Olympic Games Tokyo 2020 is the story mode, which features both standard event types as well as retro ones. Whereas the previous Mario and Sonic games focused on the rivalry between the two characters, the story in Mario and Sonic at the Olympic Games Tokyo 2020 involves them working together to escape a magical video game created by Dr. Eggman and Bowser. Unfortunately for the two villains, they also end up getting trapped in the game and are forced to duke it out in retro Olympic events, as they try to collect enough stars to make their way out of the game and back into their world. At the same time, Luigi is in the regular world and trying to find a way to get Mario and Sonic out of the game by taking part in Olympic events with various Mario and Sonic characters. The story mode shifts between the classic and retro game modes, which makes for a surprisingly enjoyable and varied experience.

The retro levels especially feel like a love letter to the Mario and Sonic franchises, as well as the Olympic Games, and are the best part of game. Even though most of the events employ the same button mashing or pattern matching gameplay, they all work well, with the classic art style further bolsters their charm. Diving is especially fun and seeing a retro Dr. Eggman perform a series of flips before bellyflopping into the water is pure magic. There are also non-Olympic mini-games, one of which involves you chasing down Bowser in a speedboat, and they are similarly joyous to play.

The Luigi centred portion of the story doesn’t fair quite as well and that’s mostly because of how repetitive it is. Almost every interaction involves Luigi looking for a character, traversing the mini map to find them and then facing off in an Olympic event. There are also dozens of Toads littered around every event area who spew trivia but there is no reward or real reason to talk to them except to learn random Olympic facts. Still, the events are mostly enjoyable and overall, it’s a good first foray into a story mode for the Mario and Sonic franchise.

Mario and Sonic at the Olympic Games Tokyo 2020 also features every event in the story in both a local co-op and multiplayer mode. I haven’t been able to test the online portion as there weren’t enough people playing the game during the review period. Overall, there are 21 regular events, 10 retro events in Mario and Sonic at the Olympic Games Tokyo 2020 which makes for some nice selection. The retro events ooze with charm and are very tight and responsive mini-games and the regular events are all rather solid, with the exception of Discus. There were times when I achieved a great score and hit the angles just right, and there were times when the disk would fly straight into the ground, but there was no clear indication or change in my approach between the two.

Similarly, all of the Dream Events are a nightmare to control, especially Dream Archery which involves you running around a confusing area trying to aim at targets that pop up seemingly at random. I tried the events with both motion and non-motion controls and the result was the same feeling of frustration. Thankfully there are also a few standout games, including Rugby which is an easily digestible version of the sport that is even more fun when playing longer matches.

The game does have some performance issues when played locally, and I experienced significant framerate dips when playing with three or more people. This issue is compounded by the game’s strange choice to have all players take part in events at the same time, even ones like Gymnastics and Surfing that could be done one at a time. By having players do events one at a time it would not only make it less of a burden on the Nintendo Switch but also make for more intense showdowns.

Still, Mario and Sonic at the Olympic Games Tokyo 2020 is a good game and a nice return to form for a series that had seemingly lost its way. The new additions of story mode and retro events together with the classic Mario and Sonic game-play make for a fun co-op or single player experience.

Mario and Sonic at the Olympic Games Tokyo 2020 is a good revitalization for the franchise and one that packs enough charm to forgive its faults.
REVIEW SCORE
7.5
File Under: Mario, Nintendo, Sega