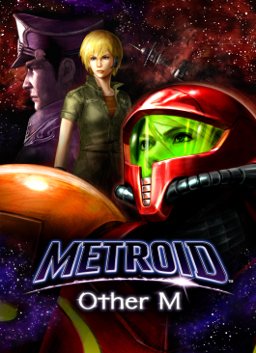 Since Metroid: Other M’s announcement, there’s only been one question worth asking: Will Team Ninja pull off creating a new, immersive Metroid title while still providing a nostalgic experience?  Luckily, Nintendo has got the best from Team Ninja, and has gone back to its 2D roots after the singular 3D take of the Metroid Prime serie Other M is a hybrid of sorts; it builds an enveloping 3D world around an otherwise traditional game. It isn’t perfect, but it takes a step into a bold, new direction – however some changes are sure to irk Metroid purist  But missteps aside, Other M seeks to entertain in a somewhat different way – in fact, a somewhat less Metroid way

Other M is a 3D action game through and through. There are a few areas in which you’re locked into the familiar 2D plane, but you’ll use the d-pad to move around the game’s 3D environment No nunchuk is required; you simply turn the controller sideways, leaving the 1 and 2 buttons for Shoot and Jump, respectively.  Much of the game is spent switching between the traditional, third person perspective, and the first person perspective and pointer-based aiming system (obviously inspired by Prime).  You can’t walk while in this position, but it does allow you to free-look by holding the B button and aim manually (or lock on), as well as fire missiles and super missiles (in fact, you can only fire missiles in this perspective, and only once a lock-on has been established). It’s a bit jarring rotating the controller, especially in tense boss battles, but despite the awkward controls it usually gets the job done without too much hassle.

What absolutely didn’t work in first person, though, was the occasional forced scanning sequence. When the game wants you to see something, it’ll drop you into first person and let you look around, only advancing when you’ve found and scanned the object it wants you to see.  While this may seem easy enough, there are a few times when it can get mind-numbingly frustrating trying to figure out what the game wants from you in order to progres

While previous Metroid games required you to explore nooks and crannies of the world map, that’s not entirely necessary in Other M. There are upgrade tanks (missile, energy, and e-recovery) as in past Metroid titles, but they are all marked on the map once a room is cleared of enemie Figuring out how to get to them may be a bit tricky, but it’s not quite exploration.

In fact there’s very little exploration all together – unlike past titles, Other M is an incredibly linear adventure.  When following the on-screen navigation there are only a few dead ends blocking your path, most of which just require you to find a hole to roll through or a cracked wall to blast. You don’t explore the ship as much as you just follow orders as to where to go next.

Speaking of following orders, Samus starts with all of her abilities from Super Metroid from the game’s start, except that you won’t be able to use them. Instead, they are “unlocked” when Commander Malkovich (who Samus is taking orders from now) “authorizes” them – an illogical nod to Nintendo’s one-off, Metroid Fusion. It’s hard to deny that the item scavenger hunting has long been a defining characteristic of the Metroid franchise and to see it simplified as such only serves to blur the lines further between Metroid and the archetypical action/adventure game.

Through the course of the game we learn about Samus’s life in the military and why she left, mostly through cut scene There’s more interaction in Other M than in any other entry in the series to date, and in fact, Samus is probably the most vocal character of all. She isn’t the self-confident badass that most of us pegged her to be. Instead, she comes across less steadfast, and more concerned with the opinions and judgments of her peer In short, this Samus is far from meeting fan expectation There’s no denying that these factors completely alter the feel of the experience, but it’s even more contrasted now because these are fully voice-acted cut scene The first couple of hours of the game are heavy and melodramatic to the point of sillines Luckily, they grow less frequent and focus less on Samus’s past and more on the mysteries of the ship, at which point the story begins to meander back into it’s trademark, adventure territory.

Metroid is a hallmark series that spawned some of the greatest games of all time – so when a game falls just short of those standards, it doesn’t make it bad by any mean In fact, Other M is indeed a great game; the real question is this: If a well-renowned series is revitalized in a new and different way, does negative reception come from the game’s presentation and performance or the act of change?

As is often the case, the answer is contingent upon your personal opinion of what matters most. If you’re a die-hard Metroid fan looking for some action in Samus’ universe, you might resent the homogenized reinvention.  At the same time, many fans will be able to look past Other M’s many issues to find a pleasurable adventure. Bearing the Metroid name means being judged on a higher level; and in the company of unforgettables, Other M’s presence seems comparably fleeting. -ES

Metroid is a hallmark series that spawned some of the greatest games of all time – so when a game falls just short of those standards, it doesn’t make it bad by any means.
REVIEW SCORE
8
File Under: Metroid, Nintendo, Shooter, Team Ninja, Wii