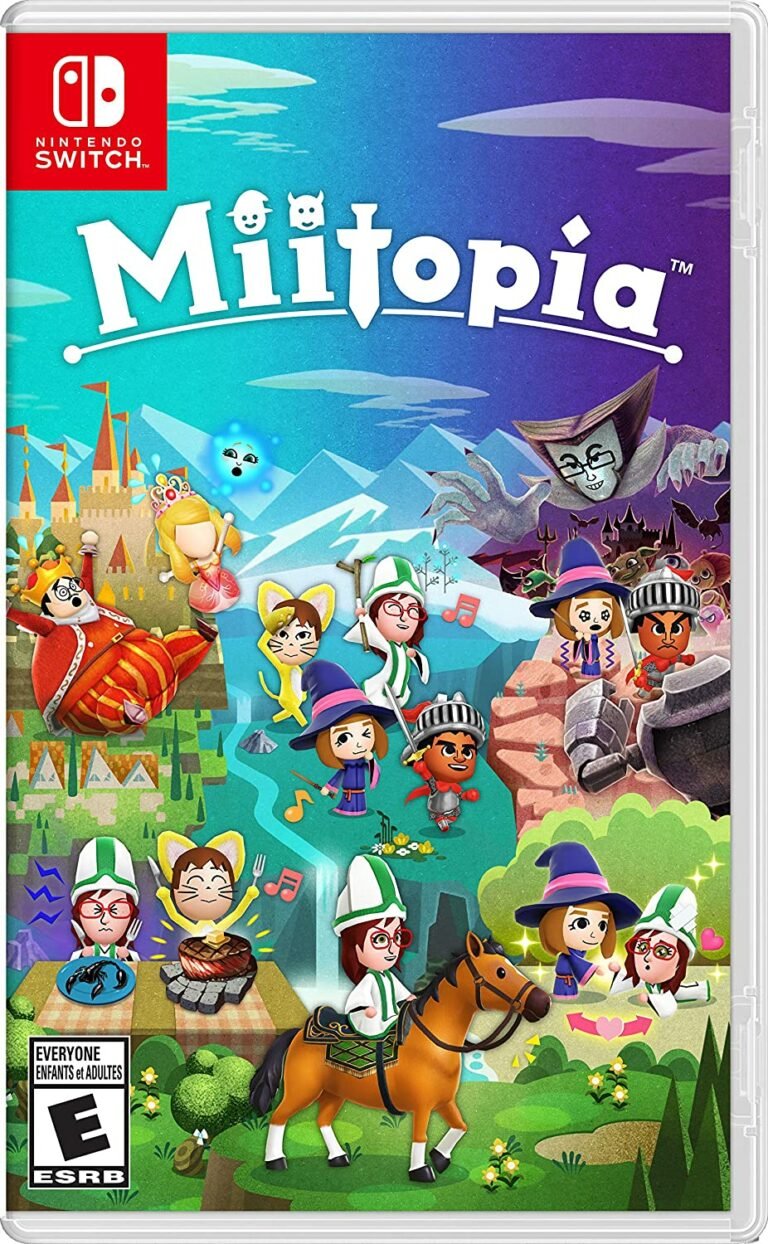 Miitopia is an RPG that I knew two things about before I began to play it: You could make crazy Miis with its character creator, and that it was an RPG. I didn’t play it when it was originally released for the 3DS back in 2017, but I was curious as to what it was like when the Switch HD upgrade was announced. I was expecting something lighthearted and fun, but I didn’t expect that joyfulness to become bland as quickly as it did.

Miitopia’s story is simple. In the world of Miitopia, the evil Dark Lord has gone around and stolen the faces of innocent people far and wide. Your personal Mii, or a Mii of your choosing, is a traveler who finds themselves called upon to put a stop to the Dark Lord’s worldwide face stealing plot. It’s silly, and is by no means meant to be taken seriously. It mostly serves as an excuse to watch Miis interact in a lighthearted fantasy world.

Every character in the game, from your party members to the Dark Lord to the guards standing outside a castle, consists entirely of Miis you make or download. Want to make the powerful great sage Shrek? I did that. Want to make the members of Daft Punk guards who protect a king? I did that too. It’s a cute system, and I always looked forward to seeing which Miis I could fit into certain character roles.

This is made possible by a robust character creation system that outshines what was present on the 3DS version. By making use of makeup and wigs, you can create incredible Miis that quite frankly should not exist. I had a Mii that looked like the cover to The Great Gatsby, a Sylveon from Pokemon, 2B from Nier Automata, and so many other wonderful creations.

When you see Paul McCartney interacting with a $19 Fortnite V-Bucks card and Spongebob Squarepants, the appeal of creating and gathering ridiculous Miis is immediately apparent. Watching Guy Fieri play the role of a worried parent with a Hamburger as their child is a treat. Two of my party members were Mii versions of Ichiban Kasuga from Yakuza: Like a Dragon and Cid from Final Fantasy VII, and I watched them slowly become best friends over the course of the game.

Your party members have a bit more to their creation process than other characters. As they will be fighting alongside you in battle, you can choose their class and personality, which will determine how they interact with others. And as they hang out and become friends, they’ll learn abilities to use in battle that allow them to weaponize the bonds they’ve made into powerful combo attacks. More importantly, the skits and situations these Miis find themselves in are goofy and fun. They’re frequently absurd, and watching your Miis grow and talk to each other with weird dialogue is a highlight of the game.

Unfortunately, the same cannot be said for playing Miitopia itself, because there is a conspicuous lack of depth to this RPG. To say that you do not have much control in Miitopia would be an understatement. When you enter a dungeon or explorable area outside of towns, your party automatically runs forward. Some areas have multiple paths, but each run through a dungeon will see your characters move exclusively in a straight line before eventually winding up at an inn to rest before the process repeats itself.

You’ll spend a lot of time inside inns, as this is where you also buy items, go on outings to improve your relationships, and eat food to improve stats. However, you can only buy items when a character decides they want to buy an item. Weapons and armour both follow a linear path, meaning there’s not a lot of choice in your hands.

Miitopia plays like a traditional turn-based RPG, except you only have control over your own character in battle; every party member acts without your input. You can sprinkle HP and MP healing dust onto your party, as well as move them to a safe spot to recover from harmful status effects. Otherwise, you can only watch as battles are fought for you. I turned on autobattle for my character shortly into the adventure because it just made fights go that much quicker. Though some of the attack combinations and link-ups are interesting, watching them again and again gets tiresome quickly.

That lack of control isn’t truly bad in and of itself. Unfortunately, the aforementioned charms of Miitopia fall flat in the face of hours upon hours of seemingly never ending repetition. The scenes where Miis interact with each other repeat far too often. For example, a scene where two party members argue about how a room should be organized happened multiple times in the opening act alone. There’s little variety in the interactions between Miis, and when you see events repeat themselves, you understand how little there is for you to see.

Far more egregious is Miitopia’s plot structure. At one point in the game’s story, you lose both your party members and to the class you spent hours levelling up. You then have to meet three entirely new party members, choose a new class, and explore a new area starting from square one. It’s tiresome, and the fact this happens multiple times in the course of the game’s events does little to help matters. Couple that with battles where you can barely do anything and limited control over exploring the map, and you get a recipe for boredom.

There is a button to fast-forward through battles, conversations, and exploration; I had this button pressed firmly down for most of my time in Miitopia. Thanks to a robust character creator and whimsical writing, there’s plenty to smile over in this otherwise light RPG in its opening hours. Yet the lack of control and the vast amount of repetition in nearly every aspect of the game undos what charms Miitopia may have. It’s not a bad game, not really. But it is a dull one.

Miitopia is whimsical in its opening hours, but becomes repetitive far too quickly.
REVIEW SCORE
4
Buy On Amazon
File Under: Nintendo, Nintendo Switch