One of my first videogaming experiences was Traveler’s Tales’ A Bug’s Life on the original PlayStation. Even though I was a little kid, there was something that felt special about that movie tie-in. With just a controller and a TV screen, I was able to see the world from an ant’s point of view. It let me see things in a way that I would never be able to otherwise. Silly as it may sound, that was one of the first things that made me fall in love with gaming at a young age.

Almost two decades later, MilitAnt shoots for that same sense of scale, only to strike out at every possible opportunity. 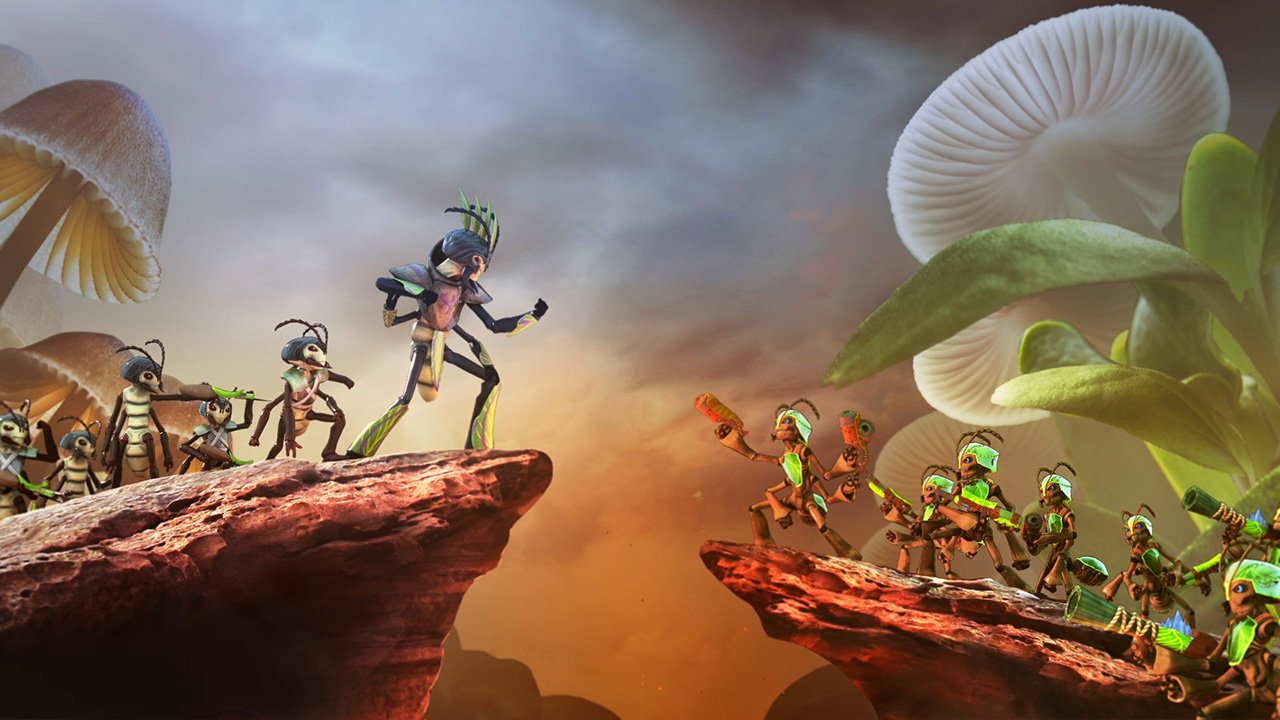 It’s not for lack of trying. The narrative follows an ant colony under siege from an army of termites. Instead of wood to gnaw through, however, the termites are more concerned with Crystallite, a resource that will ensure the prosperity of their colony. Allying with wasps and enlisting the help of other deadly insects, they wage war on the practically defenceless ants. It’s up to one ant to open up a can of Raid on the termites, bees, beetles, caterpillars, and other insect baddies threatening his livelihood.

This is a promising setup, especially when coupled with the winning art direction. The ant’s design is truly charming, and his little armour set made of plants made me smile. Enemy concepts are equally as charming, such as beetles being used as tanks, or a heavily armoured wasp miniboss. Everything here is vibrant, pretty, and does a great job nailing down a sense of scale. Furthermore, it’s clear that a lot of imagination went into designing every aspect.

If only that charm and imagination translated to something that was actually fun to play, or even playable. For starters, the core gameplay is irredeemably sloppy. MilitAnt is an uncomfortable riff on something like Contra or Metal Slug, but hampered with a downright obnoxious weapon cool-off system. While things improve after you’re able to get rid of your awful base pistols, it never feels like something that’s particularly polished or fun. Whatever groove you may slip into—whether it’s parrying enemy shots or picking off enemies in the background— it will get cut short by awkward weapon speeds, dodgy collision detection, or enemies that spawn underneath you.

Unfortunately, those last two technical issues are the least egregious ones in MilitAnt. This game is full of bugs, and I’m not talking about the insects. Shots mysteriously go through enemies and the player. The audio tears to the point of sounding like nightmarish television static. Achievements for clearing levels never pop. Text is oddly capitalized. Xibalba Games is clearly a small studio, but that is honestly no excuse for releasing a game in such horrid shape and expecting people to pay 10 bucks for it. 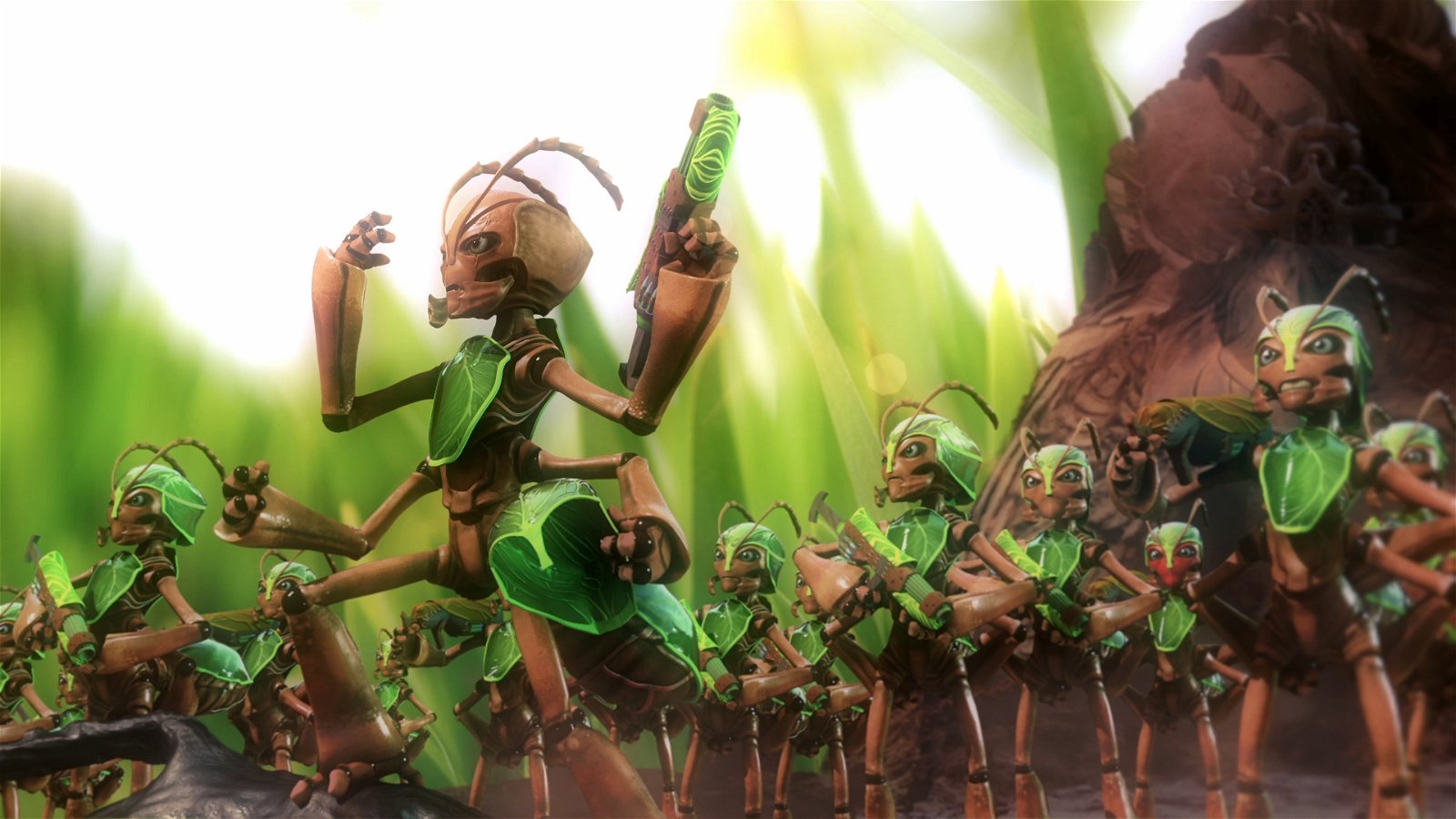 All of that, however, pales in comparison to a single game-breaking bug I stumbled into. The bug in question was a boss called Butterfly Harrier, and the “bug” prevented me from progressing past a certain point. After a fairly difficult fight, the butterfly exploded and fell to the ground. After that, I hovered in mid-air as the boss’s depleted health bar stayed on the screen. I eventually quit and played the entire level through again, to no avail. Restarting the program didn’t do anything either. Thanks to this, I wasn’t able to actually beat MilitAnt after only a few hours of play.

There are a lot of solid ideas at work in MilitAnt. The art direction charms, the musical score captivates, and the core concept is appealing. Unfortunately, the game itself works to exterminate all of those good points. As a result, this is a title that feels entirely unfinished, and possesses too many bugs to recommend even purchasing as a sale in its current state.

I think I’ll stick to A Bug’s Life.

MilitAnt is about as exhilarating as frying an ant with a magnifying glass, and about as cruel to people who play it.
REVIEW SCORE
3.5
File Under: