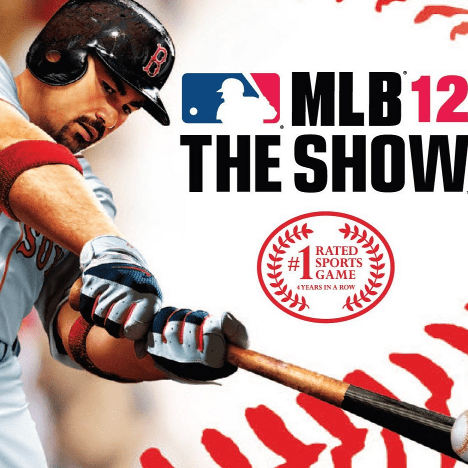 With the release of any sports game belonging to an established franchise, there’s always the question of whether or not the game is different enough from the most recent instalment to merit purchase.  With the price of sports games routinely being $59.99 plus tax, and their clockwork release structure, it’s easy for fans to grow resentful of a sports franchise, despite enjoying the games, because how much could the game really be improved in order to merit the new purchase?  Over the past few years, each new instalment of The Show has introduced new modes and tweaks, to help ensure that the gamer gets more bang for their buck, and not just slightly more polished graphics and updated team rosters.  When MLB 10: The Show came out, it added the Home Run Derby game mode, and last year’s major update was a completely new control system, as well as a redesigned and enhanced Road To The Show mode, which was a huge improvement over prior iterations of the mode in previous years.

This year, for MLB 12: The Show, there are a number of improvements and new elements added to help create both better value, as well as a more versatile product, which gives players more game modes to play in.  Last year’s major innovation was the addition of pure analog controls, and this year there are new controls added which add further complexity to the control schemes.  Analog controls are still present in this game, but the developers have worked up an alternate control-system which seems to try and fix some of the issues that gamers had after last year’s release.  The analog batting system was difficult to master in MLB 11, so this year there’s a new zone plus analog batting control, which marries together the zone batting and analog batting functions into one.  It takes some time to play around with it to get the hang of it, but generally speaking is more intuitive and easier to get a hang of than the pure analog control system.  The zone aspect of the batting controls allows for easier timing, which was part of what made analog batting so challenging, and not all that consistent.

The pitching control options have also been updated, with a new mode, pulse pitching, which was highly touted at release.  Personally, I found pulse pitching to be inconsistent, non-intuitive and hard to get used to, although I appreciate what the developers were going for with this mode.  What’s particularly nice about the controls for both batting and pitching is that the player can customize according to their own preferences, and can go with these new control modes, or use something more familiar or comfortable for them.  Personally, I fell in love with the analog pitching controls that were introduced in last year’s edition of the game, and with this new game I’ve stuck by those controls.

The typical game modes of Home Run Derby, Franchise, Season and Road to the Show have returned, but are now joined by the new Diamond Dynasty mode.  The easiest way to describe it is to compare it to NHL 11 / 12’s “Ultimate Team” mode, although it’s structured in a different manner, to prevent some of the online abuse found with the Ultimate Team mode.  However, although there’s great potential in the concept, the developers haven’t done the greatest job implementing the new game mode, explaining how it works in-game, nor making the management system all that intuitive.

The graphics continue to be a real standout for this game, as they are incredibly crisp and lifelike, with excellent depictions of the various MLB stadiums.  They’ve spent time between game releases to tweak and update the physics engine in the game, and as a result there’s much more lifelike gameplay with players on the field no longer walking through one another.  There’s also the added option of making it rain while you’re playing the game, which can impact the play on the field, including making errors more likely.

For trophy enthusiasists such as myself, sports games are often the bane of our existence, as they are incredibly hard to get high percentages of completion on, either due to online trophies, or trophies which are completely luck-based, and not all that dependant upon skill.  This year’s release is a far departure from the norm, with no online trophies being included, and although some of the trophies might require a fair bit of skill, or take a long time to achieve (such as winning a game with each of the 30 MLB  teams), they are much more acheiveable than they have ever been in previous years.

MLB 12 is an excellent new release in the MLB franchise, as it strives to further deepen the gaming experience, provide players with additional modes, and further refine and tweak the controls.  The tweaks to the controls weren’t absolutely necessary, but they do give players new levels of choice in terms of how they play  the game, and can customize it to their own personal comfort level and preference.  The tweaks to the physics in the game are quite enjoyable to see in action, and make the gaming experience all the more lifelike and realistic.  If you’re looking to purchase a baseball game for PS3, there’s no better option than MLB 12 The Show, as year after year it manages to improve upon itself and get even better and more enjoyable.

MLB 12 is an excellent new release in the MLB franchise, as it strives to further deepen the gaming experience, provide players with additional modes, and further refine and tweak the controls.
REVIEW SCORE
9
File Under: MLB The Show, Multiplayer, PlayStation, Sports