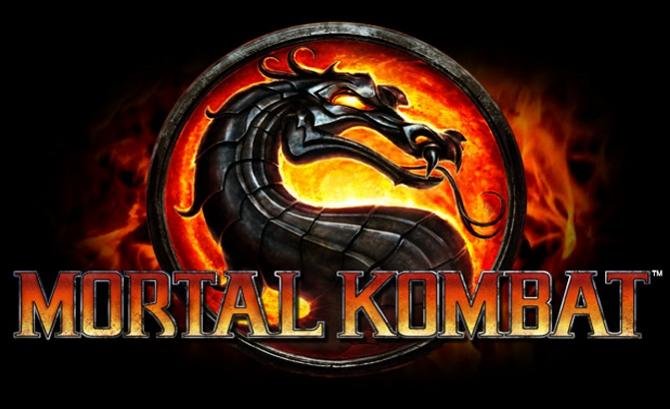 Mortal Kombat has always been a fighting game for the mature audience, but in recent years the series has lost much of the luster that the fatalities used to provide. Now, however, the series is back with the rebooted Mortal Kombat (MK), and this time they did it right. NeatherRealm Studios took the game from the past, added a story, a challenge tower, and a solid tag team mode to create a package that will keep fighting fans busy for weeks, and that’s only the minimum if you don’t have friends to play with.

The fighting is where the series will live and die, and I am pleased to announce that MK does not disappoint in this regard. Fighting feels tight and responsive. If you played the early Mortal Kombat games, the system is accessible enough for new players but also has a layer of complexity that yields great results if you take the time to study. This may be first time that MK has felt appropriate for tournament play. The new power meter allows for some devastating moves, the most powerful of which is the X-ray move. These are brutal to watch – if landed, the game depicts the fighter brutally cracking and breaking bones – and also do a large portion of damage to the opponent.

Mortal Kombat has never looked so good. With the power of the Unreal Engine they have crafted a beautiful playground of destruction.  Even when compared to the recent MK VS DC, there is a noticeable graphical improvement that shows just how much the team cares about the presentation. The characters look true to their classic style but have an edge that fits with the new aesthetic. The background environments also stay true to their 90s roots. Many are taken right from the early games and are now active and even interactive with select stage fatalities.

The attention to detail goes well beyond surface presentation. Your fighter will become deformed thanks to the progressive damage that shows up during battles, and real-time tears, cuts, scrapes, and other wounds will slowly become visible. The more damage you take, the worse your fighter will look, and it’s a great reminder to hone your skills. Finishing a bout with little to no blood on your fighter actually provides a genuine sense of accomplishment. Other games may have a similar system, but it stands out here due to the nature of MK and it’s something that should have been added a while ago.

The fatalities are back and gorier than ever, although the brutality has been upped a notch and many of the finishes are not for the faint of heart. If you can stomach it, MK does add a new Fatality Training mode that allows you to try each fatality and practice until you get it right.

Mortal Kombat this time around goes back to basics on what makes the series fun. Bringing the narrative and the characters back to the events of the first game. With the opening of the story taking the player to the end of Mortal Kombat: Armageddon with Raiden about to die, his last act is to reset all events that brought the combatants to this point.

That act sets the stage for the long and interesting single player mode, the most unexpected (and welcome) addition to the title. We didn’t hear much about the mode prior to release, but you will be bombarded with more MK lore then you know what to do with. The story takes you though a series of battles that force you to play as a specific story character, and the fights are broken up with cut scenes that explain background information about the characters and the tournament. There are a lot of cheesy moments, but they’re also priceless. Clocking in at around 8 hours, the story will keep you busy and it’s worth every minute.

Still, it should be noted that for obvious narrative reasons, fatalities are not available in story mode and it’s here that you’ll experience some of the game’s most annoying elements. The AI frequently uses tactics that many may find unfair, especially when you find yourself fighting against two opponents when you only have access to one. It’s not a serious issue since these battles can be easily overcome, but for new players it may cause unwanted frustration.

This is the first Mortal Kombat with a Tag-Team mode, but it works extremely well. The fighting is fast and fluid and when you have that extra level of challenge the choice of character matters. The matches last a little longer but can be just as intense. Some of the best multiplayer fights where found in this mode and once you find a great combination of fighters it can be very rewarding and rivals many Tag-Team games on the market today.

Finally, MK adds a Challenge Tower for those looking to gain experience with core MK concepts. The Tower gives you 300 stages of various gameplay settings, and after a 10-hour play though you will have practiced most of what MK has to offer. You’ll know the special moves (you’ll even be able to do them quickly), the Tower manages to be fun while it’s teaching you the game. Each stage only takes a few minutes and it can be hard to put down the controller when there’s always one more stage.

There is so much packed on the disc it is hard to find much fault with the title. The AI may have some small issues from time to time, but it’s a minor concern given the overall scope of the title. There are hours of gameplay here without even touching the single player mode and with the addition of unlocks and online this will be a game you will be playing for a long while to come. (Due to unrelated PSN outage issues extensive testing of the PS3 online was limited but was tested and functioned properly) MK may have risen the bar it is now up to future fighting games to rise to the challenge, but this is a game that is hard to beat for the price. If you like fighting games this one should be picked up, Mortal Kombat is back and better then ever.

Mortal Kombat has never looked so good. With the power of the Unreal Engine they have crafted a beautiful playground of destruction.
REVIEW SCORE
9
File Under: fighting game, Mortal Kombat, PlayStation