The Game Is Afoot In Salem 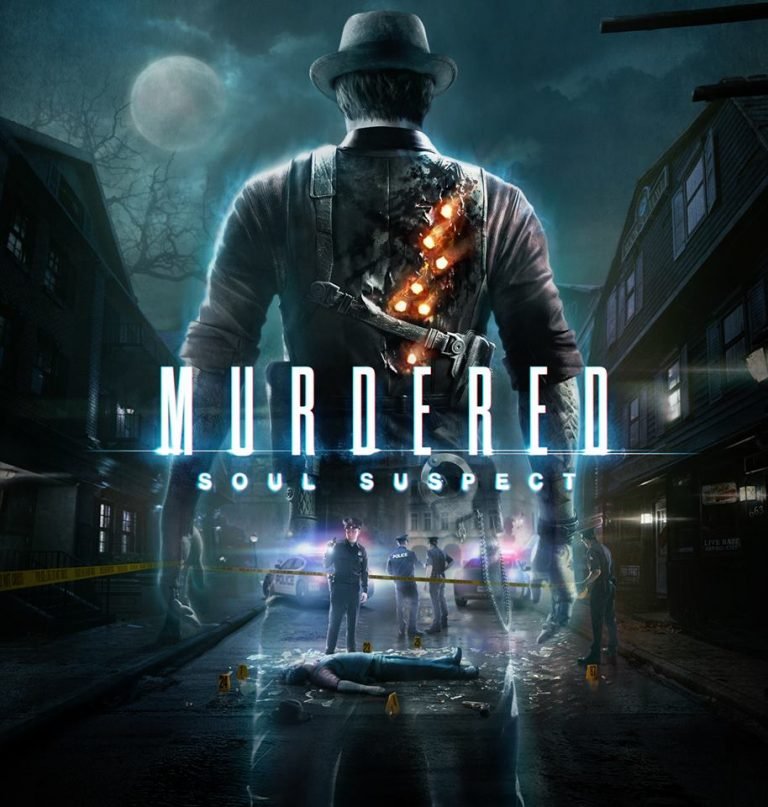 Adventure games have mostly moved over to either crowd-funded ventures on Kickstarter, or smaller, episodic experiences slowly released over a period of months thanks to Telltale. It’s not often a full-blown, AAA adventure game gets released at full price, on disc for consoles, so when it happens, it’s a bit of a minor miracle. That miracle has arrived with Murdered: Soul Suspect, a paranormal murder mystery from Airtight games, published by, of all companies, Square-Enix. This was a game that surprised everyone when it showed up at E3 last year, promising a very different gaming experience. It mostly delivers on that promise, though it’s not as polished as it could be.

Ronan O’Connor, hero of the game and ace detective of Salem, Massachusetts, starts things off with a literal bang as he flies out a window then receives several point blank shots from his own gun. Normally, this would be the “Game Over” or “Retry” screen on most games, but here it’s all part of the plot. Ronan is dead, has become a ghost, and it’s now his “unfinished business” to find his killer before he can move on. It’s a simple premise, but one done so rarely in games that it feels pretty fresh and new here.

O’Connor is a substantial character, with a ton of backstory for those willing to dig it up, but most of the juicy details of this game lie in the collect-a-thon of artifacts. The actual plot itself is pretty simple and easy to follow, so the depth of the story is equal to how much work people are willing to put into searching nooks and crannies, otherwise the simple story moves along at a brisk pace with a hefty amount of mystery, paranormal elements and, of course, detective work.

“All of these mechanics do their job, but keep the game from achieving real greatness because they don’t go far enough.”

The real heart of the game is the investigation. Like past games with detectives such as Heavy Rain and L.A. Noire, most of real action here takes place at the crime scene. Ronan’s detective ability has now been amplified in the afterlife so that not only can he uses conventional means to deduce clues from existing evidence, he can “reveal” the psychic residue of the past, and view events as they happened, and even possess people to read their thoughts.

His investigations consist of a traditional, adventure game style “pixel hunt” which involves searching the environment for clues and, when enough clues have been gathered, answering the question that’s motivated the investigation in the first place. So if, hypothetically, the mission is, “How did the man die,” Ronan analyze or psychically read enough evidence to trigger the next phase, where he answers the question by selecting either words from a large collection that relate directly to the case (such as “scared, shot, followed”) or pick from a collection of pictures representing the evidence gathered thus far.

It’s a bit different from the previously mentioned games, which merely needed players to find clues in order to arrive at a conclusion. Here, the player needs to take the extra step of deducing which clues are most relevant to the task at hand. This works for the most part at exercising the player’s grey matter a little more, but occasionally still falls victim to “adventure game logic” where what seems like the most common sense choice is actually not the one the developers had intended.

There’s also a rating system that evaluates how many mistakes you made in deducing the correct solution, but it doesn’t affect the outcome of the investigation. This will be a relief to some and a serious knock on the game for others, but it’s not really possible to “fail” the investigation. Aside from the occasional reload from failing to hide/kill demons, the game doesn’t require much in the way of reloading to retry a challenge. These investigations are both part of the main game and major side-quests as Ronan runs into other spirits that need a ghostly detective to help them resolve their own unfinished business and move on.

All of these mechanics do their job, but keep the game from achieving real greatness because they don’t go far enough. Possession, for example, has a lot of potential for gameplay applications, but is relegated to taking over cats for some platforming, or taking over a person to cross an obstacle. Ronan’s ability to read psychic imprints is only used to conjure images when it could have been used for sight, sound or even some kind of manipulation.

He has a poltergeist/telekinesis ability, but he only uses it to distract people by turning on phones, or shorting out cameras. Even his ability to walk through walls is a convenience for navigating levels, but never really comes into its own mechanic with lots of different applications, such as spying on people and relaying that information or using it to influence someone else via possession. All of the mechanics used work, but feel limited in their use. In the same way that Batman games before Rocksteady’s Arkham series felt barebones despite using the caped crusader, Murdered: Soul Suspect provides a tantalizing glimpse of all the possibilities that being a ghost in a videogame could be, but doesn’t commit to fully exploring it.

That doesn’t mean Murdered: Soul Suspect is a bad game. The story is satisfying for the most part, the investigations are fun, and there’s genuine investment in wanting to find out what happens next and in solving the mysteries that abound. At C$70, there’s a question of value as this is assuredly a midlevel/budget game with a AAA asking price. But for adventure fans, Murdered: Soul Suspect is like curling up with a decent paranormal whodunit for the summer months. For those looking for something different and willing to overlook some undeveloped mechanics, this is an entertaining summer diversion that is distinct in a medium overloaded with action titles.