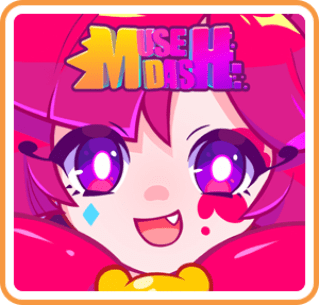 The Switch has become somewhat of a new home for mobile games looking to make the jump to consoles. While this has led to a fair share of shovelware finding its way to the platform, its also helped to bring the spotlight onto a variety of games which might’ve never gotten the recognition they deserved by being lost in the never-ending flood of mobile titles crammed into app markets. Muse Dash is one of those games that I would’ve probably never found had it remained exclusive to mobile devices and that would’ve been a shame. Despite its raised price on the Nintendo eShop, Muse Dash offers more than enough content to make it worth the cost for any hardcore rhythm game fan.

Developed by PeroPeroGames, Muse Dash is a side scrolling action rhythm game. Player’s control one of Muse Dash’s three playable characters and must attack and evade incoming obstacles to the rhythm of each stage’s song. Like many rhythm-based games, Muse Dash doesn’t go far at all in the way of story, instead focusing solely on gameplay. This is a bit of a shame, as Muse Dash’s world and characters appear to be both vibrant and intriguing. Even without any story, Muse Dash does a great job at characterizing its three main heroines. However, players completely unfamiliar with the Japanese language will likely miss out on some of this characterization as Muse Dash’s voice acting is entirely in Japanese and features no English subtitles past the main menu. In fact, the game’s translation as a whole can be considered a little wonky. Some of the song titles found in Muse Dash are left completely untranslated. It never poses a serious issue, but it does feel a bit cheap.

Muse Dash makes use of a simple control scheme, needing only two buttons. The game offers a wide variety of control customization options as well so most players should be able to find a combination that works best for them. To top things off, the entire game is playable using only the touch screen. Muse Dash’s track selection ranges from a variety of original J-Pop, K-Pop, and synth dubstep, making for a beautiful composition of songs. There were even some great funk and jazz songs thrown into the mix.

Something that helps Muse Dash stand apart from other rhythm games, is that it gives players more to focus on than simply staying on beat. Characters in Muse Dash have health bars and take damage whenever players collide with enemies or other obstacles. While enemies appear in pink and blue to indicate which button to be pressed to attack, hazards such as saw blades need to be avoided instead. This mechanic becomes especially engaging when playing more difficult levels, where getting a high score may end up taking a backseat to simply surviving until the end of the stage. Character selection also plays a part in helping players ensure their survival while aiming for the highest score. Although Muse Dash only features three playable characters, each of them extra costume variations of the characters can be unlocked, each with their unique abilities such as extra health or invincibility frames. In addition, players can receive extra help from a handful of unlockable creatures called Elfins. By completing new stages, materials are found which will unlock Elfins, support units with abilities that can reduce damage or hold a combo after making a mistake. All of these options encourage players to mix and match between which character and Elfin they’re using in order to get the highest score possible.

What impressed me most about Muse Dash, was the sheer amount of content packed into it. As of right now, Muse Dash has just shy of 100 songs to play through, with additional songs coming in future updates. It even allows players to create a list of their favourites in order to easily access them, a feature I certainly appreciated. Muse Dash helps to keep players motivated by constantly unlocking new songs, difficulty levels and extra features after completing stages. Even with about half of the track list already unlocked on the Switch version, there are almost always new songs waiting to be played. Muse Dance also contains its own set of in-game achievements along with awards tied to each difficulty of every song in the game.

Muse Dash offered a lot more than I’d expected a mobile port ever would. The game has tons of catchy songs and features eye-catching artwork. Some players may be slightly put off by a few of the more scantily clad unlockable outfits, but this shouldn’t deter from what is an amazingly addictive rhythm game for the Switch.