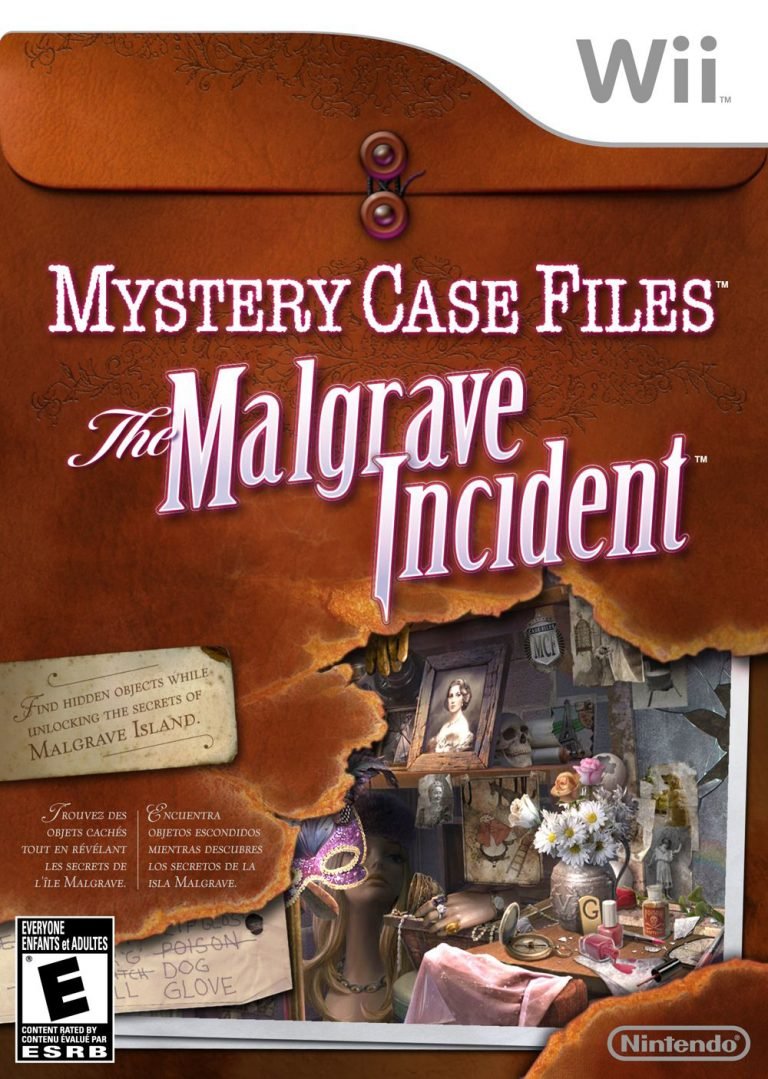 The point and click adventure is one of my favourite genres, and the big appeal of games like Myst is the depth of the player interaction with the world. There’s a mystery that we are tasked to solve and by finding puzzle pieces or using items we can traverse obstacles. It’s pretty cut and paste, but each game has varying levels of complexity. While Myst requires most players to look at a strategy guide at least once, a game like Starship Titanic is intuitive enough that most players find solutions through good storytelling and hints. The Malgrave Incident is the first of the Mystery Case Files series on the Wii and the first title from Big Fish Games to hit the console. At first you might think that it’s a relatively normal point and click adventure harkening back to the time of Myst and the Digital Village. Malgrave is in a genre of its own.

Now most of the time a statement like the one above would lead to a dazzling review of a game that’s a hidden gem amongst a pile of roughly cut diamonds. It’s true that for a certain kind of gamer the Malgrave Incident is quite the find. There being over ten iterations of the Mystery Case Files on the Big Fish Games website, the series has quite a following. Though it is guised as a point and click adventure, Malgrave is actually, as stated above, in a genre of its own. The Hidden Object genre – I believe – is relatively unknown to most mainstream gamers, but not if you count reading Where’s Waldo or playing Eye Spy when you were younger. The game still has puzzles, but the question remains if this key mechanic can carry the experience through for a newcomer like me.

The hidden object mechanic works just how you might suspect it to. You are given a number of words at the bottom of the screen and you have to find them in an illustration. Upon further inspection you start to realize that the hidden object environments, while sometimes cluttered, are really well drawn. The key objects you need to find are ingeniously hidden from the player and a game-slowing fog stops the player from randomly clicking on the screen. It’s akin to looking in a Where’s Waldo book except you have the Wii-mote in one hand and, in my case, my glasses at the ready.

This is probably the biggest issue the game suffers from. While the environments are detailed, the lack of HD makes playing Malgrave on a larger television screen muddy. There is a zoom in function that helps mitigate some of these issues, but I had to resort to playing Malgrave on a smaller television. There’s another iteration of the Mystery Case Files on the DS and from what I’ve seen the hidden object drawings are much smaller, more condensed and clearer, so it might be easier on the eyes if you intend to give the series a try. How you get to these puzzle segments is a different story, or mystery, or I couldn’t actually come up with a pun for this sentence.

The game is presented in first person with the player using the Wii Mote to move from scene to scene in a full 3D world. If you’ve ever played Dragon Quest Swords you might know what I’m talking about. The first-person perspective given to the player is an interesting, yet hindering touch to the game’s presentation. When you’re given freedom to look around in a genre like the Point and Click Adventure you expect that all around you will be clues and puzzles for you to solve. Malgrave gives you a number of different objects to collect like postcards, movie posters and the occasional inventory item. It’s when you start looking around you can’t help notice that the world – while being really nice looking – is slightly barren. Each screen in Myst had an object to interact with or a clue that you could find in the environment. Malgrave doesn’t quite pull that off and you start to meander looking around for inventory items that aren’t even there.

Everything gets sort of tedious after a while.

I have nothing against the game itself, but the hidden object mechanic that drives the majority of the game is a little overbearing. Malgrave is a Mystery Case Files game and going into this review I had no idea that the hidden object genre existed. To a normal player without any predilection towards this certain kind of game, Malgrave would inevitably be a boring experience. It’s not a game for everyone, but that’s no reason to entirely pan it because it’s driven by hidden objects and puzzles. I’ve always been a huge fan of point and click adventures, but don’t mistake this game for classics like Starship Titanic or any of the Myst titles. While there are traditional puzzles throughout the game, the hidden object mechanic is what drives this game.

This is definitely an experience for fans who are into the genre. The story was not enough to pull me through the entire experience, nor was the mystery behind it all. With some variety, with more voiceovers and with some tweaks to the overall game structure, the Malgrave Incident could have been a much better experience for a newcomer to the hidden object genre. The Mystery Case Files has a pedigree, and it’s a game that is sure to please fans, but not the many Nintendo Wii owners hungry for a new experience for their aging hardware.

The Malgrave Incident is the first of the Mystery Case Files series on the Wii and the first title from Big Fish Games to hit the console.
REVIEW SCORE
6
File Under: Mystery, Nintendo, Wii