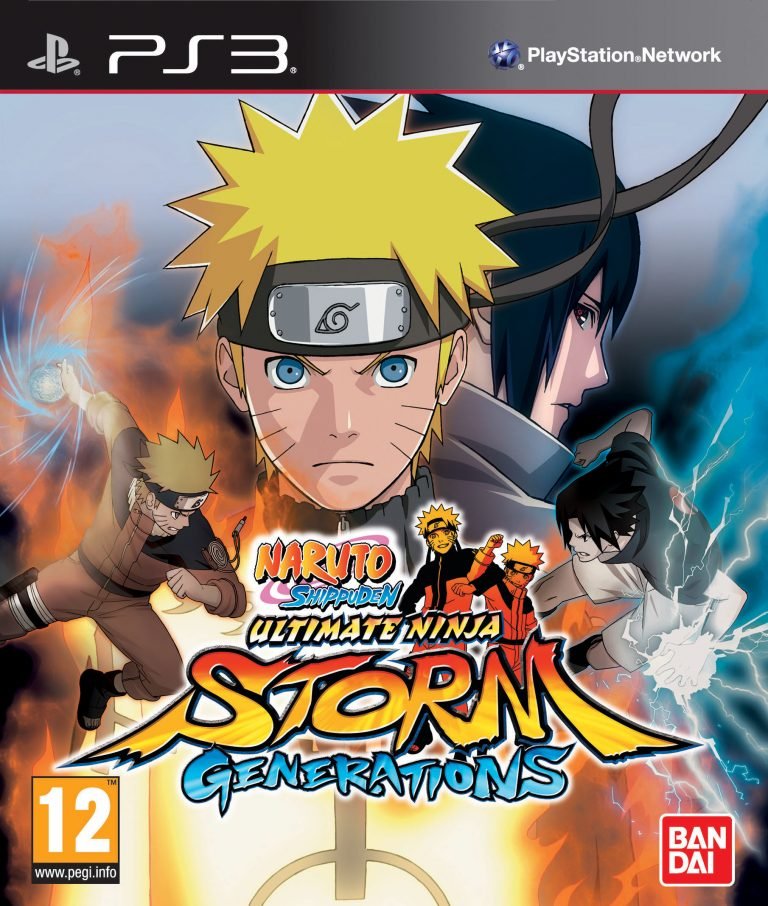 After 20+ fighting games centering around the Shonen Jump anime Naruto, we are treated to yet another with Naruto Shippūden: Ultimate Ninja Storm Generations.  The staple of cel-shaded graphics continues and surprisingly, looks better than ever and hasn’t lost its appeal. The menus and overall art direction have an expected, stylized anime charm that, while it may not work for everyone, knows its audience and targets it directly. If you’re at all a fan of the series, you’ll feel right at home with what’s offered.

Overall there is very little to complain about in Ultimate Ninja Storm Generations.  Visuals are graphically beautiful and appealing, the sound and music are suited perfectly for the subject matter, and the fighting feels true to the ninja inspired Naruto franchise.  Voice acting was spotty at points – but once again, consistent with the Naruto franchise.  There’s also a well implemented multiplayer system and extras like unlockables and bonuses given for simply playing the game – Naruto offers a lot to do for players in a concise package that knows exactly what it is and what its purpose is.

I jumped right into the very expansive story mode of Ultimate Ninja Storm Generations and was treated to a great introduction to the story through cut scenes taken right from the Naruto TV show.  After playing through a couple of single player scenarios that take individual characters through the series’ story line, I had a better impressions and understanding of who this game was made for.

The chief problem is the game does little to bring the non-Naruto game fan into the fold. It does an adequate job of bringing players up to speed on the backstory of the 70+ characters, but it assumes,  incorrectly in my case, that you’ve played the previous games and know how the mechanics work. Ultimate Ninja Storm Generations does a poor job of teaching the fighting mechanics while playing.  There are also many elements of gameplay that lack tutorials and learning the controls on your own can feel unintuitive.

Despite the anime/mange roots, there is a depth of gameplay with difficult combos and techniques that will surprise people expecting a breezy experience. When I first started playing the game I was unable to beat the first combatant, despite being very familiar with the pacing of fighting games and knowing when to block and when to attack.  After repeated attempts, I gave up and had to move the difficulty down to easy before continuing.  Even with the easier difficulty it was a struggle to win battles to continue the story.

It wouldn’t be fair for me to fault a game because my lack of skill – so I won’t.  But the experience as a whole is exclusive to a degree.  While Naruto does much to appeal to Naruto fans, that unattended audience is left a little too clueless about the fighting system with a lot of depth and an assumed familiarity with the particulars of the engine. Naruto Shippūden: Ultimate Ninja Storm Generations is a fundamentally well-constructed game that suffers from relying too much on familiarity with the game franchise itself. Beyond that we are left with a purpose built game that delivers on nearly all fronts.

Naruto Shippūden: Ultimate Ninja Storm Generations is a fundamentally well-constructed game that suffers from relying too much on familiarity with the game franchise itself.
REVIEW SCORE
8
File Under: Anime, fighting game, Naruto, Ninja, Xbox