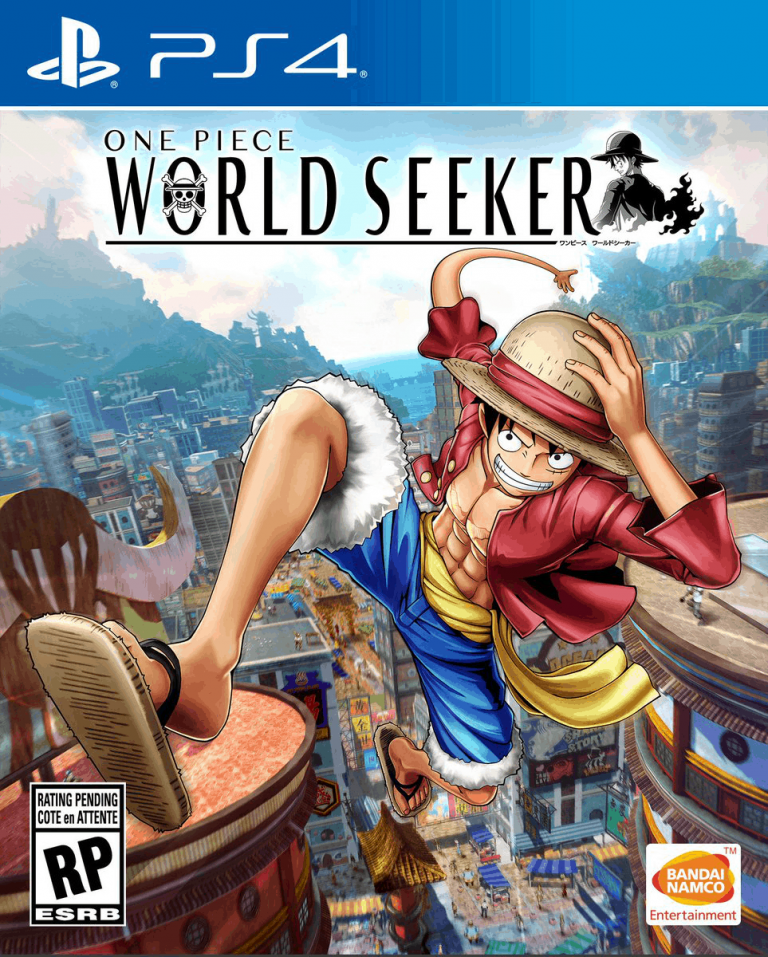 One Piece: World Seeker is the first open world game in the series, and it shows. It’s a by the numbers game, which seems content to have all of the features that make up a modern open world game and none of the magic that makes it compelling to play. Not only does it fail to capture the spark that made me love One Piece, it fails to be much of an entertaining action-adventure game in its own right.

From the get-go, it’s apparent that World Seeker is designed for people who are at least somewhat familiar with One Piece, and newcomers should best look elsewhere. World Seeker is set on Prison Island, an original island featuring a story that was worked on by One Piece author Eichiro Oda himself. The Straw Hat Pirates are lured to the island on the promise of a horde of treasure in one of the prisons, but quickly find out that this was a lie concocted by someone looking to lure them there. Separated in the chaos that follows, Luffy must reunite with his crew, deal with the conflict between the Anti-Navy and Pro-Navy forces on the island, and uncover the relationship between the island’s warden, Isaac, and the Anti-Navy leader Jeanne.

With the right tools, that premise could be a compelling narrative. Instead, the story merely serves as a tool to get as many of the most iconic characters in One Piece to the island for some non-canon shenanigans. The Admirals, Germa 66, Crocodile, Buggy; the list of characters given flimsy excuses to appear on Prison Island is long, and none of them are used in an effective way, with most serving as boss fights here and there. Much more interesting are the characters of Jeanne and Isaac, the latter of whom shines everytime he gets a minute of screentime. But Jeanne suffers from a severe case of making Luffy do everything she wants, and what development her character gets is few and far between. And Isaac, despite stealing the show with his army of robots and power armour that makes him look like a medieval-knight, doesn’t get a lot of development until a last ditch attempt to turn him into a tragic villain. Put simply, if you’re looking for a good story, look elsewhere.

The best thing that can be said about World Seeker is that the characters and animation are well crafted. Vibrant colours and liberal use of dark lines make models look cel-shaded, which makes the characters pop whenever they’re in frame. From the Straw Hats themselves, all the way to the lowliest Navy grunt, the models look good, at least in comparison to the environment around them. This extends into attacks as well, as Luffy looks great pummeling enemies with Gomu Gomu no Gatling, Red Hawk, and Gear Fourth. Even enemy attacks stand out, as CP-0 agents use Rankyaku to slice the air and certain enemies smoke, lava, and ice attacks pop against the background.

The same level of detail can’t be said for Prison Island itself, which is devoid of both character and charm. Much of it is empty green space populated by cliffs, trees, and the occasional group of enemies, with little in the way of anything interesting. The city and villages are worse, as even though there are people walking about or standing around, there is nothing to do in them besides hunt for a treasure chest, complete a mission, or fight a sailor/pirate. It’s lifeless, and it wasn’t long before I relied solely on teleporting to each of the named locations via the map to get to the action quicker. Yet one particular story mission prevents fast travel, tasking you with running the entire length of the island to complete objectives. It merely serves as a reminder that Prison Island’s name is a bit too on the nose.

Apart from exploration, which is unrewarding, most of your time in World Seeker will be taken up by completing missions. Though there are dozens of missions, objectives broadly fall into three categories: going to a specified location and talking to someone, delivering a set number of materials, and fighting enemies. There is little variety in what you do, and the quality of a mission more often than not depends on what surprise One Piece character you’ll meet rather than anything else. Of the three kinds of missions, it’s only fighting that offers any semblance of satisfaction.

Yet even the combat becomes boring after awhile. There is one button dedicated to attacks, while there are a number of attacks you can pull off by holding the button down or using one of the special attacks, the quickest and most efficient way to fight is to mash that one button. Luffy has two fighting styles: Observation Haki, focusing on quick attacks and dodging, and Armament Haki, focusing on power and guarding. You can switch between the two at the push of a button, and while both have merits depending on your playstyle, they both suffer from the inability to cancel animations. When you attack, you are stuck in the animation until it ends. Two abilities for both fighting styles slow down time if you execute a perfect dodge/guard, which is impossible to do in an attack because you can’t cancel out of it. That means that you’re either left waiting to dodge to perform a counter, which could take some time depending on how aggressive the AI is feeling that minute, or left to mash the attack button to end things quickly. And good luck if you want to use the lock-on system, because it forces you to recenter the camera constantly as it doesn’t actually track enemies when they move.

Luffy also has access to ranged and stealth options, should you decide that simply running up and punching people is too tedious. Ranged attacks rely on a meter, which slowly charges back over time, but are otherwise fine additions to Luffy’s suite of attacks. World Seeker’s attempt at stealth is another story. Barrels are located throughout the game that Luffy can hide in to sneak up on enemy patrols, but is always quicker to just quickly walk up to an enemy to perform a one-hit KO stealth attack than it is to actually engage in the stealth sections. And once you purchase certain upgrades, enemies practically can’t see Luffy unless he runs at them in the direction they’re facing.

And yes, there is a skill tree where you can unlock new abilities for Luffy and improve his existing ones, but apart from a handful of unique attacks, most upgrades are passive. Of those, half of them can quickly make Luffy very overpowered in the early game, while the other half can safely be skipped. Amusingly, you can upgrade how quickly you can open a chest, which can take upwards of ten seconds depending on the rarity of the treasure. It feels like a skill tree was included solely because these kinds of games typically have skill trees, and it’s so average that it’s difficult to dislike in the face of everything else.

There are so many little things that annoyed me throughout my time with World Seeker. Luffy’s inability to deal with aerial units makes many battles more annoying than they should be. Despite there being a city full of tall buildings that are ostensibly there to jump off of and swing from, snipers positioned on top of most of them can send you flying to the ground with ridiculous precision in one hit. There’s the fact that we rarely see the other Straw Hats actually do things outside of cutscenes, where they’re content to let Luffy do everything. There’s the Karma system, which lets you watch unique scenes with different characters once certain conditions are met, and none of which are ultimately worth viewing. None of these are too bad by themselves, but in the grand scheme of things, they all add up to weaken the game as a whole.

One Piece: World Seeker, apart from a select few elements, is tedious. The basic gameplay loop has nothing special going for it, and none of the elements that make One Piece special do anything other than highlight just how bland the game is as a whole. One Piece at its best is full of joy, surprises, and most of all, a sense of adventure, all of which are sorely lacking here. Trust me when I say that even the most die-hard One Piece fans should look elsewhere.

One Piece: World Seeker is a boring open-world game that does a disservice to the Straw Hat Pirates.
REVIEW SCORE
4
File Under: Anime, Bandai Namco