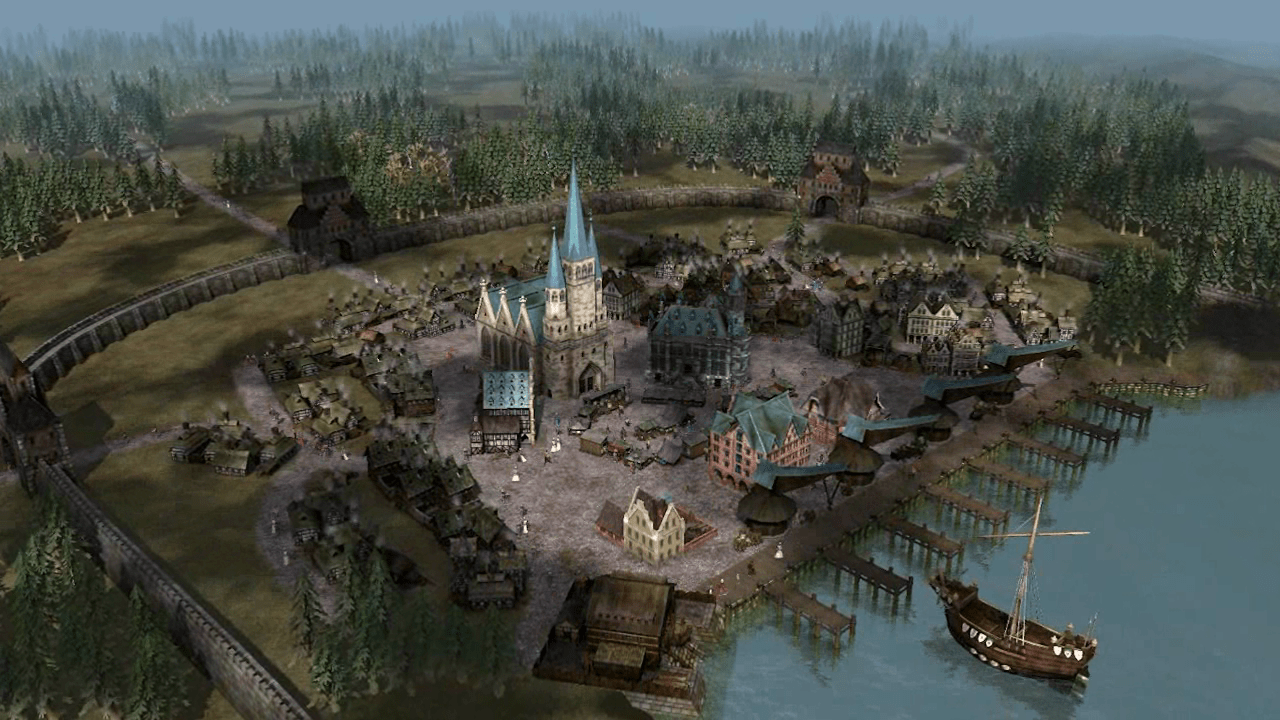 Similar to what they did with Tropico 3, Kalypso Media has revived another obscure strategy series with the release of Patrician IV.

For those of you that aren’t aware, the Patrician series of games are medieval trading sims that task you as one of the many intrepid merchants trying to make it rich in the Hanseatic League.

Case in point: the major way you interact with the world is by looking at a menu with sliders that determines how much you’re buying various goods, like salt, mead and cheese, to be sold for a profit elsewhere.

Pretty much all of your problems can be solved by making sure the right people have the right supplies at the time they need it. For example, if you want to punish a local who’s getting too big for his breaches, all you need to do is drag all of his food into one of your convoys that’s set to sail and watch him starve. More bizarrely, you can even use the power of your wealth to win the affections of the maiden that you want to marry by ensuring there’s enough food and drink stocked in your warehouse for the wedding reception.

Putting stress on trade for a game that’s based around mercantilism makes sense, but at times, it gets ridiculous and doesn’t make a whole lot of sense – particularly because the people you aim to please with your various goods are almost never satisfied, forcing you to micromanage their happiness on a constant basis.

Perhaps realizing that just trading via a menu with sliders can get really dull, really fast, Gaming Minds, the developers of the game, threw in two other gameplay avenues, politicking and ship-to-ship combat.

The way politics works pretty simple. If you’ve amassed enough wealth and acclaim you have a shot at being elected mayor of your home town. The election process can be pretty fun because you can play the underhanded route and attempt to assassinate your competition or even stir up the masses by fabricating lies about your competitors.

When elected, however, the fun stops there because incessant micromanagement rears its ugly head again. Not only do you have to worry about the well-being of your customers, but you now need to take into account all the needs of your town such as building city walls and meeting the constant demands of the townspeople.

You can eventually work your way up to being the head of the Hanseatic League through political machinations and by ensuring you’re a great trader and the reward for this is worth it because the smaller tasks that you had to constantly juggle with before can be delegated to your underlings. With that said, it’s still a long, painful road to get to that point and trying to make it to the top feels more like real work than virtual play.

Thankfully, the ship combat is a lot simpler than anything else in the game. Your convoys will always be in danger of being attacked by pirates, so you can choose to send out battleships to deal with the menace.

All you need to do start engaging in battle is upgrade your fleet with a few cannons and hire sailors to man them. The combat itself, isn’t terribly exciting, since all you can do is just select the kind of shots you want to take and who to target, but it’s a welcome distraction to see visual confirmation that you are actually doing something in the game, as opposed to the menus that dominate the way you have to play.

Presentation-wise, Patrician IV is a little underwhelming. Graphically, the town and ships look pretty good, but you can’t zoom in and take a real gander at everything. Instead, you’re forced to watch the game from a bird’s-eye view. As for the sound, well it’s just sort of there. In the background you’ll hear inoffensive, but very forgettable medieval tunes, a lot of birds chirping, the sounds of the ocean – with canon fire if you’re fighting pirates – and that’s about it.

Overall, Patrician IV is a very dry affair that does nothing to inject any sort of excitement into the business-strategy genre. Making it only recommended for the most devout buffs of the genre or those who played the previous three games. With the way you must wade through menus to interact with the game it’s almost as if you’re playing a Facebook game, except for the fact that those games are free and some of them are actually better than this product.