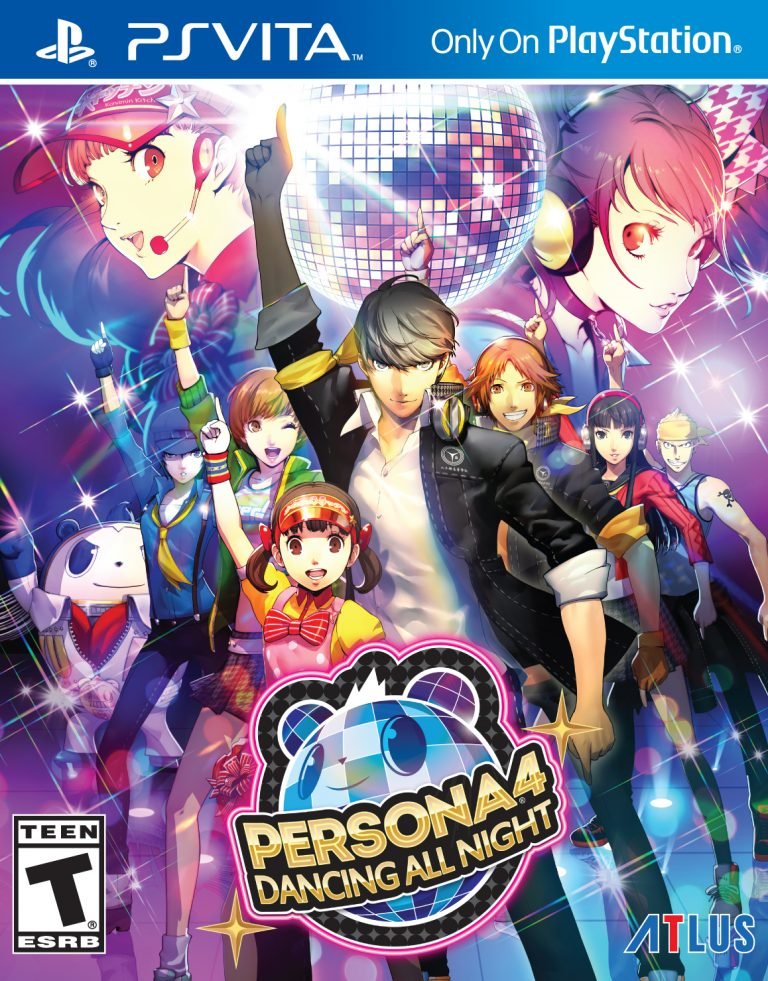 What to say about Dancing All Night? This is my first introduction to the world of Persona, and indeed the MegaTen franchise as a whole, so I can say without a doubt that this new Persona spin-off is relying heavily on brand appeal and fan service for success. While it delivers heavily on those fronts, its less-than-brilliant gameplay, awkward pacing, and absurd price tag leave much to be desired.

I promise faithfully this isn’t just an outsider (gaijin?) struggling with the narrative of the Persona series. In fact, there’s so much direct reference to the events of the previous core games in the franchise that I’m curious enough to check them out. That being said, Dancing All Night is absurdly slow to pick up, even for a spin-off of a narrative-heavy JRPG franchise. There’s well over an hour of non-stop dialogue before the game’s first dance sequence (battle), and over an hour more between that and the second. It picks up sharply after that, but in a game with around ten hours of total gameplay in the story mode, to have the game’s focus—the dancing—occupy roughly seven minutes of the first three hours is… painful, so say the least.

Oh and that dancing instead of battling thing? Yeah, there’s a pretty flimsy hook for that, but I’ll let it slide. If you’re going to make a spin-off, you might as well go big, right? But that also brings me to my second biggest gripe in Dancing All Night: the dancing. I don’t mean the rhythm part of the equation; I mean the actual animated dancing. There’s nothing wrong with how it looks; quite the contrary—even if it’s a bit ridiculous and over-the-top (but, hey, dancing instead of fighting). My gripe is that you never really get to see it. And critically, Atlus’ attempts to bring it front-and-centre have actually hindered some of the rhythm aspects.

Allow me to explain. While dancing, whichever character happens to have stepped forward at that particular part of the story (or be assigned to that song in Free Play) will occupy most of the centre of the screen. This means that the rhythm matching zones encircle the outer edges of the screen, which does two things. One, it ensures that they’re all just far enough apart from each other to not really allow you to focus on all of them at once; and two, it means that you’ll never get to see the fruits of your labours reflected in your dancers as a result of your eyes frantically darting from one edge of the screen to the other in a desperate attempt to not fail miserably at the timing. The whole thing feels just too busy, even for a rhythm game.

The story, though—apart from the weak justification for dancing instead of head-smashing—is, as best I can tell, very much in keeping with Persona tradition. The shadows from previous games are back, only this time as helpless souls just looking to fit in, and it takes place in a different world, though not that of the TV (which is stated plenty of times in the early game). It’s still the usual high-school kids solving a paranormal mystery, though, but this time it’s rescuing pop idols instead of solving murders.

All the usual cast are back, including Yu, Yosuke, Yukiko, Naoto, Rise, Chie, Kanji, and even Teddie. There’s also a half dozen new supporting characters that make up the idols and their managers, though the primary focus is on the usual crew. The one thing that struck me as odd, though, is that even in the game’s Free Play mode—which allows you to play through songs unlocked via the story or DLC—each song only has one dancer, and a couple optional backup dancers. Why, when it’s as simple as model-swapping the meshes and textures over the existing wireframe animations, can I not choose any cast member for any song? The whole thing feels a little hastily cobbled together, if you ask me.

And that brings me to what is undoubtedly my biggest concern with Dancing All Night: it’s SIXTY freaking dollars. For a Vita game. For a Vita game that’s a spin-off! What? And there’s a $100 Disco Fever edition. And thanks to the Japanese launch earlier this year, there’s already a wealth of DLC for the game, and much more on the horizon (though, about half of it all is free). Even a die-hard Persona AND rhythm game fan would have to be mad to pay that. It’s not like they had to license the songs or anything, they’re all from existing Persona titles. It boggles the mind, it does.

Dancing All Night has its moments. The songs (27 total, not counting DLC) are pretty catchy; they’re fun on Easy, challenging on Normal, brutal on Hard, and overwhelming on the unlockable All Night mode. And the system that rewards performances with currency for unlocking additional costumes and power-ups for the Free Play mode adds a bit of longevity. But the game makes such a point to establish itself as a tangential side story to the franchise that I have trouble recommending it to even the most avid of Persona collectors. There’s an irony to making such a shameless cash-grab of a spin-off where the whole game is an allegory for the importance of being yourself over what other people want. If you’re looking for that kind of blunt moral direction, pick up a box set of the Captain Planet animated series on Amazon. I promise it’ll be cheaper and less awkward to sit through.

Dancing All Night has its moments. The songs (27 total, not counting DLC) are pretty catchy; they’re fun on Easy, challenging on Normal, brutal on Hard, and overwhelming on the unlockable All Night mode.
REVIEW SCORE
6.5
File Under: Persona, rhythm