Reach Out For The Truth Once More
SCORE: 9/10 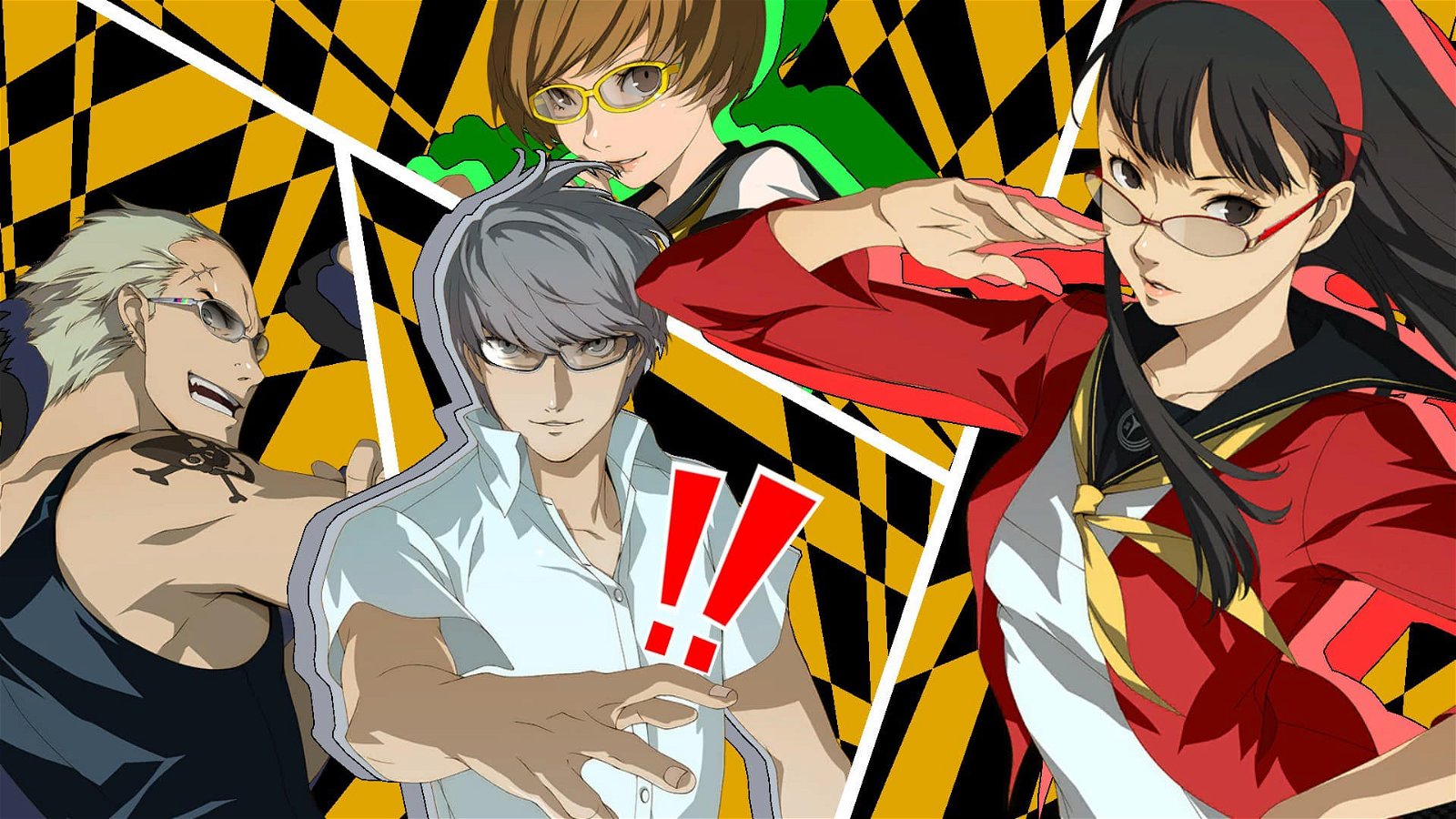 The mainline Persona series has finally escaped its PlayStation platform exclusivity with the release of Persona 4 Golden on PC, and I couldn’t be happier. Persona 4 Golden was the highlight exclusive JRPG of the PlayStation Vita, and while I loved playing the game portably, the PC release has brought new life to the game thanks to its addition of HD resolutions and higher framerates that make this port the definitive way to experience the infamous murder mystery surrounding the foggy rural town of Inaba.

PC players brand new to the Persona franchise are in for quite the treat with Persona 4 Golden. Fresh from the city, players take the role of the entry’s unnamed protagonist, who has transferred to the small town of Inaba as a transfer student to Yasogami High for a year’s time. While at first your student life is filled with spending afternoons with new friends, studying for tests, and participating in club activities, the mystery of “The Midnight Channel” and its serial killer begins to develop. Upon learning that the killer is murdering their victims by pushing them into a TV and into another world, you and your newfound companions set off to this other to investigate, using the spiritual powers of your personas to stop the killer and uncover the truth.

Persona games can be overwhelming for new players to get into due to how many things they have to balance at once. Will you study for a test to increase your knowledge, hang out with one of the many charming inhabitants of Inaba to increase your social links and empower your personas, or will you spend the day trying to rescue one of the killer’s victims trapped in the other world? Time is the most valuable finite resource you have in Persona 4 Golden and you want to make sure you’re using it as effectively as possible. However, don’t be surprised if it takes an additional playthrough in New Game Plus to max out your remaining social links or read the remainder of the 38 books you never found the time for. You may even fail to discover the “true” ending if you’re not careful.

With many new fans experiencing the series for the first time on PlayStation 4 through either Persona 5, or Persona 5 Royal, I still highly recommend they check out Persona 4 Golden as well if they have a good enough PC. Despite its dated visuals, simpler gameplay mechanics, and lack of uniquely designed dungeons, the one thing that still stands out from P4G amongst other entries in the series is its main cast of characters in the investigation team. I still enjoyed my time with the Phantom Thieves of P5, but the one component I felt was sorely absent was the sense of comradery and friendship between the members of the group. In Persona 4 there are so many memorable events and trips that bring the group together that not only further develop the bonds with your character but amongst each other as well. The additional month of gameplay and events added on top with Golden’s expansion only makes this already memorable journey that much more endearing.

I’ve currently clocked in just over 24 hours into the PC port of Persona 4 Golden and my experience so far has been rock solid, without encountering any bugs or crashes that could ruin the hours of grinding and progress I had made while running through any of the game’s dungeons. Since Persona 4 Golden is just an expanded port of the original PS2 game that released all the way back in 2008, it should be of no surprise that any modern rig should be able to run the game with ease at above 60FPS at the highest settings possible. The PC port supports resolutions up to 1080p, features full support for both keyboards and gamepads, as well as uncapped framerates.

Add in a pass of antialiasing and increase the render scalability to 200% and suddenly P4G has never looked sharper, removing all of the jagged edges from the character models and environments that were present on Vita and PlayStation 2 due to their hardware limitations. Sadly, the one aspect of the game that couldn’t receive any uplift from coming to PC are the animated cutscenes, which are stuck at a lower resolution that even on a 1080p screen can look quite pixelated. While I enjoyed the uncapped framerate initially, I opted to instead play the game locked to 60FPS using V-sync to prevent the jarring screen tearing that would occur during these cutscenes.

Persona 4 Golden remains one of my favorite RPGs of all time and this rock-solid PC port is quickly becoming the definitive release of the game for me. I’m overjoyed that games that were previously stuck in the PlayStation vault of platform exclusives are finally making their way to PC for a wider audience of players to enjoy with better performance and enhanced visuals. With Death Stranding and Horizon Zero Dawn also releasing in the coming months, who knows what else might be coming around the corner this year to enjoy on PC.