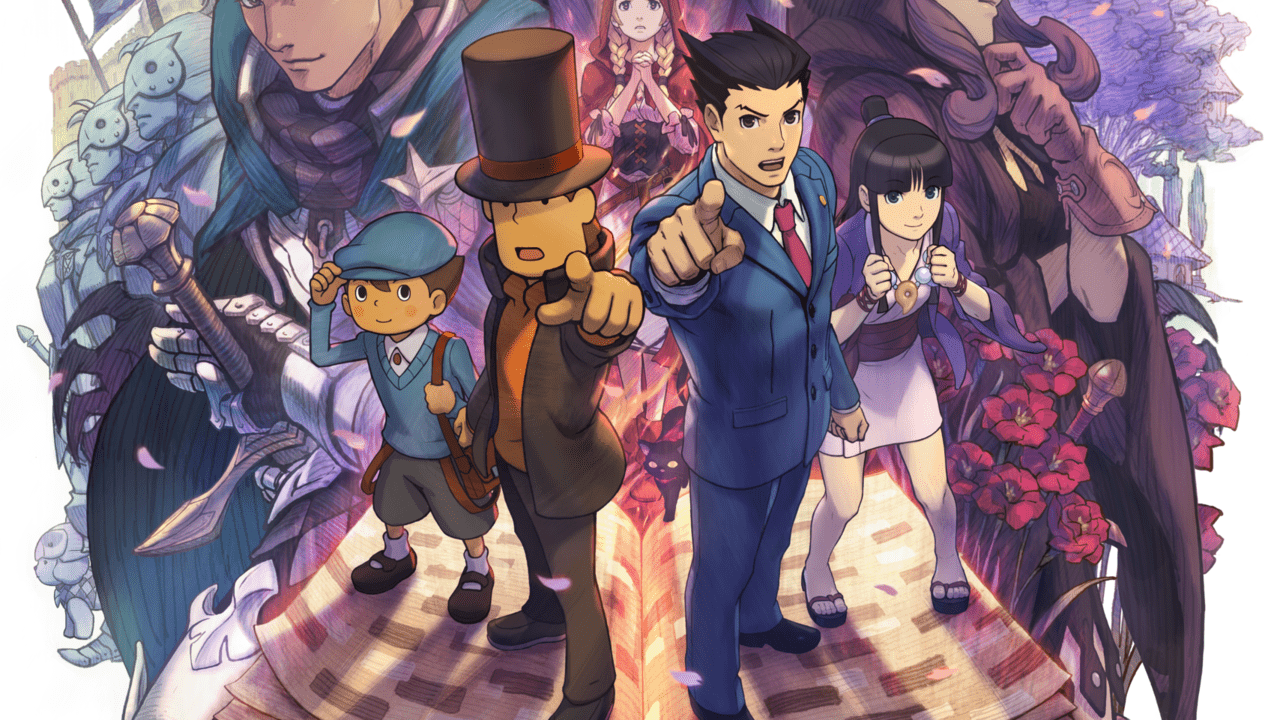 Ever since their Nintendo DS days, Level 5’s Professor Layton and Capcom’s Phoenix Wright: Ace Attorney series were destined to cross paths. The handheld heroes were so similar that it felt like only a matter of time before they teamed up. That’s the purpose of Professor Layton vs. Phoenix Wright Ace Attorney; getting these two on the screen at the same time. While the adventure feels like two games Frankenstien-ed together, it works by giving the fans the best of both worlds.

The game starts by dropping players into London England. A woman named Espella Cantabella knocks on Professor Hershel Layton’s door. She’s lost, confused, and hunted by witches. Layton–being the gentleman he is–lets her seek refuge with him and his apprentice. But she doesn’t stay safe for long. This starts a chain of events where professor and his apprentice are sucked up into a book and Espella gets arrested. Enter Phoenix Wright.

Conveniently enough, the Legal League of Attorneys sent him to England in some kind of exchange program completely disregarding the fact that England’s judicial system is different from America’s. But for the sake of the story, they’re similar. After the trial, he gets sucked up into the book too.
This is where the story really starts to hit its stride. This people eater isn’t just a book. It’s an ever-expanding living chronicle of a gated pseudo-medieval town known as Labyrinthia. The citizens don’t really follow logic there, and are governed differently than the real world. The Creator writes stories and passes them to the people, the Order of Knights protects the citizens from whatever new story is tossed at them, and the Inquisition tries anyone they see as a threat. The town goes into a panic after the newest story is released, and all the fingers point to the new, mysterious visitors. To escape, the puzzle loving professor and the ace attorney must solve the mystery of this strange land.

To accomplish this, the game is split into Layton sections and Wright sections. Professor Layton does most of the work by traversing the town, talking to locals, and completing an absurd amount of puzzles. These vary from sliding blocks, to moving a character through a maze. It’s typical Layton gameplay here. This is where most of the story unfolds, so expect to read a lot with some play-breaks to solve some puzzles. These parts of the game are really slow, and pretty easy.

Then there are the Phoenix Wright chapters. These parts of the game are a welcome change of pace from the dry Layton sections, mostly because of Wright’s sarcastic personality mixed with off the wall characters. These parts of the game don’t really add much to the story, and the play style is completely different to the point where you feel like it’s a different game, but they add a “boss battle” feeling that rewards the gamers for their hard work. Here, players interview witnesses, look for inconsistencies in their stories and present evidence to prove the witness is lying. It takes a certain amount of focus to really master it. As the game progresses, they add more elements like multiple witnesses at the same time, so no trial ever feels the same. The one issue with this part of the game is that the answers are too specific. There are times where the inconsistencies are easy to see, and the evidence used is fairly obvious as well, but the path to presenting the evidence isn’t. It causes needless frustration. But once everything clicks, there is a really rewarding feeling.
The problem is, the game flips back and forth so often that both play styles end as soon as you get used to them. It feels like the developers couldn’t really decide which direction they wanted to take, so they split the games down the middle and sewed two halves together. There is also a considerable difference in difficulty that makes the transition to either character a little bumpy. The Layton sections are so easy that once a bit of challenge is presented in the Wright chapters you’re not prepared for it, which hurts the momentum of the game. The difficulty doesn’t prevent progress. It’s just annoying enough to make the game’s difficulty spikes feel unnatural, which takes away from the overall enjoyment of the absolutely bonkers situation they’re in. Instead of an upward progression in challenge, it feels more like a zigzag. Despite this, the game manages to stay pretty interesting and is really fun. Both parts have common ground in the use of logic to overcome obstacles, so they compliment each other while staying true to the gameplay we’re all familiar with. Either series is fun on its own, so mixing the two is still enjoyable. Plus, seeing Professor Layton and Phoenix Wright together probably helps more than it hurts.

The result is something that will please long time fans and newcomers alike. But there’s always a lingering feeling that something feels off. The experience isn’t bad. It’s just that the differences in gameplay and difficulty inconsistencies make it feel like you’re constantly starting and stopping before either side can really take off. At the same time though, they compliment each other by being so fun and captivating. This, along with an intriguing story of magic, and zany characters, make the game pretty memorable. At the very least, we can all take comfort in the fact that these two were on the same screen at the same time.

Either series is fun on its own, so mixing the two is still enjoyable. Plus, seeing Professor Layton and Phoenix Wright together probably helps more than it hurts. 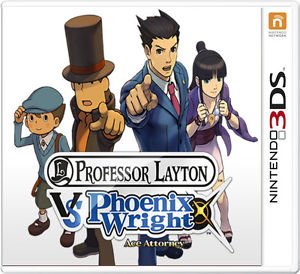