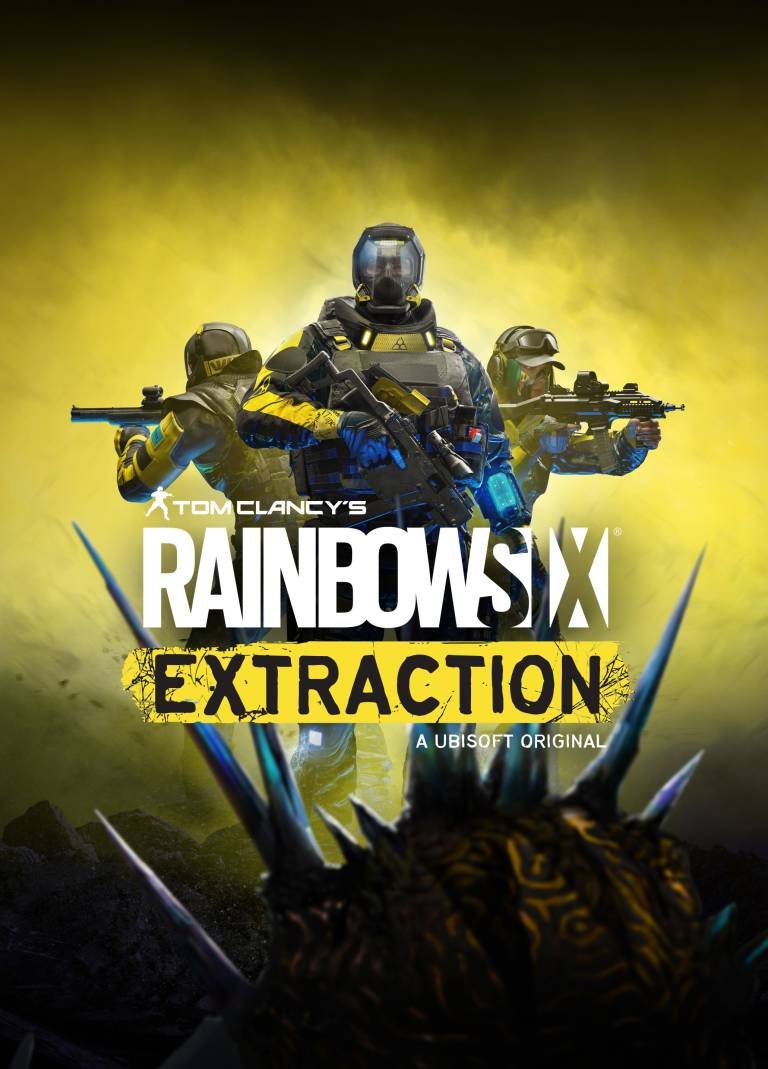 Rainbow Six Extraction is the 14th mainline entry in the Tom Clancy storied series that takes away the PvP aspect all players know and love from previous entries. Insert fan-favourite operators such as Sledge from Rainbow Six Siege into a horror PvE extravaganza spin-off that isn’t unlike the ‘Zombies’ add-on from the Call of Duty franchise but adds enough story elements to stand on its own two legs.

Previously announced at E3 2019 as Rainbow Six Quarantine, world events have pushed the title back, and made Ubisoft notably change the title so as not to benefit from the COVID-19 pandemic. Quarantine was tone-deaf, and as the game beats into the player’s skull, Extraction is literally the most important part of gameplay.

The beginning cutscene of Rainbow Six Extraction sees an invasion from an alien parasitic lifeform known as the Archaeans to Ellis Island. The haunting imagery adds a desperation for humanity, where our operator heroes from Siege come into play. The graphical nature of this storyline cutscene feels very much like Deep Silver’s Dead Island debut trailer from 2011, except the graphics totally match and the plot material relates to the game. The end of the cutscene, shows the Statue of Liberty’s head falling off, and facing the camera backwards—chilling.

This is where we are introduced to an overwhelming amount of information that is thrown at the player in a rapid-fire method. A glaring issue is present immediately, Rainbow Six Extraction assumes the player has either played Siege before, or has played if not one, multiple FPS type games. Luckily, I’ve played Siege and the HUD, while upgraded, is still similar enough to feel as if it’s riding the same Siege bicycle. Once you’ve played that game, this one should be easy enough to delve into. If the player has not played an FPS before, they will have a rough go of the introduction.

“If the player has not played an FPS before, they will have a rough go of the introduction.”

While I was still attempting to digest all the encyclopedic knowledge about the new Archaean threat, and the absolutely stunning cutscenes, I was thrown into a VR training mission that told me the what’s-what of the title. This game is truly NOT for beginners in the genre.

The REACT military group, to which the operators are assigned to, wear FBI-like jackets in Rainbow Six Extraction, and they’re humanity’s number one hope against the Archaean menace that threatens extinction. The group brings together studies, data, a detailed Codex, and many other kinds of information for reading in between missions. So, not only is the player tasked with shooting endless waves of enemies, certain missions and tasks require the player to research and understand this new menace. Oh, and the operative Thermite is now one of the big wigs instead of a playable character, who would’ve thought?

“The REACT military group…wear FBI-like jackets in Rainbow Six Extraction, and they’re humanity’s number one hope against the Archaean menace that threatens extinction.”

One thing is immediately certain, the graphics of this title on the Xbox Series X are top-notch, and the gameplay is buttery smooth in transition. There are no frame rate issues, or other unpleasantries that could normally plague titles that have a lot going on. From general movements to interacting with the environment, basically every control in the game functions smoothly. The long development period worked true wonders on the visual and technical presentation; Rainbow Six Extraction is a complete product.

The VR Mission introduces the player to a type of objective that is featured in Rainbow Six Extraction. This is one of the mainline features of Extraction, the objective based gameplay. There is a wealth of objective types to complete in humanity’s struggle against the Archaeans:

Besides the ones listed above, there are nine possible others, but possibly the most unique is MIA Rescue. In Rainbow Six Extraction, a fireteam of up to three players can work together to complete these objectives. If an operator gets KO’ed and left behind, they cannot be played again until rescued, which adds serious importance to the extraction part of the objective. The fireteam can rescue operatives in this objective by pulling them out of a cocoon-based tree that holds them. While all three operatives work together to stop enemies, and the tendrils of the tree to overpower the team, a true sense of camaraderie occurs due to the urgency of retrieving a favourite operative.

The same thing occurs when a player is KO’ed. The remaining teammates can carry the fallen one to the extraction point, so the member doesn’t lose access to the operative. This is an extremely unique design choice and gives players a sense of urgency. If an operator is listed as MIA, the progression the player achieved through them is lost until they are rescued. I truly think Rainbow Six Extraction is survival at its highest point.

The operator choice screen has a decent variety, only nine are available at the start, and nine more are unlockable through progression of study and successful extractions. There’s a variety of Siege returns, such as the heartbeat-sensor-equipped Pulse, and the decoy deploying Alibi. I much preferred the customization screen of the Rainbow Six Vegas entries, but this works. There is an issue though, if two players on a fireteam want to play as the same character, they’d need to come to an agreement, because the same operator can’t be played twice in an extraction run. For utmost tactical advantage, the Rainbow Six franchise should allow players to use any weapon loadout they want with whichever operator. This would allow freedom in the character selection screen.

In certain areas of the game, the suspense aspect is readily apparent as anything can pop around the corner. It’s Rainbow Six, just with horror alien paint. There are many instances where I felt the character-slowing sprawl and Archaeans were ripped right out of the upside-down from Stranger Things. There is even an Archaean that looks like a Demogorgon. For maximum immersion and react time, I highly recommend surround sound or a high quality headset. Not only does it help, it really increases the dread level on the survival horror fan.

Rainbow Six Extraction is a unique entry into the franchise that dares to break the mould on what fans know and love about the series.

Rainbow Six Extraction is a unique entry into the franchise that dares to break the mould on what fans know and love about the series. The addicting Siege-based gameplay and operators allow longtime fans to slide comfortably into the new atmosphere but isolates new FPS genre players, as the game does assume players are at least a little familiar with the genre.

It’s also worth noting that, although the title is brand-new, it’s hard to see it as a mainline entry when the operators are the same as Siege with the same control scheme. This title could have been utilized as a side piece of DLC to Siege instead of a mainline entry, similar to the Call of Duty Zombie mode.

Rainbow Six Extraction does JUST enough to be a different game, but it straddles the line a little too closely. The amazing graphics and gameplay stand out as one of the cleanest in the series and is a neat concept that throws the franchise into unmapped waters for the first time. For this, the title hits the nail on the head.

Rainbow Six Extraction is an excellent concept that will delight Rainbow Six fans that are tired of the PvP scene of Siege. The title has a select audience and may isolate newcomers to the series, but with the direct to Game Pass release it is an easy recommendation to subscribers because it works EXTREMELY well.
REVIEW SCORE
8
File Under: PC, PlayStation, Rainbow Six, Rainbow Six Extraction, Tom Clancy, Ubisoft, Xbox