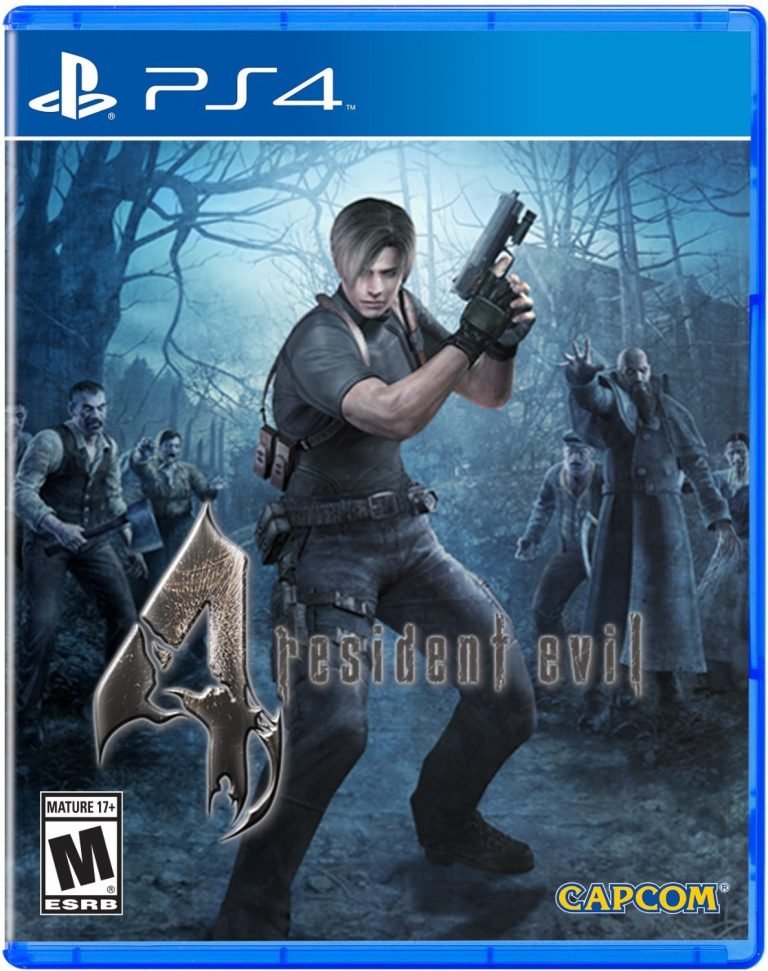 Resident Evil 4 always slides into “best of all time” gaming lists, and for good reasons. The landmark 2005 title reinvented not only survival horror, but the modern gaming landscape in general. Its influence can still be felt on titles coming out in 2016, and I suspect that’ll continue to be the case for a while to come. Not only that, but it represented a “peak” moment for Capcom’s flagship franchise as a whole, which has taken a series of questionable turns in the decade since. With the new entry, Resident Evil VII, right around the corner, now seems like a great time to revisit the series’ crowning achievement—with apologies to Resident Evil 2.

Capcom’s made that revisit a bit easier with a new version, available on the PlayStation 4 and Xbox One. Of course, these versions aren’t actually “new.” They’re based on the second PC port, which is itself based on the PS3 and 360 ports, which themselves draw from the Wii version, which was a combo of the Gamecube original and the PlayStation 2 port. Basically, this is a game that can be had on almost every console since two generations ago.

So why buy this version? For starters, if your PC is a literal toaster, this new version lets you experience Resident Evil 4 at 60 FPS, which is a nice perk. Everything runs at a consistently fast and reliable clip, as one would expect from a port of an 11-year-old game. It also boasts trophy and achievement support, although the trophy sets are actually just rips of the PS3 and 360’s (I checked.) Also, it’s worth noting that this version goes for a bargain bin price, and what you’re getting is more than worth it.

Because, frankly, Resident Evil 4 remains one of the medium’s finest experiences. If this was just a review of the base game, I’d practically be forced to give it a perfect score. Almost no game since Mikami’s masterpiece has performed such an admirable tightrope walk in terms of mechanics and tone. Cinematic action blends seamlessly with dread-inspiring horror; panic-inducing survival segments give way to some of gaming’s most empowering firefights. That’s not even touching the narrative, which is an endearingly bonkers mixture of chopsocky cinema, slapstick humor, and absurd sociopolitical thriller a la Metal Gear. Tying it all together are a variety of ways to play, god-knows-how-many collectibles, easter eggs, additional difficulty modes… there’s a lot to do, a lot to see, and all sorts of secrets to uncover. In fact, playing Resident Evil 4 in 2016 made me realize how few modern games, all these years later, even remotely hold a candle to it. It’s still that good.

This all comes, however, with the caveat of “maybe don’t play this version.” Because, unfortunately, some games weren’t meant to be seen upscaled, and Resident Evil 4 is very much one of them. Backgrounds that should be imposing look comically flat, losing their luster immediately. An improved draw distance actually hurts the game, as there were a few immersion-smashing instances of being able to see two Merchant locations at once. As weird as this may sound, I just don’t think this game was intended to be looked at this resolution.

Also, I ran into a few weird performance bugs. Namely, the aiming mechanic is overly sensitive and prone to lag, jerking me in directions I’d stopped aiming a split second before. This leads to having to think ahead in a cumbersome way, and in the game’s tense firefights that can spell the difference between life and death. People who’ve had their head lobbed off with a one-hit kill chainsaw know exactly what I’m talking about. This is something, as someone who’s played every version of this title at least once, that I’ve never encountered, and it really irks me. When you manage to mess up a game that’s over a decade old, that’s kind of sad. While this isn’t a gaff on the level of, say, the entire Silent Hill HD Collection, it’s still not great.

So, yes, Resident Evil 4 still holds up. In spite of the issues, I still had a blast playing through this game for the umpteenth time. It remains one of gaming’s most triumphant moments.

But will I play this version again? Nah.

As someone who’s easily lost several dozen hours to this game, 2007’s Wii version remains the best one of the bunch. Despite the speediness of later ports, I feel that 30 FPS, overall dimmer lighting, and lower resolution is the best way to experience this game. On top of that, the Wii version has some of the system’s best usage of motion control, adding a level of immersion simply not present in the others. I realize that tech-minded people might disagree with this assessment, and it’s definitely a deeply subjective one. But for my money, Resident Evil 4 is best experienced around the time it came out, with the added bonus of motion control and basically the same technical specifications it launched with.

So if you only have a PS4 or One, and you’ve never played Resident Evil 4 before, try it out. But if you have a Wii U, or heck, can spent a combined total of 40-60 bucks for a Wii and a copy of that port, maybe consider that option. For my money, it’s the best way to play it. This version of Resident Evil 4, on the other hand, is a nice but ultimately unnecessary gesture.

Resident Evil 4 remains in a league of its own, but this port dampens the enjoyment with an unwelcome jump in resolution and some odd control issues.
REVIEW SCORE
7
File Under: Capcom, Horror, Resident Evil