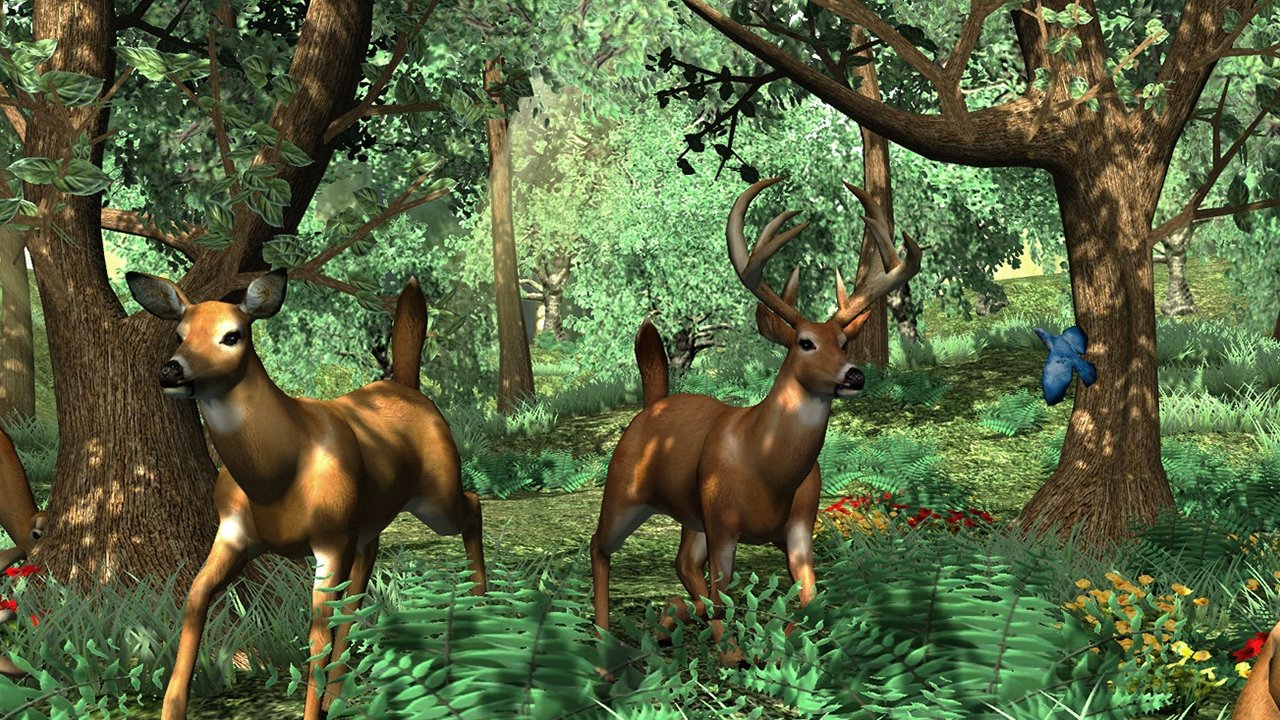 Growing up in suburban Ontario, I know my way around most local pubs, and one mainstay in those establishments is the Big Buck Hunter arcade cabinet. It’s a light gun-hunting simulator of sorts, where players lift a bright orange gun and try to shoot wildlife. I’ve played a few rounds in my life, because for what it is, it can be moderately fun, especially if you’ve got a few beers in you.  But pubs can get expensive, and that’s why I believe the thoughtful people over at Play Mechanix and Super Happy Fun Fun brought the pub experience to the home with the plug in and play Big Buck Hunter Pro.

Right out of the box, players will find that familiar orange and green pump action rifle along with sensor bar (the Sure Shot HD game system) that connects to the TV. All users have to do is calibrate the rifle to the television and they’re ready to shoot some deer—for about ten minutes. I’m not lying when I say I lost track of how many times I’d have to recalibrate the system in order to play properly, which gets especially bad when you play multiplayer and have to pass the gun around. Obviously everyone has to stand in that sweet spot, and it never felt completely right when I’d get my turn again.

For those unfamiliar with Big Buck Hunter Pro, imagine Duck Hunt but more advanced, since it’s not the 80s anymore. The classic Big Buck Hunter experience lets hunters shoot unknowing virtual fauna in various regions across North America. This is what most people remember from the arcade cabinets, and calibration issues aside, Big Buck Hunter Pro provided a true Big Buck Hunter experience for the home. However, while it’s a nice reminder of pretty much every pub I’ve ever been to, the game’s absolutely nonsensical alternate game modes are much more enjoyable. Don’t expect anything revolutionary, but these modes include skeet shooting cow pies straight from the animal, shooting alien invaders trying to steal your cows (there are a lot of cow related shooting modes), shooting bottles around an old man’s front yard as he yells at you, a mine cart target practice (my personal favourite) and literally shooting fish jumping out of a barrel.

Honestly, these modes helped me enjoy Big Buck Hunter Pro more than I ever imagined I would. Not only that, but they managed to bring everyone in the room together, which is never a bad thing either. Still, I can’t help but shake the feeling that it was perhaps my multiplayer experiences with Big Buck Hunter Pro that really sold me on it. I can’t imagine myself playing it on my own outside of review purposes, and that might be a problem.

Still, for what it is, Big Buck Hunter Pro has its moments of fun. It’s just unfortunate that those moments are interrupted to recalibrate the gun. It embraces its absurdity, and for that I can’t help but love it, and for classic Big Buck Hunter fans, the opportunity to play at home is a pretty novel idea. While it is a pretty basic light gun shooter, it can be enjoyable, especially if you play with a group who is genuinely into it.

Big Buck Hunter Pro for the Sure Shot HD manages to be a fun experience when you’re not recalibrating after almost every round. 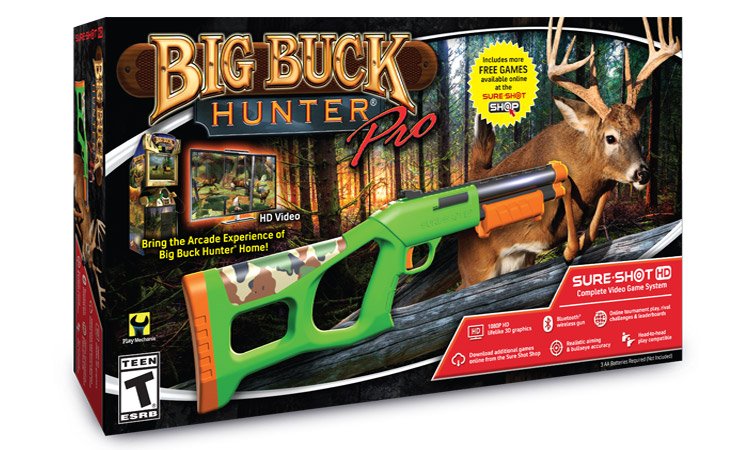