Whether its curbing the unending onslaught of Nazi zombies, queuing in your favorite MOBA, or planning the same raid with your guild, multiplayer has spread to nearly every corner of gaming. Studios that focus solely on the single player experience are few and far between. With titles like Alan Wake and Quantum Break, Remedy has been delivering some memorable single player titles since its birth in 1995. While solo campaigns are their specialty, the studio announced its intent to throw its hat in the realm of multiplayer.

“We will always strive to be the best storytellers we possibly can, and want these stories to be shared and elevated through players’ cooperation,” stated Remedy in a blog post on Sept 15, 2016. “We believe that a multiplayer experience combined with Remedy’s unique world-building provides and exceptional environment for that.” 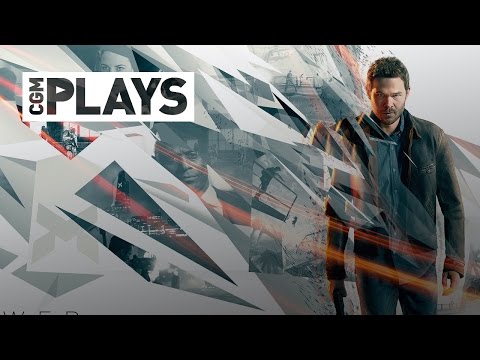 This new focus will certainly show through in Northlight, their proprietary game engine and toolset which Remedy continues to improve and hopes to continue to perfect in future projects. Furthermore, it seems that this shift in focus will not disrupt Remedy’s current projects, such as their partnership with Korean game developer Smilegate to build the story mode for the upcoming Crossfire 2, though they assure us that they are also working on something completely original as well.

For over two decades Remedy has given players narratively rich playgrounds with the likes of Max Payne and Alan Wake. Also, there were some cars that shot at each other. All kidding aside, Remedy is a studio that has never shied away from doing things that are strange or out there. People often forget, but the term “Bullet time,” comes directly from the first Max Payne. So when Remedy says they want to intertwine multiplayer game modes and story, two ideas that often don’t mix well, I say go ahead. I am eager to see what kind of things can come from an online Remedy game.