Rise of the Tomb Raider (Xbox One) Review 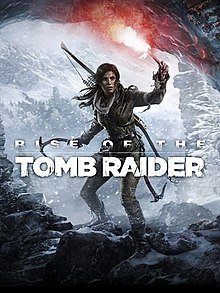 This week, Rise of the Tomb Raider, the highly-anticipated sequel to Crystal Dynamics’ 2013 reboot of the Lara Croft/Tomb Raider franchise finally lands exclusively on Xbox One and Xbox 360, along with what Microsoft hopes will a be a crippling gut-punch to their rival Sony in a two-hit combo that began late last month with their own console exclusive blockbuster, Halo 5: Guardians. Time will tell how effective and profitable this timed-exclusive deal will be for both publisher and developer, but right now, the question that needs to be addressed most urgently for those of us in possession of or on the verge of buying an Xbox One this holiday season is whether or not Rise is deserving of an immediate purchase. Well, I’m pleased to report that gamers who enjoyed Lara’s last outing have much to look forward to and little to complain about this time around.

Rise picks up one year after the events of Tomb Raider, during which Lara has been conducting in-depth research on the supernatural phenomena she encountered on the island of Yamatai and its connection to the research of her late father, Lord Croft. In the process, Lara has shed off many old friends and society at large, and her relentless search for answers has also gained her new enemies. The media has branded her as a wealthy but insane eccentric, and a secretive, rival organization called Trinity has begun attempting to head her off at every turn, with each run-in becoming more dangerous than the last. By the game’s opening, this competitive tit-for-tat has already escalated into a “shoot-Lara-first, ask questions later” policy, so it’s a good thing Lara’s also been boning up on her survival and hand-to-hand skills. Players who felt young Lara was a bit too prone to accidents, gore-porn, and general victimization in much of Tomb Raider will be happy to see this latest story is built around a Lara who has emotionally evolved from that experience but has also been simultaneously forged and hardened by it. It’s still the same Lara, but this time she is much more confident, self-assured, and faster-thinking on her feet, and these new traits are all reflected in subtle tweaks to the franchise’s established Brawler-Hunter-Survivor progression mechanics, which I’ll get to shortly.

World exploration is Rise is very similar to how it was in Tomb Raider, a 3-D Metroidvania-style hub-and-spoke world connected by campfires that teases and encourages players to revisit previously inaccessible areas once they’ve acquired the tools to do so. There’s a plethora of XP-building dead drops and loot to uncover, like ancient scrolls, tape recordings (because good guys and bad guys alike LOVE keeping audio diaries) and priceless artifacts that can be examined to learn more about their history.The sacred combat trinity of Climbing Axe (melee), Bow and Arrow (ranged) and an assortment of lethal firearms remains relatively untouched, and while it’s possible to slip through some locations without killing a single person, the silent assassin who leaves no enemy alive will still reap much more XP rewards and loot than the pacifist, not to mention the ease of exploring those freshly-cleared areas for secrets unimpeded. And of course, there are tombs, more of them in fact, and many of them completely optional.

So what’s changed? Well, Lara’s past year of training has gained her some new tricks (that players will gradually be able to unlock as they earn XP). Most notably, Lara has become adept at crafting weapons while on the move and can literally “MacGuyver” new arrows, projectiles, and other improvised weaponry (e.g. shrapnel grenades, Molotov cocktails, gas tank bombs, etc.) at any time, even mid-combat, provided she has the materials and time on hand. Even more impressive, she can now set traps for her foes by rigging the bodies of her slain enemies with proximity bombs, allowing her to take out multiple enemies at once.  Poison gas derived from rare mushrooms is one of my favorite additions to Lara’s arsenal, as it’s a silent killer capable of taking out several enemies or animals grouped together in either arrow or bomb form.

You’ll notice I said “animals”; this is because both the local flora and fauna play a much greater role in this time around. In a nod to Far Cry 3 and 4’s character progression system, arrows, poisons, select weapon upgrades, and larger packs for storing increased ammunition can only be crafted using the wood, leaves, feathers, horns and/or pelts of animals and plants found in certain areas, and some animal pelts are rare (though some can be found through exploration instead of hunting). Likewise, found salvage like springs, screws and raw materials are needed for upgrades to weapons and tools. The result is that in addition to customizing Lara’s Brawler-Hunter-Survivor skills to their liking via earned XP, players will also want to leave no stone unturned and hunt regularly. Then there are the supplementary dangling carrots: Side-missions given by characters Lara encounters in her journey will reward the player with weapon upgrades, rare tools and outfits,and a black-market vendor will exchange rare coin for similar items, effectively allowing players to “jump the line” in some cases and acquire some items immediately instead of having to find one or all of the parts themselves.  That being said, the high cost of these items will require players to do a great deal of exploring as well, and those items tied to story progression will remain locked until the appropriate time, so it all balances out.

And then there are the glorious optional tombs! Larger in scale and more numerous than in Tomb Raider, about a quarter of the “raiding” experience is actually reaching the tombs themselves, as their immense size and hidden nature demand approaches that are far off the beaten path.  The game will automatically inform players when they are nearing the “entrance” to a tomb, but even if they already have the map to that area, players will still have to uncover that entrance themselves and survive the treacherous climb or descent required to access it. After all, you don’t just stumble into a tomb! Once inside of course, players will be treated to the large-scale environmental puzzles, death-defying leaps, and exhilarating platforming challenges the franchise is known for.

It goes without saying, of course, that Rise is an exceptionally gorgeous looking game. Without running Rise and Tomb Raider for Xbox One side-by-side, it’s difficult to discern at-a-glance just how much the visuals have benefited from Xbox exclusivity aside from the increased details and effects (such as the snow in Siberia and Lara’s now famous hair) all running at 30fps and 1080p, but aside from some occasional choppiness during an in-engine cutscene or two, the framerate never affected my enjoyment. The important thing is, for the moment at least, Xbox One owners have the best looking version of Rise all to themselves.

Ultimately, Fall 2015 is already shaping up to be one of the best seasons for this generation ever when it comes to the selection of AAA titles on offer, and it would be dishonest to say that Rise, even as an Xbox One exclusive, won’t have a difficult time standing out among the CODs, Halo 5s, Fallout 4s and MGS5s of the world. But if a solid story, a strong, believable heroine, Metroidvania-style world-traversal, and raiding dangerous, long-forgotten tombs are your jam, there’s no reason to put off picking up Lara’s latest adventure.