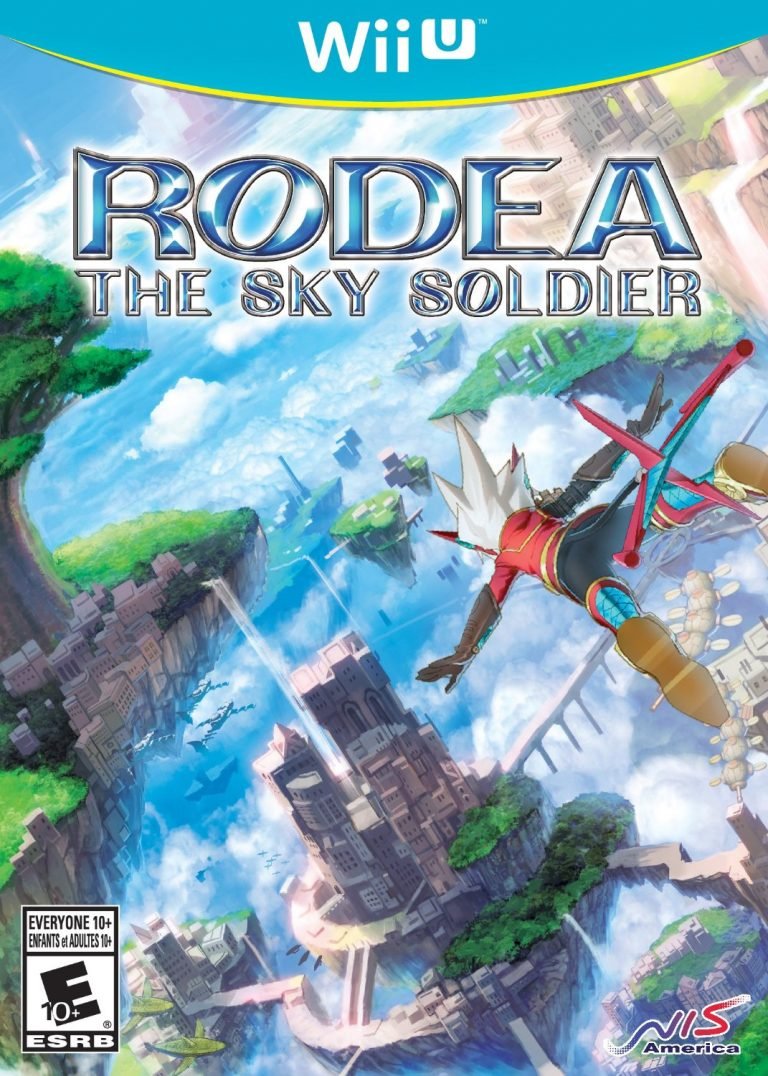 Rodea the Sky Soldier represents the end of an era. Initially published between Q2 and Q4 of 2015, it was officially the last game released on the Nintendo Wii. But it also represents the end of an era gone by, for in it’s quirky characters, simple yet unique gameplay mechanics and overall simplistic design, it’s quite evocative of games that would have felt right at home on the Dreamcast or Gamecube. Rodea the Sky Soldier perfectly captures that feeling of nostalgia without mimicking the games that came before it like NiGHTS and Sonic Adventure. It’s something Nintendo could really learn a lesson from.

Rodea the Sky Soldier puts the player in control of the titular Rodea; a cyborg who battles evil by flying through the air and attacking it with a variety of guns and even a Sonic-style “Spin Dash.” Actually, comparing Rodea to NiGHTS and Sonic Adventure is quite apt; the game is quite like a combination of those two games and is where Yuji Naka’s influence can really be seen and felt. Players will guide Rodea through the wide world of Garuda as they try to thwart the evil plans for Emperor Geardo and restore peace to the land.

Gameplay is interesting, albeit running quite counter to everything we’ve learned to expect from a game like this. Rather than controlling with standard plane controls, players aim a cursor to a piece of land in order to lock onto it and send Rodea in that direction. This also applies to enemies, much in the vein of Sonic Adventure. This can make things very frustrating, and lead to several moments where Rodea either flies straight into the side of a cliff for a minute, or off in some other direction as you were slightly off the centre of an enemy you were trying to aim at.

However, this is balanced by Rodea’s relatively slow pace, and while it doesn’t make for a more fast-paced, action-flying game like Star Fox it does help to give players a better sense of control over Rodea, creating a more technical, methodically fun game.

Much like The Wind Waker: HD, this is more than an “HD Remaster” of its Wii counterpart. While the graphics have been cleaned up, whole mechanics and level designs have changed slightly in order to better suit the WiiU controllers. One major alteration from the Wii version is the inclusion of a “flight meter” that limits Rodea’s ability to stay in the air indefinitely, something present in the original version. Also, abilities that were given to the player right from the get-go in the original have now been sectioned off to an upgrade system, giving players much more incentive to collect the various gems and medals scattered around each level.

Like I stated up top, what I love most about this game is how much it felt like I was playing a game from a bygone era. Its interesting yet minimalist design, its two main characters who are very similar to Sonic and Amy Rose without being annoying, a slower pace without sacrificing challenge; all this made me feel like I was 13 years-old again, playing Sonic Adventure 2: Battle on my Gamecube. Unlike a lot of mainstream Nintendo offerings which try to repackage old ideas in an attempt to capture that old familiar feeling, Rodea the Sky Soldier repackages that very feeling and sells it to us in a fresh new IP.

Overall, Rodea the Sky Soldier is an interesting game and worth owning for anyone with a Wii or WiiU. While it may be a little clunky and rough around the edges, it remains a piece of gaming history as the final hurrah for Nintendo’s little system that could, and a strong reminder of gaming days gone by.

Overall, Rodea the Sky Soldier is an interesting game and worth owning for anyone with a Wii or WiiU.
REVIEW SCORE
8
File Under: