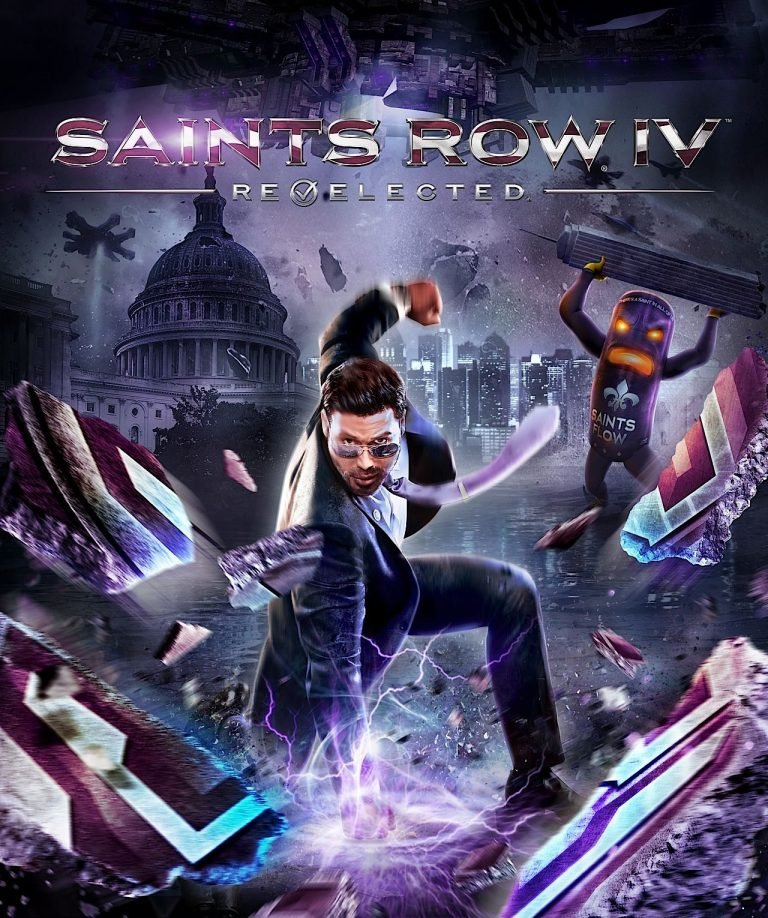 Saints Row IV is now the latest game to get the HD-remaster treatment, bringing its distinctive brand of absurd, self-conscious, violent comedy to the current generation of consoles. It’s never been a top tier, AAA series, but it’s managed to carve out a place for itself in a genre that is largely about being dark and broody. So, at $30, is it worth it? For people that have never played it, absolutely. For fans, maybe not.

This is a current gen port of 2013’s alternative to Grand Theft Auto, and aside from the fact that all the subsequent DLC since its release has been included, there are no changes to the actual story or mechanics. The Boss, the player created character, finds him or herself battling in a virtual city for the freedom of the Earth against hostile aliens. Chaos and hilarity ensues. If you like realism, this game will annoy you to no end. If you embrace silliness, this game will tickle you. Fans and detractors both already know what the score is with this game.

As with any port, the big question about purchasing it is, “Are there any good reasons to buy this game again?” If you already have all the DLC and you have no issues with the game’s performance on previous consoles, then the answer is an easy “No.” If, however, you’re wondering just how much of a performance boost SR4 gets in the jump to the current generation, the answer is “Not as much as Grand Theft Auto got.”

Players are essentially getting the PC version of Saints Row IV, but it’s not even the PC version running at ultra settings. For PS3 owners, it’s still a noticeable upgrade, since that version often ran at framerates of less than 30 per second. This new version, like Gat Out Of Hell, has a variable, unlocked framerate, so depending on environmental complexity, the framerate is bouncing around anywhere between near 60 and over 30. The spikes ARE noticeable, and not in a good way. A higher resolution has also been added to the textures, with better lighting and reflection effects, meaning that, like with the Sleeping Dogs remaster, wet streets actually look slick now, and lights reflect off vehicles. Surprisingly, despite the added processing power, pop up still happens, as with picket fences mysteriously snapping into existence during the opening prologue. On the whole, there ARE performance gains in the move from the PS3 to the PS4, especially in the framerate department, but it’s obvious that this hasn’t been optimized. Compared to the work done for Grand Theft Auto V, with its new content, new view point and meticulously optimized performance, the work on Saints Row IV feels less accomplished.

On the good side, however, the game does perform better than it ever has on last generation hardware, and, more importantly, it’s priced competitively. SRIV comes with all the previous DLC released last generation, which is a mix of both weapons, costumes and two decent sized expansions with new stories. All of this is priced at $30, which is a tremendous amount of value, especially when you consider Square-Enix charged $60 for the Sleeping Dogs and Tomb Raider HD ports. It’s clear that Deep Silver is not out to gouge anyone. For people that missed Saints Row IV the first time that have a PS4 or Xbox One, this is an absolute bargain for a brilliant comedy/action game. For people that already have it, $30 is not a bad price to play for all the base game plus all the DLC, so it’s up to you whether you finally want to play the game at 30+ frames per second.

On the whole, there ARE performance gains in the move from the PS3 to the PS4, especially in the framerate department, but it’s obvious that this hasn’t been optimized. Compared to the work done for Grand Theft Auto V, with its new content, new view point and meticulously optimized performance, the work on Saints Row IV feels less accomplished.
REVIEW SCORE
7
File Under: Action, Deep Silver, Open World, PlayStation, Saints Row, Volition