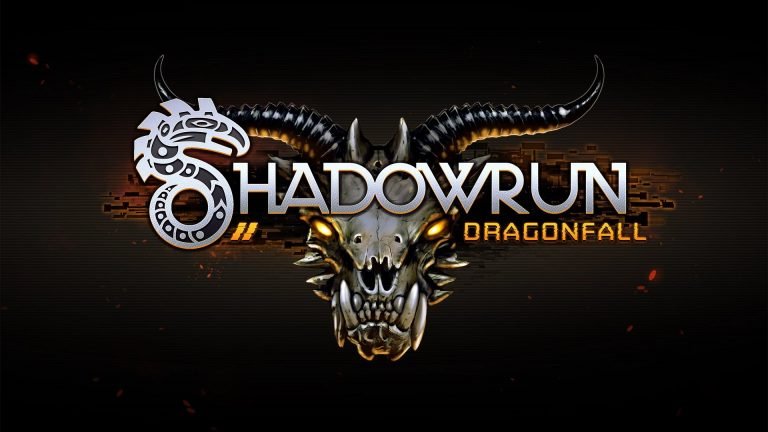 A game that keeps you up to the wee hours of the morning must have some engrossing quality. Civilization keeps us awake late at night with the urge to play “Just one more turn.” There are mobile games that addict you with repetitive gameplay, or games that require a huge amount of time with the grind, like MMOs. And then there are games that are just engaging enough that you want to keep playing, and you blink to find three hours have passed since you last looked at the clock. There are RPGs where you want to keep pursuing the mission and discover what’s going on.

This game is an example of the last instance. I’ve had a tremendous amount of fun with it, and think it’s a great addition to the library of classics that inform our opinions.

Dragonfall is the first expansion for Shadowrun Returns, a Kickstarter-funded, turn-based RPG set in the pen-and-paper Shadowrun universe, where 2012 led to the end of the Mayan Calendar and the return of magic to the world. As a result, some people spontaneously turned into elves, dwarves, and other Western fantasy staples, along with ancient beings such as dragons awakening to a world of high technology and corporate-domination. Think near-future cyberpunk science fiction combined with modern fantasy. Dragonfall takes the player to the city of Berlin, a free state where corporations and magical beings co-exist in an uneasy peace that’s threatened by free-information hackivists, anti-magical-being racist groups, and monstrous spirits.

What’s more, missions are designed with multiple choices in mind, giving you various outcomes to pursue. There’s no moral binary here, a staple of RPG games – rather than the common morality meter, the game relies on its writing to inform you of the ramifications of your actions. It’s far too easy to give Good and Evil points for decisions, and this game doesn’t take that route. It presents ambiguity – for example, helping a computer whiz find his lost girlfriend might have other ramifications. There’s generally a few choices of how to proceed with what you’ve discovered and how to complete your jobs, and no clear ‘right’ choice. Again, this encourages replay and makes the players feel important, something RPGs are supposed to do. I was tremendously happy to be presented with a revelation in a job that made aborting and risking a loss of reputation a viable prospect. Generally, there’s no ‘lose-lose’ situation, so the game never feels biased.

The game comes with the editing tools used to make the campaign, allowing players to make their own stories. I really haven’t had time to check out the Editor in detail, but I’ve played a few user-generated levels. Harebrained Studios highlighted a few on their YouTube channel, as well, and the content showcases the diversity the editor can provide. Neverwinter Nights and its level editor comes to mind, although this might be more complicated. The fact that players are making their own art assets and abilities as well as using the ones provided show its potential, and a strong modding community can grow from this. Like Skyrim, which still has an impressive user-generated content community despite being completed, this game could continue to be relevant even if there’s no new expansion.

If you like turn-based RPGs; even if you prefer real-time or first-person, this is so well written you’ll probably like it as well. You need the core game as well, but the original “Dead Man’s Switch” story is strong in its own right. The core Shadowrun Returns is currently about $20, and the expansion is $15 or so, and these games are certainly worth $35 with the editor.

RPG fans should buy this. It’s a triumph of Kickstarter games and proves their validity in the marketplace, and it’s up there with my favourite RPGs.

This is just a taste! Alex’s full review for Dragonfall will be appearing in the April issue of CGMagazine set to be released at the end of March.

It's a triumph of Kickstarter games and proves their validity in the marketplace,
REVIEW SCORE
9
File Under: Crowdfunding, cyberpunk, Harebrained Schemes, RPG, Shadowrun, turn based strategy