The original Oddworld games remain an oddity (ha!) in gaming. Their focus on atmosphere and world-building over typical platforming mechanics continues to captivate me, all these years later. They also seem to have captivated Garage 227, whose Shiny feels very influenced by Lorne Lanning’s cult series in tone and set-up. They’ve even gone one step further, by removing any form of violence whatsoever from their game. It’s an interesting conceit, for sure, and one I went into with high hopes.

Coming out of it, however, was a different story. Despite a winning aesthetic and a pretty remarkable score, Shiny fails to overcome its mechanical issues or creative stagnation to merit a recommendation. 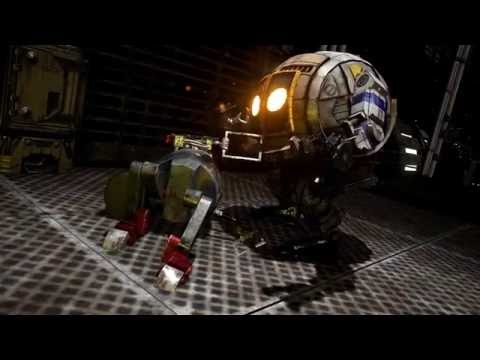 Which is sad, because the set-up had me cheering for the player-character, a cute, spherical robot. It’s been left on a planet that’s dying, and he has to build a spaceship to escape and must rescue other trapped robots in order to build it. Yeah, it’s basically the set-up from Pikmin crashed into the “lead other things like you to freedom” concept of Oddworld, but the cuteness factor had me wanting to see the little dudes succeed at surviving nevertheless.

That was before the controls made me want to leave them stranded—they’re pretty bad, all told. Shiny runs into what I consider the cardinal sin of game design: expecting players to do precise things with imprecise mechanics. You have to make tight jumps with physics that are wonky, and collision detection that doesn’t make a heck of a lot of sense. Your robot will get caught on ledges that it’s not intended to stand on, and ricochet off surfaces in ways that left me scratching my head. There’s also the slightest bit of input lag, which I ran into on both a gamepad and a controller despite the game running well on my computer. As anybody who’s played a platformer before will tell you, input lag is a real mood-killer. Coupled with the other design issues, it makes Shiny really tedious to chip away at. 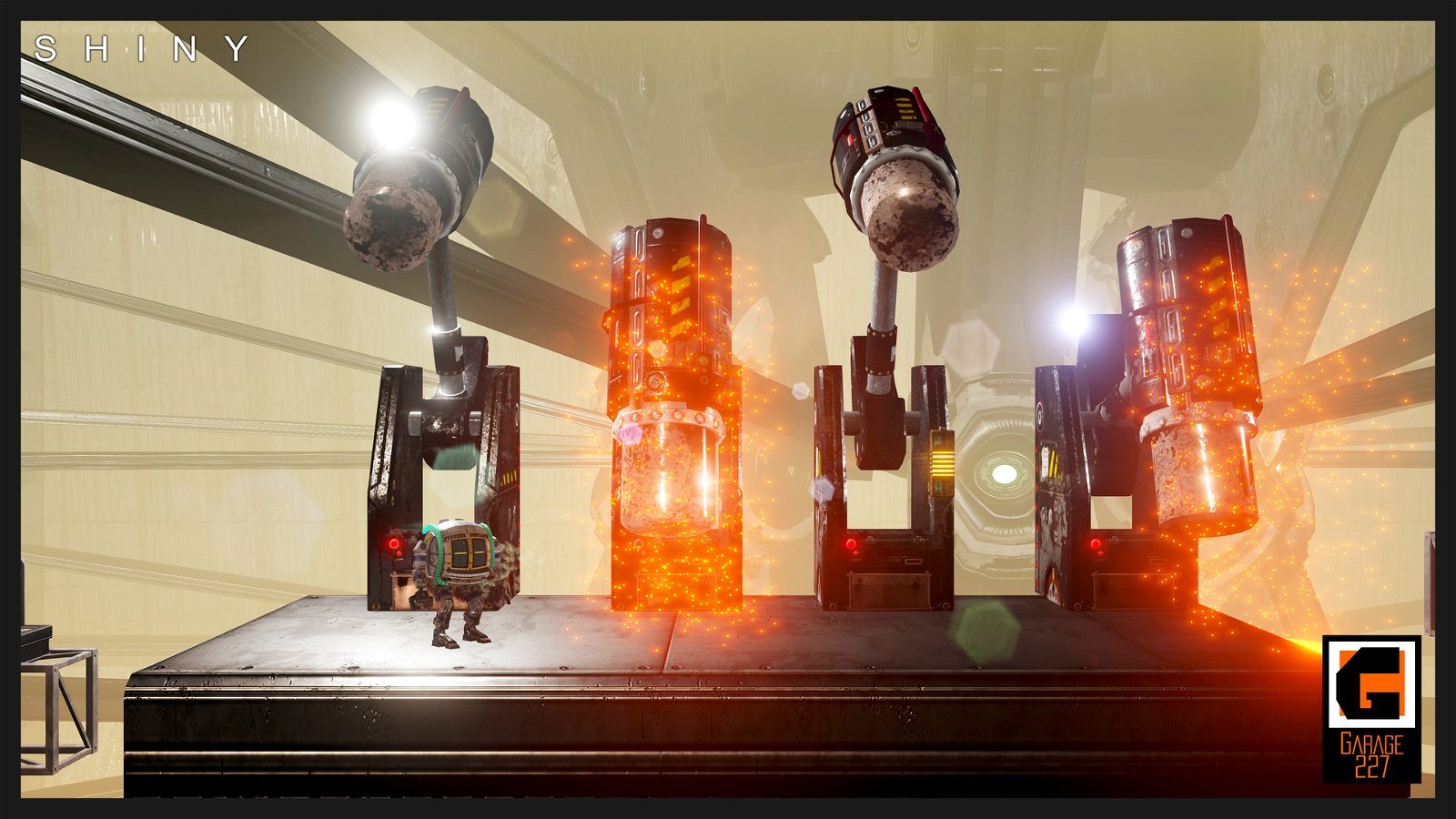 The uninspired level designs really don’t help either. A lot of the tricks Shiny attempts to pull (collapsing platforms, pillars that crush you, conveyer belts,) are pretty old hat, and aren’t tweaked in any significant way to make them feel fresh. Levels don’t feel particularly well thought-out in terms of layout and planning. Rather, they end up feeling like a loosely connected series of mechanics with no rhyme or reason to their placement. It’s all very generic in terms of gameplay.

That’s a shame, too, because the art direction, visuals, and sound design are all top-notch. Reasons I’d recommend picking it up on sale include experiencing the graphics cranked up to max settings, or jamming out to the soundtrack through some of the game’s better levels (which do exist, just not enough to merit a definite purchase.) There’s clearly a lot of effort that went into designing this game’s world, and to accomplishing a certain mood. It’s worth at least watching a Let’s Play of, or experiencing yourself at a steep discount.

But ultimately, its aesthetic is all Shiny has going for it. The rest of it feels sort of uninspired, and its execution is deeply lackluster. It’s definitely not a terrible game, and if you are really, really hurting for a new platformer, it’s worth a few bucks and a few hours of your time. All others need not apply, though, as there’s nothing here that can’t be found elsewhere, and accomplished a lot better.

Shiny tries its best with a winning aesthetic and concept, but technical malfunctions and clumsy controls ultimately keep it from being worth most peoples’ time.
REVIEW SCORE
6
File Under: