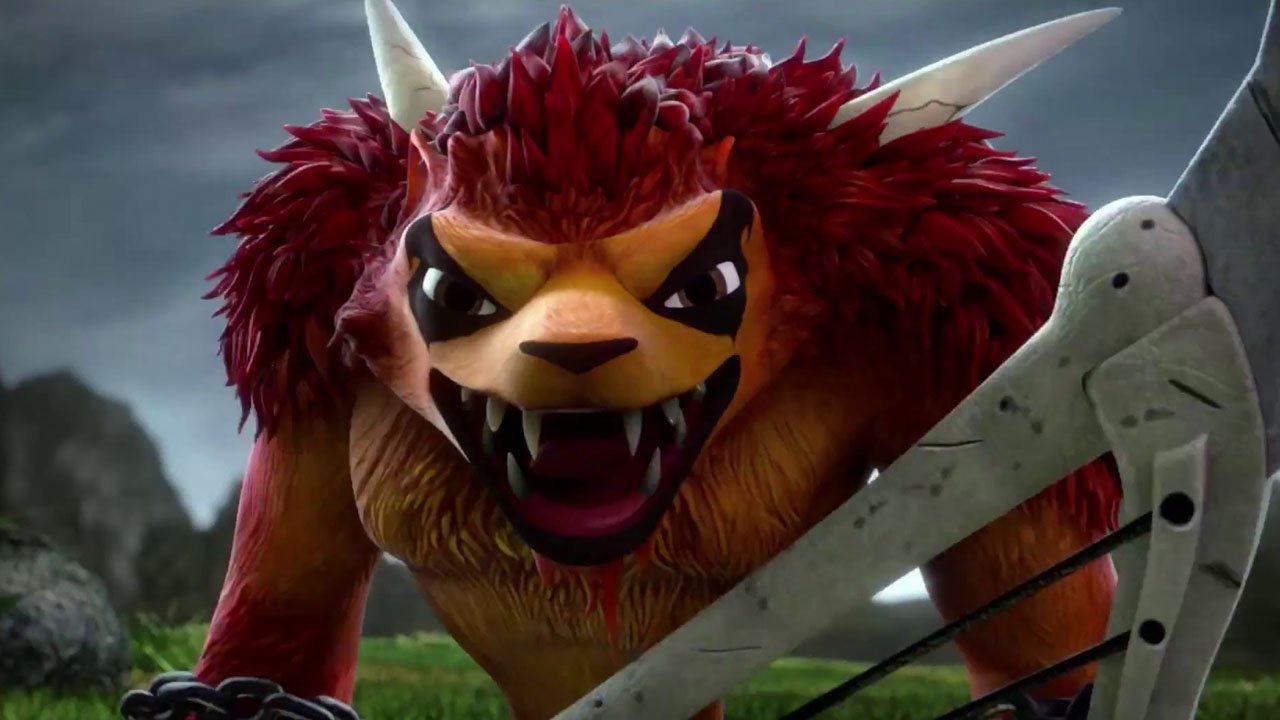 Activision has been busily expanding the Skylanders franchise to nearly every platform out there (except, sadly, the Vita), but the series has been fitting comfortably on the 3DS since the beginning. Much like the console versions, the portable iterations have been collectively solid, fun, and worth playing—especially if you’re collecting the figures already.

So, it’s not surprising that Skylanders: Trap Team on the 3DS is just as recommendable as its console counterpart. The game shares a lot of similarities with previous 3DS versions. Most importantly, it’s a totally different game than the main console game. The mini-versions of the series wisely eschews Kaos as its main villain, because—let’s face it—a little of that shrimp goes a long way. Instead, these games give other bizarre villains of Skylands the chance to crash and burn.

In this case, the evil Dream Sheep gets the spotlight, after the goofy Hugo (assistant to head portal master, Eon) unwittingly opens a gateway to the dream world by reading a book labeled “the Most Boring Book in the World”. The Dream Sheep and his vile cohorts want to steal the dreams of the poor residents of Skylands and only the mighty Skylanders can stop them.

It’s a silly premise, but allows the game to create some incredibly trippy and creative levels. Since the 3DS versions have always allowed jumping as a natural part of the game play, the level design is heavily focused on platformer action. This version of Trap Team also includes the trapping mechanism in-game, but uses the same portal as earlier games, so physical traps aren’t used at all.

The 3DS version of Swap Force finally allowed players to import all their figures into the game, instead of just using a couple at a time. Trap Team continues that trend, and it’s pretty terrific to be able to walk around with your entire Skylanders collection in your pocket. This means you can switch between all your characters however you like, just like the console version. Admittedly, it also means you have to take the time to import them all in the main hub world.

The other important improvement the game carries over from Swap Force is the 3DS version comes with a different pair of Skylanders than the console version. In this case, the Trap Team member Gusto and adorable mini, Barkley. So, overall, if you’ve stuck with Skylanders this far, Trap Team on the 3DS is certainly worth collecting.

If your mobile gaming is more on the tablet side, Activision has a special treat in store, provided you have the hardware for it. Trap Team is the first mainstream console release that also hit iOS and Android at the same time it as the consoles versions. It’s a bold move and a sure sign of things to come. Packed in the giant box are the same two figures and traps as the regular console version, along with a specialized Bluetooth portal that holds a removable wireless controller underneath. The game itself must be downloaded from either Apple’s App Store or Google’s Play store.

The controller is nice and compact, but surprisingly responsive. As of this writing, however, it only seems to work with Trap Team for some reason. The game works on iPad 3 or higher, but the list of Android tablets that will run it is still incredibly short so far. We imagine that will change in the near future though. Either way, if you have the hardware to run it, Trap Team is an impressive example of how close to convergence modern mobiles devices are in comparison to console systems.

The tablet version of Trap Team is exactly the same game as the console version. There’s been no watering down of graphics, levels, or general game play, and it’s really impressive to see. Granted, the Skylanders games in general aren’t exactly graphic powerhouses, but they’ve always looked good. That said, given the figurine-collecting nature of the game, even though Trap Team is on a tablet, we’d hesitate to truly call it “mobile”. Unlike the 3DS version, you still need to physically swap figures to change them, so unless you’re partial to lugging your toys around, this is still a game you’re playing at home.

Given the substantial investment in time and, especially, money the Skylanders series involves, Activision is being quite smart expanding the universe to as many platforms as possible. The 3DS is still, by far, the most portable version, but with the release of a picture-perfect tablet port, the publisher is single-handedly changing the perspective of what traditional consoles are and can be. Both of these mobile versions are well worth checking out for fans, but the real importance of Trap Team might be that it’s the start of the end of straightforward consoles systems.

Trap Team continues that trend, and it’s pretty terrific to be able to walk around with your entire Skylanders collection in your pocket. 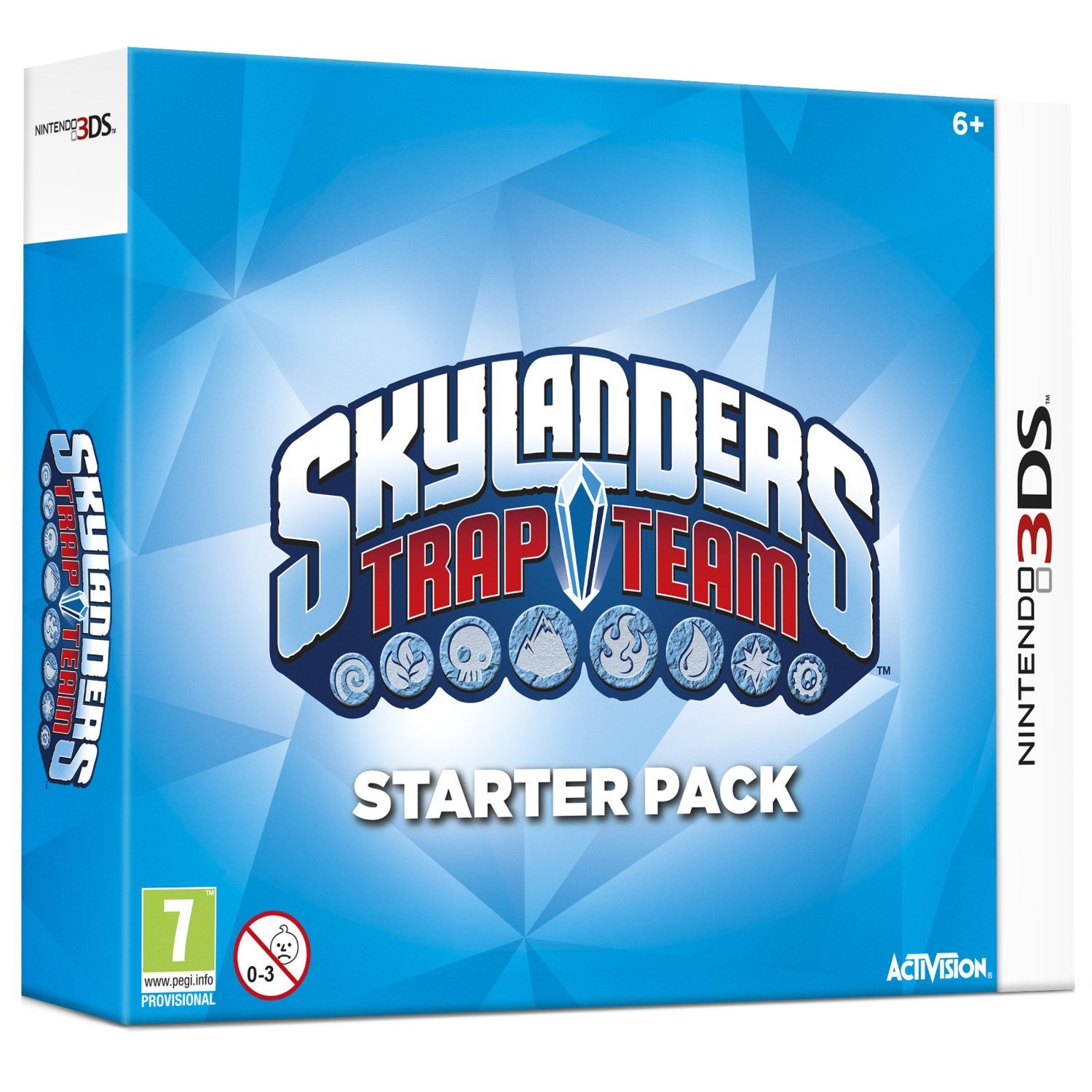