How We Soar (PSVR) Review 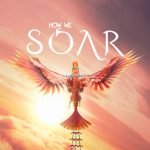 VR developers are in love with the idea of throwing players into the sky and telling them to take off. Who can blame them? After all, it’s not like we can necessarily sprout wings or don a jetpack, then rocket off to the clouds. With flying being a common use of the medium, then, a game built around it necessitates some degree of freshness to separate it from the pack. Unfortunately, How We Soar lacks that freshness, and as a result, winds up being a resoundingly forgettable experience.
Which sort of hurts to say, considering how promising the story is. Mounted atop the back of a giant bird, players fly through sky-dwelling dreamscapes built entirely out of paper. These pieces of paper are in fact pages of a book, and as you soar through the world, they morph into all sorts of imagery. This imagery is a blend of the unreal and the mundane, which is by design—it’s about an author who is blurring his reality with the fiction he writes. Players will glide past a dragon perched atop a castle, then a few maps later, coast through outer space and muse on the protagonist’s child growing up. Players are put in a position similar to The Great Gatsby’s Nick, in the sense that they’re just an observer to it all, and don’t have any major input in the events of the narrative.

Yet despite how interesting this story is, the medium it’s delivered through becomes gratingly tedious after the first few go-rounds. Controlling the papercraft bird through the sky is a neat gimmick, but it’s painfully slow, and steering often feels like flying through a downpour of molasses. It doesn’t help that the core mechanic of the game simply consists of flying through rings, collecting glowing orbs, and taking them to a swirling mass of paper. That’s it—no significant variation on that core idea rears its head through the short playtime. I generally hate to use the term “walking simulator” in a pejorative sense, as I feel it’s a bit reductive, yet that’s what How We Soar feels like…except with clunky flying in place of walking. 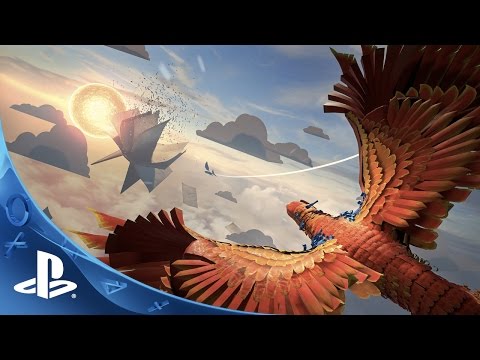 For a few bucks, I might recommend How We Soar, but for $20, it feels like a whole lot of squandered potential and a botched delivery of what could’ve been a compelling story. But even at a lower price point, I’m hesitant about recommending something repetitious and uninspired in the gameplay department. There are a handful of solid games at fair price points on the PSVR at this point, and I can’t really think of a great reason to pick this one up unless you’ve exhausted the library.

Unless you’re willing to put up with bouts of genuine boredom to get to a moderately engaging story about the slippage between fiction and reality that writers can fall into (something that I can definitely relate to) How We Soar falls flat early on and never really recovers.

How We Soar has a lot of potential, but it’s left unrealized in what ultimately amounts to a very unfulfilling game.
REVIEW SCORE
6
File Under: Virtual Reality