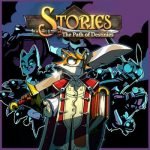 Stories: The Path of Destinies is a charming action role-playing game that seems shallow at first, but with time and patience becomes an enjoyable adventure that families can enjoy playing together.

Players take control of the clever rogue fox, Reynardo, who comes into possession of a unique book that can show him his future. It’s up to Reynardo to use the book’s abilities to his advantage and to find the true path to saving the Earth from the villainy of a corrupt emperor, Isengrim III and his murder of ravens.

Stories has over 20 tales for players to experience, centered around four crucial characters/objects. Lapino, the goofy but resourceful rabbit, the legendary god-slaying weapon, Skyripper, the mysterious pitch black Iblis stone and Zenobia, the mad emperor’s adopted daughter. Players choose what adventures they want to experience and discover various “truths” about the characters Reynardo interacts with. The game is fully voiced by the narrator, which makes it feel similar to Braid in its story telling. As you unlock more truths, the narrator changes up his dialogue and comments on the choices and actions Reynardo has made so far.

Path of Destinies has stunning colours and vibrant environments to explore. Everything is cell shaded and feels like you’re playing inside a children’s fantasy book. Some of the levels will become repetitive as you re-visit them time and time again over the course of your adventures, but the levels don’t feel linear, allowing you to explore new paths or discover hidden secrets as you upgrade Reynardo’s gear.

The combat in Stories is very simple, with strikes and parries mapped to a single button. The combat can feel very boring in the beginning hours, but as you level up Reynardo, you’re able to acquire new abilities or craft new swords to increase the depth of the gameplay considerably. Stop time after countering an incoming attack, hookshot the shield off a raven’s arm to destroy his defenses or unleash an inferno of fire onto enemies with your elemental powers. There’s a lot to sink your teeth into when you spend the time to upgrade Reynardo and master his abilities.

But a lack of boss battles make it difficult to enjoy the combat to its fullest. The ravens and their variations are a very appealing enemy with a lot of personality, but a couple of unique bosses would have created some much-needed variety and kept the game feeling fresh throughout. 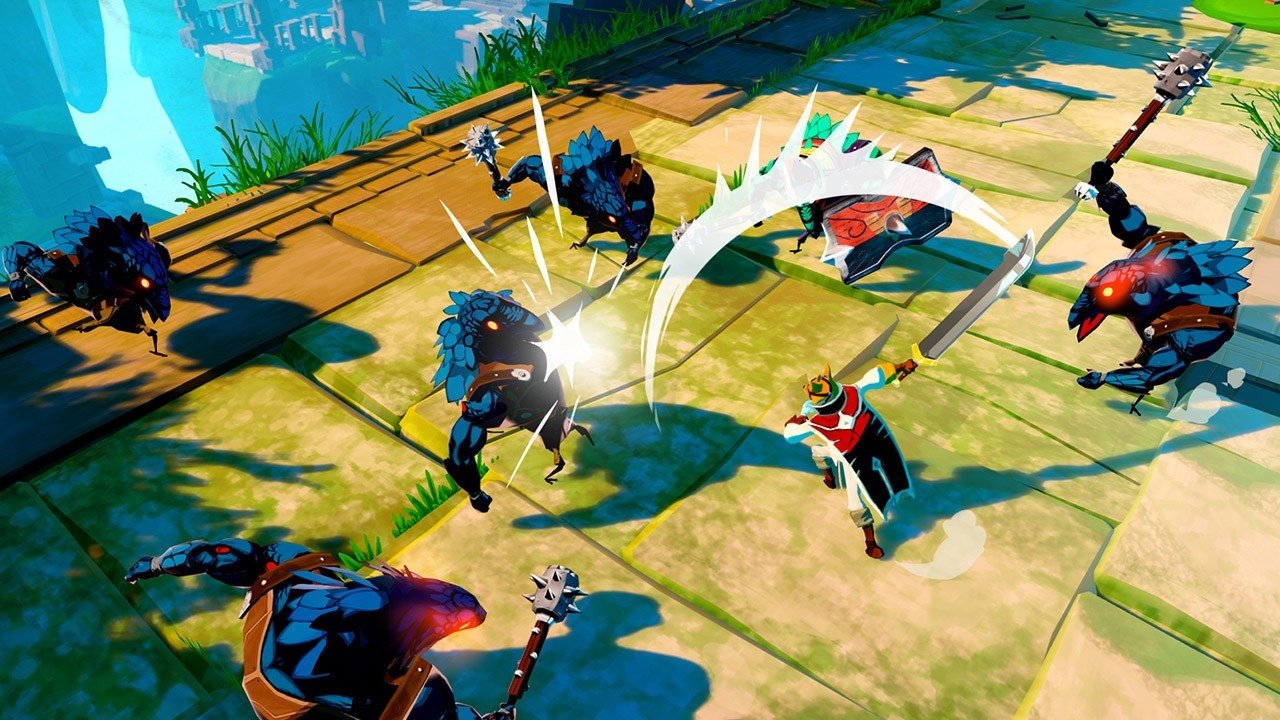 The biggest disappointment about the game is in the audio department. There is a distinct lack of background noise. In some of the environments you’ll see lightning crackle in the back or sand storms brewing in the desert, but none of these effects have sounds, which could’ve added more life into the levels. Unfortunately, the soundtrack is very mediocre as well, only featuring a single track for each level and only one combat theme. I would’ve loved to listen to the narrator build up the tension in the levels and listen to the music ramp up to his voice, but surely this has become a missed opportunity that could’ve strengthened the storytelling even more.

I feel that Stories is a great game for young children to play with their families. Anyone can pick up and play the game because of its simple mechanics and gives the ability for young gamers to choose their adventures. It’s a very unique experience. Each branching story takes about an hour to complete and doesn’t have any outright stressful or difficult moments. The game also has a wealth of checkpoints, meaning that death won’t cause you to lose any meaningful progress. The narrator may be the only one acting out the roles of all the various characters, but his soothing voice creates the atmosphere of an old storyteller sharing his ancient tales. All of these elements add up to an experience all ages can enjoy.

An action RPG for all ages to enjoy that unfortunately gets muddled down by a mediocre soundtrack and lack of enemy variety.
REVIEW SCORE
7
File Under: Action, RPG