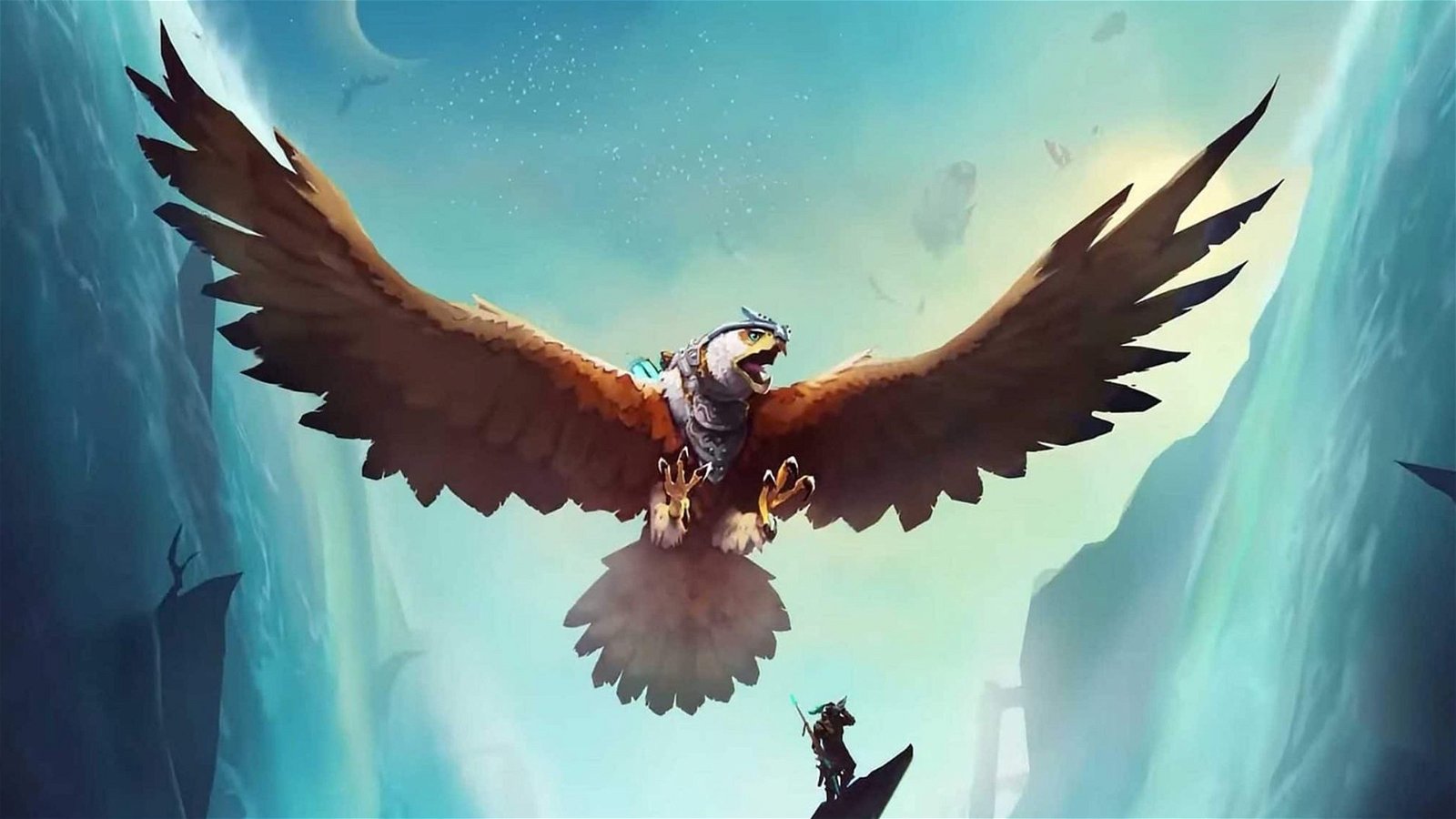 Back when videogames were still  largely a collection of bleeps, bloops and huge blocky sprites that I could only experience in the local arcade and my main forms of childhood distraction were fantasy books and Rated PG movies, two Hollywood flicks, The Beastmaster (1982) and  Ladyhawke (1985) both sparked and kindled within me a long-burning interest in falcons.  Not the art or reality of falconry mind you, as I then lived in constant fear of being bitten, scratched, or scarred by animals.  I just thought the idea of owning a falcon was badass.  I did a school project featuring the Peregrine Falcon for my Environmental Studies class in junior high.  I even wrote a fantasy novel (still unpublished) starring a warrior who had a trained falcon as his loyal companion. But now, as a child who has learned to put away all childish things but videogames and become a man-child, I realize that those classic movies were selling me short on the experience the entire time.  BEING the falcon, or riding on top of a giant one with a big-ass lighting gun, as you can in Wired Productions’ new game The Falconeer, is far more badass.

Apart from its soundtrack, The Falconeer is a solo labour of love by developer and Director Tomas Sala.  Just looking at screenshots or watching it in fluid motion make it almost impossible to believe that this gorgeous open-world third-person air combat game was indeed developed by one man, but it is certainly the case.  Dripping with lore, the game is set in a fantastical Game of Thrones-like realm called “The Great Ursee” where island factions  battle for survival and prosperity through intrigue, betrayal, and open war.  Fighting under several different banners including their own causes, Falconeers are an ancient order of warriors that ride atop giant warbirds, and the player is tasked with reliving their stories by playing the “memories” of Falconeers that have long since fallen.  Campaign missions are largely of the “seek and destroy” variety, complete with Ace Combat-styled pre-mission briefings, but additional bounties, fetch quests, challenges and the like can also be accessed from any faction-friendly island hub your warbird is perched at.

One of the most crucial things that The Falconeer gets right is the exhilarating  feeling of flight when piloting one’s warbird. Much like real-life birds, the giant falcons of Ursee utilize air currents to maintain flight, a concept which is represented in the game via simple yet fun-to-perform mechanics.  Diving builds up falcon energy and speed, while ascending drains falcon energy and slows the warbird as it rises.  How quickly the player can increase or decrease energy and speed is directly dependent on the swiftness of the player’s decent or ascent, respectfully. Therefore, a sharp decline or dive results in a swift build-up of energy and momentum, a steep ascent quickly drains energy and momentum, while smooth and gradual changes in either direction will impact the energy meter far less dramatically and conserve resources.  Thermal updrafts (which appear as small, circular cyclones of on the water’s surface) act as the wind-equivalent of springboards, catapulting one’s falcon high into the air when the player flies over them as well as filling the energy meter.  In turn, falcon energy is required to perform evasive barrel- rolls or dashes (i.e. boosts of speed), both of which are critical to survival in combat as well as traversal and the successful completion of challenges across the skies of Ursee in general.  The result is a basic flight system that encourages players not just to fly  but also inhabit the behaviours of a winged creature, managing altitude and momentum in order to decisively  swoop in on desired targets, while also availing themselves of the aforementioned updrafts whenever possible to quickly return to a tactical position of strength at no cost to their falcon’s energy.  Outside of combat, the gentle dance of diving, rising, falling and gliding as a falcon makes for a very chill experience.

During combat however, things rachet up a few notches as the weapon system adds a whole new layer to the proceedings.  All warbirds in The Falconeer come outfitted with a mounted rifle and “ammo pots” which are charged by various forms of lighting energy, which are replenished by the naturally occurring storms scattered across Ursee’s turbulent skies.  Weapon energy does not automatically regenerate however; the player needs to approach lighting nodes within storm clouds to recharge their ammo, which may require them to inconveniently dip out of a battle to recharge and risk turning their back on multiple enemies.  Worse yet, ammo pots that receive too much charge can overheat and affect firing rate, and a falcon’s health can quickly be decimated by too many direct hits at once or even one lone yet deadly explosion.  Thankfully, various purchasable upgrades ranging from trinkets that boost health, energy and weapon cooldowns to mutators that enhance key parameters of one’s falcon can be found among the wares of Ursee merchants who can be unlocked through location discovery, campaign progression and/or the purchase of permits that enable trade with that faction.  While there are definitely some issues to be raised regarding the scarcity of checkpoints, I found air combat in The Falconeer to be rather exciting overall, especially during larger battles where I not only had to lead targets and switch between multiple flying opponents but also execute “bombing runs” where I would pluck a floating mine out of the waters, fly high above an enemy airship or sea target and then drop that mine onto the  target for massive explosive damage.  This is all while  being shot at by enemies on land, sea, and air at once mind you, and it’s all quite thrilling really, except when you die that is.

Sadly, The Falconeer is brought down from being a rock solid game experience due to many factors that may or may not stem from the fact that it was designed by one man (albeit impressively), and like a death from a thousand cuts, these small, niggling issues rear their ugly heads in several aspects of the game to collectively tarnish the experience.  For starters, the campaign structure’s focus on the “memories” of fallen riders discourages players from getting too invested in either the story or the upgrading of their chosen warbird, as the next chapter will dispose of both and replace them with new ones anyway.  Fittingly, the designs of the characters are randomly generated and cookie cutter in design, and the Falconeer you choose is voiceless, as their personal story is inconsequential.  It is their Character Class (Falconeer, Mercenary, Imperial Freelancer, or Mancer Seeker) that determines their initial stats and the limited story experience you will have with them.

Also, regardless of the selected class, every chapter’s opening, conclusion and every character death in-mission is bookended by a sequence featuring a female shaman who insists on reminding players that they are playing someone’s ill-fated  memory, and since her scenes are un-skippable it appears that her only real purpose beyond pestering the player with speeches and riddles is to possibly conceal load times.  Frustratingly, since there are generally no checkpoints within missions, dying mid-mission or even right before the end of one will result in the player having to revisit the shaman for another useless lecture that can’t be skipped, on top of having to restart the mission from scratch.  On that note it should be mentioned that while the game is fully voiced, many of the poor-imitation Scottish/Irish/English/Pirate accents used by a myriad of characters in this game are simply grating, and restarting a mission means you’ll get to hear from all of them again, likely several times before you successfully complete the level.

Then there’s a laundry list of other issues.  Players can’t set their own custom markers on the map to make navigation via the mini-map easier (which is ridiculous in a game where exploration and travelling from location to location factors in so heavily).  Speaking of exploration, at no point does the game clearly  inform players that simply by pressing “B” when perched at a mission hub will allow them to free-roam and explore the world; players are just expected to figure it out on their own.  Climactic cutscenes are so poorly directed that key events will leave players wondering what actually happened or if the game simply glitched out (the conclusion of Chapter 1 is a shining example of this).  When gliding forward in a straight line with the left analog stick in a neutral position, the player’s warbird will begin to inexplicably drift down and to the right for no apparent reason.  And almost without fail, when taking off at the start of a mission the player’s warbird will be pointed in the opposite direction of the objective, requiring the player to make an awkward U-turn.

It’s regrettable that so many seemingly unrelated elements in The Falconeer often combine to pull the player out of the experience, because the game  is still quite fun.  It’s also unquestionably stunning from an audiovisual perspective and shows potential for so much more.  Not only is the animation of the game’s cel-shaded warbirds and other flying creatures simply superb, Tomas Sala has nailed the basics of what flying as a bird should feel like in gameplay and could easily expand on this model if given the chance, potentially adding more complexity to the flying mechanics and even adding in a melee-combat system (falcons have sharp beaks and claws, why don’t they use them in battle as well?).  The constantly rolling seas, ephemeral clouds,  ominous storms  and wild lighting strikes of Ursee may not behave as realistically as their counterparts real life, but they mimic the elements closely enough that flying headlong into a raging tempest to recharge my falcon’s lighting ammo or soaring over the ocean as it recklessly tosses warships about like playthings still fills me with both awe and fear at the same time.  The  one-two-punch of the game’s haunting original soundtrack (scored by award-winning composer Benedict Nichols) and an immersive environmental sound effects suite round out the package, and regardless of which platform you happen to play on (Xbox or PC), the game runs  at a butter-smooth 60 frames-per-second minimum.

The Falconeer is a small but surprisingly ambitious game that will impress those that are curious with its artistry, and if you are willing to pack a little extra patience and tolerance of its more glaring flaws, you’re likely to have a good time. Fans of old-school air-combat games such as Ace Combat and Crimson Skies in particular should consider giving it a shot. 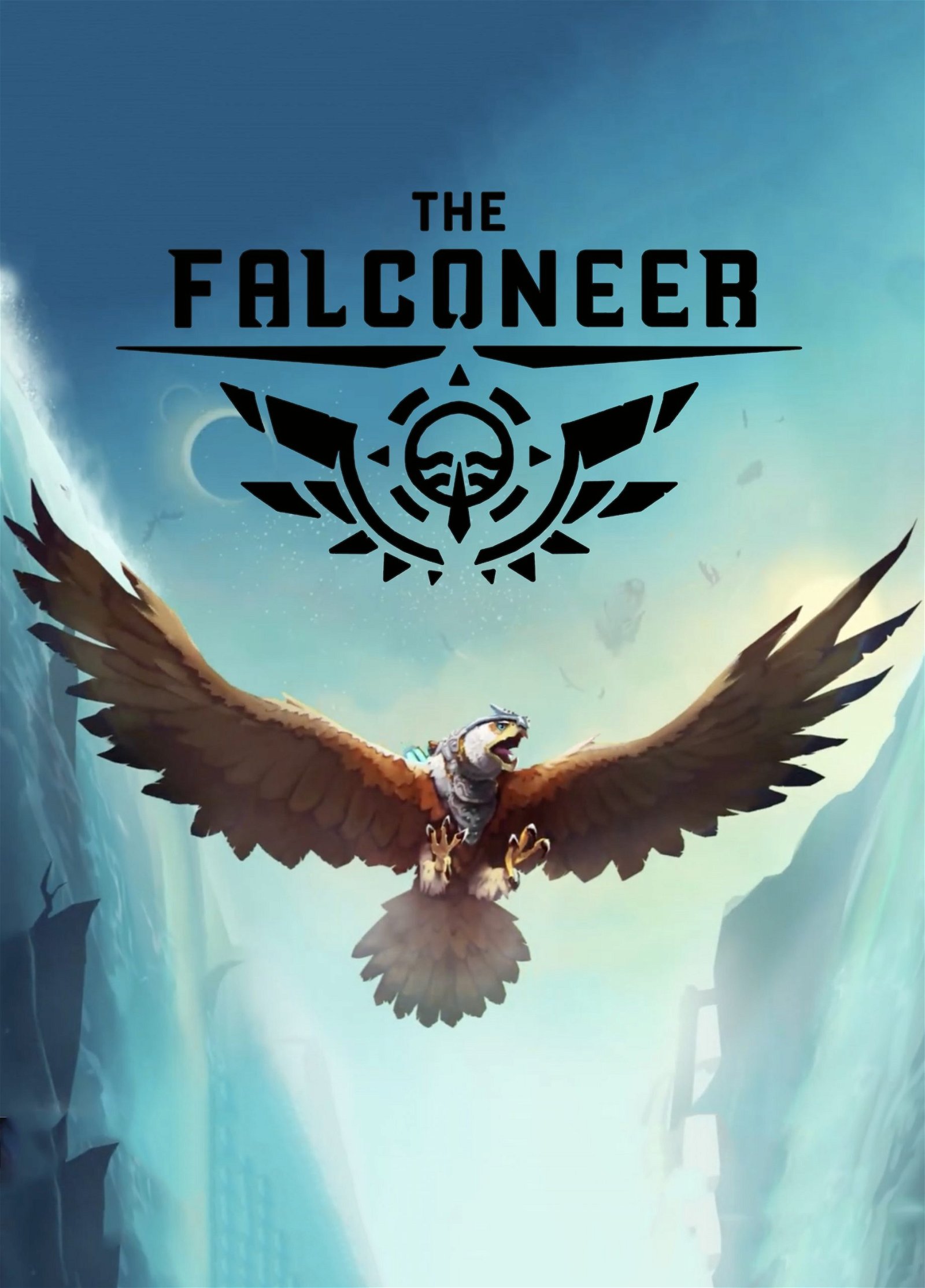