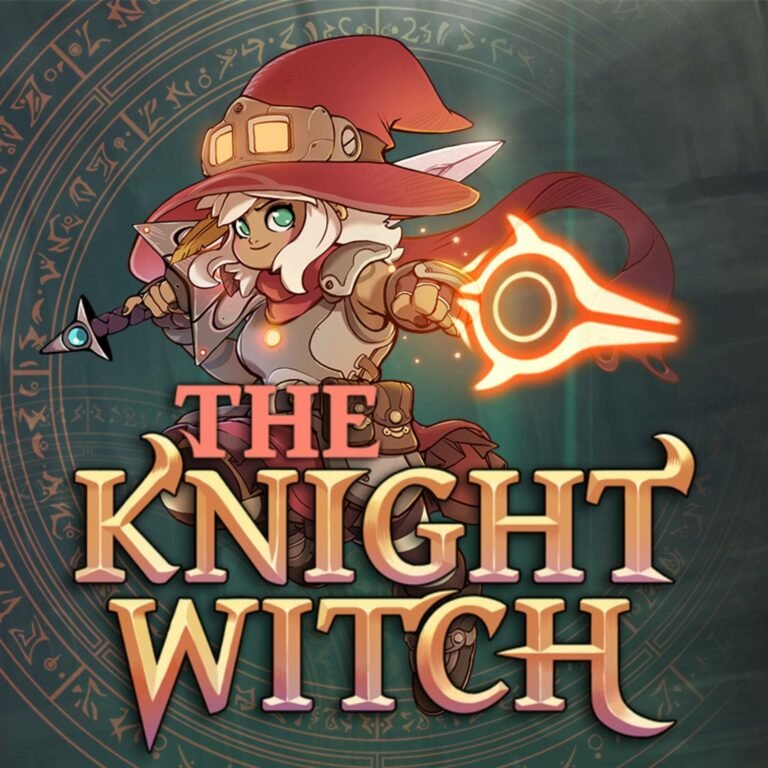 Fans of the Metroidvania genre have been eating well this year. The Knight Witch hearkens back to the 2D action-adventure marriage of the legendary Metroid and Castlevania series with finesse. Only a decade ago, fans had to scour empty crevices for more titles akin to these predecessors, but with a resurgence in 2022, the genre continues to evolve in newer and fresher ways. This is where The Knight Witch fits right in. A finely crafted 2D action adventure that provides substance, story, and strategic gameplay without stowing the difficulty.

The introduction pulls no punches and inserts the player into a storyline that doesn’t feel wholly original but retains enough of its own DNA to craft an identity. The leaders of the world have resolved to overuse the world’s natural resources, which in turn damages the planet. There are, of course, protestors to this abuse of the planet, so the Children of Gaia stand up to them. But without advanced machinery-based weaponry — as the antagonists have — they might as well bring a whistle to a gunfight. This is where the titular Knight Witches come into play.

The Knight Witches are basically Knights of the Square, with four heroines holding up the kingdom’s defence. The player is thrust into a tutorial segment 14 years before the main game’s events under the hat of the strongest, ‘The Angel of Death’ Robyn. Although she initially feels overpowered, the title’s difficulty can easily creep up on an unvigilant player. Destroying the mechanical golems that appear on screen while slamming down the shoot button feels responsive and satisfying, and of course, who doesn’t want to save the world from an ‘evil’ despot?

“The Knight Witch seems simple enough, but there are many elements are at play here.”

The Knight Witch seems simple enough, but there are many elements are at play here. First and foremost, the beautiful hand-drawn atmosphere and characters are a seriously breathtaking sight, with full facial animations drawn and every moving part having many frames of action to provide a fluid experience. The game doesn’t just look great, and a full stellar background orchestra adds atmosphere to the experience. A triumph of style from the Super Awesome Hyper Dimensional Mega Team on the Indie landscape.

The Knight Witch plays like a hectic twin-stick shooter, but unlike The Binding of Isaac, it focuses a little more on the exploration aspect instead of the insanity that appears on the screen, although it CAN get chaotic. For newcomers, there is an auto-aiming system where the person behind the sticks doesn’t necessarily ever need to use the right stick to shoot, just holding the shoot button is good enough to make short work of your enemies. It’s always phenomenal when developers have a certain difficulty they have in mind for the player, not being able to select one must be one of my favourite features in gaming. Think Contra, with a life bar, and you can fly.

My first encounter with a boss fight, the aforementioned despot in a giant mech suit, he proceeds to rain bullet hell on the player like something out of Eggman’s defeat Sonic the Hedgehog manual. This was genuinely challenging without feeling overwhelming and provided a wave of successful ‘Aha!’. Spell-weaving, mixed with raining my own brand of Knight Witch bullet hell in all the boss fights made succeeding feel all the more excellent and made wanting to try again all the more addictive. I was able to get used to utilizing the ‘spell card’ system easily at first, but mastering it became a fun task.

The dialogue writing in The Knight Witch has also been fine-tuned to provide necessary laughs after stressful encounters. When you gain control of the main character, Rayne, she quips constantly regarding her situation at the time. At one point, she suggested she had ‘imposter syndrome,’ which just hit the room right. Rayne also plays the traditional ‘hero’ role, when rescuing her husband, Taki. These interactions are genuinely endearing and give Rayne an air of bad-assery — Taki’s words not mine! — that is believable.

All the characters you can meet on your journey through The Knight Witch are funnily written and believable. There are skeletons who feel lonely because they’re ignored by the golems due to their undead state, these are fun to come across and are equipped with fresh lines each time a new one pops up.

There are many collectibles to find throughout your journey, including newer and more powerful spells that can make shorter work of enemies if used right. Blasting adversaries with an overpowered Rayne just plays excellently and provides a noteworthy powertrip when accomplished with card building. Once a spell card is used, it takes up mana and can’t be used again until it comes up in your deck again, a novel design choice that flows super well. My hands down favourite was the Boomerang, although getting to it was very difficult. I have to say the path to the unlock was very impeccably designed. Good old-fashioned meticulous puzzle-solving at its finest.

The Knight Witch does have a few issues. When many things are happening on screen, it is difficult to determine what a ‘friendly bullet’ or a ‘hostile bullet’ is. This has provided what felt like MANY unfair deaths. There are also massive difficulty spikes, that seemingly come out of nowhere that could get discouraging. These two negative things often tag-team the player into frustrating submission, although overcoming these obstacles has always been achievable during my play-through. It also feels if Rayne is too close to a wall, her bullets simply don’t come out, which can cause a lot of respawns.

The Knight Witch is a unique and fun entry into the Metroidvania genre of games that takes risks like removing platforming gameplay entirely in favour of a more shooting aspect. The spell card system works extremely well and becomes more enjoyable the longer you spend under Raynes cloak. There is sublime artwork here, with an excellent soundtrack, and although there are notable frustrations with gameplay aspects, there’s nothing game-breaking that can cause a defunct save. There’s enough here to make any player want to take up the mantle of The Knight Witch and maim enemies in a frenetic hail of gunfire, just as the gaming gods intended.

The Knight Witch is an easy to recommend entry in a genre loaded with fans who may want to try something different, but also a good starter title for those looking to get acquainted with 2D action games.
REVIEW SCORE
8
File Under: Action, Castlevania, Team 17