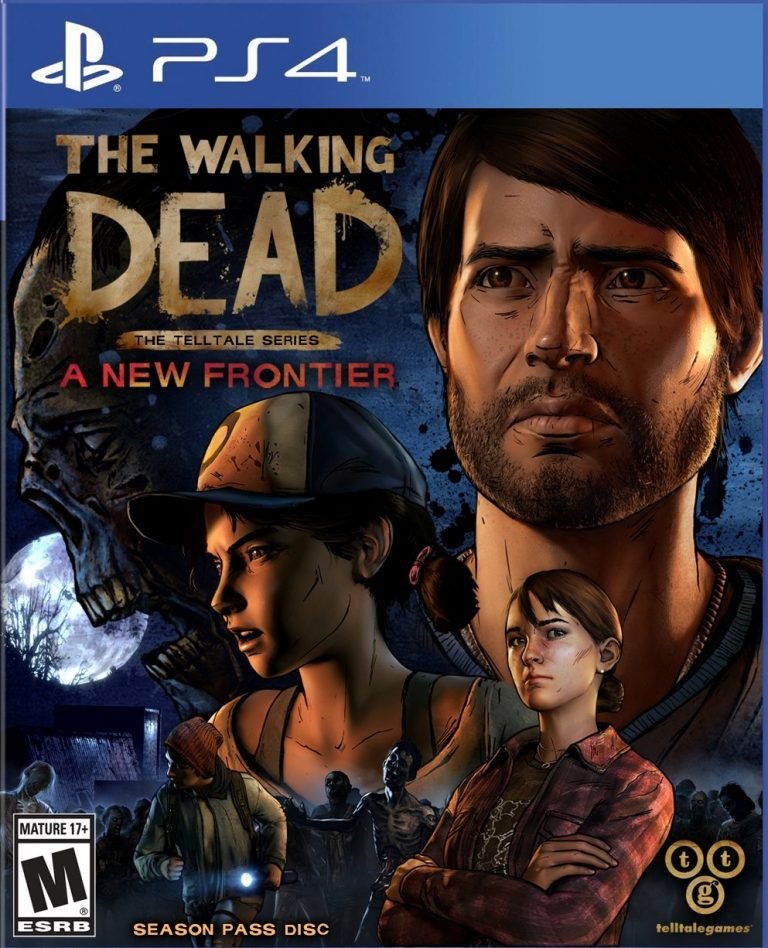 I’ll always remember the first time I experienced Telltale’s: The Walking Dead. I had just gotten into the AMC series, and gripped by the emotionally driven drama of the first two seasons, my brother and I picked up the first episode of the game, excited for a similar experience. I was on the edge of my seat, my heart racing as I watched my brother play, seeing the results of his actions and the potential weight they may have in the future.

For the most part, Telltale has been on top of their game these series. The Walking Dead: Season 2 was an amazing and intense continuation of the series; The Wolf Among Us took a cult comic book and made an excellent 80s detective drama out of it. I only played the first episode of Telltale’s Back to the Future, and I quite enjoyed it; I never played Telltale’s Jurassic Park, I had heard mostly negative things about it, the opposite can be said of Telltale’s Batman, that is to say, I haven’t played it, but heard mostly good things.

The Walking Dead: Season 3 – The New Frontier falls somewhere on the lower end of the Telltale scale for me. It’s got all the similar gameplay mechanics and tones as it predecessors, but I fear familiarity may be breeding my contempt for the series. Make no mistake, this is by no means a bad game, but the recognizable formula across five series now has dulled what was once the game’s definitive edge.

In episode one: The Ties That Bind – Part One, players take control of Javier Garcia, beginning at the start of the apocalypse and showcasing Javi’s turbulent relationship with his family, especially his brother, before they’re all separated. In the present, Javier is now surviving alongside his sister-in-law Kate, nephew Gabe and niece Mariana. When they come upon a junkyard to find supplies, they’re greeted by a band of thugs who separate Javi from his family. However, things begin to turn up as Javi is rescued by Clementine, now in her teens and much more hardened to the world (although, depending on save data from Season one and two, she might have some humanity left in her). Clem introduces Javi to a local community of survivors called Prescott and helps stage a plan to go rescue Javi’s family.

In episode two, the rescue mission goes off fairly successful as Javi is reunited with his family, but attacked by the group of thugs, now identified as “The New Frontier,” who very much resemble Neegan’s “Saviours.” It’s a race against the clock as Kate is shot in the confrontation and is in desperate need of medical attention. Things go from bad to worse as Prescott comes under attack by The New Frontier which forces the gang to find a new safe haven to tend to Kate’s wound.

It’s not a bad story, but for the third season of games, it’s far too familiar. It’s so much of the same notes as the first two seasons: things seem safe and lighthearted, until they suddenly aren’t. Friendships are forged only to be tested, and the values of right and wrong are called into question and none of it really feels all that original. So many of the same archetypal characters are knocking around again, and didn’t we already deal with a “rules by fear” allusion to The Saviours in Season Two?

From a technical level, The New Frontier is probably the best looking The Walking Dead game. As opposed to the previous seasons that sacrificed graphic fidelity for a closer resemblance to the comic book, Season Three uses smooth, detailed character models and environments and applies the cel-shaded aesthetic to them, giving the game an aesthetic that looks great and pays homage to the comic roots. Although, the game suffers from a few glitches that an interactive experience really can’t afford. Graphical glitches that saw people pop into frame from the aether, subtitle text that is inconsistent to the dialogue, or remains on screen for a half a second, and the jarring ways characters try to emote have a way of really taking the player out of the experience.

Furthermore, I couldn’t help feeling like these episodes have been incredibly short. In both the first and second season, as well as The Wolf Among Us, the first few episodes have always had a decent amount of length, saving the shorter episodes for the later episodes. But with both episodes in Season Three, it seemed like just as things started getting interesting, the episode is over—after an hour of gameplay. While I don’t want to drudge up the old “video game length debate,” I can’t help but feel like for an episodic game, providing the player with a more substantial experience helps to offset the month-long waiting period for each new portion.

I think my greatest complaint with The New Frontier is, for a series that has boasted choice and the repercussions thereof, it really offers very little in the way of actual choice. While I understand that this system works effectively given that choices are timed, this is the same problem Fallout 4 had with its four-button dialogue. One of the four dialogue choices is always silence, and what’s on offer contextually never ran in line with any way I could think to solve potential problems. In the early encounter with The New Frontier, one guy accuses you of having a gang after Javi accidently says, “We needed a little…” The contextual dialogue choices, besides silence included: “I’m alone” (an obvious lie, so who would choose that?), “They took off,” or “They’ll be back,” and no choice seemed better than maybe dropping the fact that I had children with me, and this didn’t have to escalate when they inevitably found my family. Almost every choice feels like there’s only the clear good and bad way, never presenting any real ambiguity between right and wrong.

I can’t say I’m really sold on Season Three just yet. It’s far too similar in its circumstances and characters to the last two seasons, it feels limited and, thus far, lacks some of the more intricate, nuanced balance of choices the previous seasons had. Maybe I’ll be swayed by future episodes. Only time will tell. Oh, and Jesus is in here. Make of that what you will.

Telltale has definitely gotten so comfortable that their latest zombie game lacks any teeth.
REVIEW SCORE
6
File Under: Telltale games, The Walking Dead