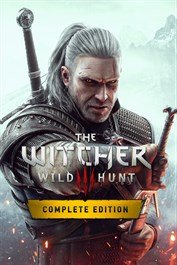 Imagine you take one of the best video games ever developed, and you apply a wealthy coat of new paint to the texture, 60 FPS performance, new weather conditions, a platform for the community’s best game mods, and a myriad of quality-of-life improvements. With all these powers combined you get The Witcher 3: The Wild Hunt’s free next-gen update. No, not Skyrim again.

The changes are made readily apparent from the opening, with a fantastic cinematic cutscene that details Yennefer of Vengerberg’s exploits directly prior to the events of the game. This cutscene and the stunning graphical enhancement made to it, hearkened back the opening cutscene from The Witcher 2: Assassin’s of Kings, where the prime ‘villain’ throws an ice bomb that makes short work of his adversaries. With the new kick-off to The Witcher 3: The Wild Hunt, my body was ready to walk the path once more.

There are many improvements made upon The Witcher 3: The Wild Hunt‘s base game, that are noticeable from the opening menu. There are included details and shadows that translate very well into the main game. This can be seen in the rippling on the water when swimming, and the HD detailing is even present on the cobblestone paths in the major Novigrad city. If I truly wanted to, I’m sure I can count the individual chain links in Geralt of Rivia’s armour. This can be more apparent when adjusting the gameplay visual slider to ‘ray-tracing’ instead of ‘performance.’

This is a small shortcoming: on the Xbox Series X hardware, the ray-tracing option is a huge step back. The frame rate dips when the city Geralt is in bustles with activity, or even when fighting a contracted monster. Fighting the Foglet in its cave lair with the mist looked great, but with the dip in frame rate, I met my demise a few times before I went back to performance. The performance setting runs at a crisp 40-60 FPS without stutter, and the Foglet stood no chance to what feels like improved and more fairly implemented combat.

“The Witcher 3: Wild Hunt is a masterful title that needs to be played by every gamer, the new coat of paint and notable mod inclusions for the Game of the Year edition is excellent dressing on a complete experience.”

I recommend performance, the lighting still looks superb, shadows waltz along walls with precise abandon, and character’s expressions are noticeably different. Having Geralt bow before the emperor upon first meeting showed a glimpse of his absolutely disgusted face almost looking at the player with disdain. The Bloody Baron now weaves his tragic family tale with new facial expressions as well, with the misty gleam in his eyes almost forcing sadness on the player as it pervades the room.

The uptick in graphic integrity and ALIVE facial expressions alone make the price of admission (FREE) worth it, but there’s still more tricks up the development teams sleeves. There is now a brand-new quest called In The Eternal Fire’s Shadow that allows Geralt to dress up as his Henry Cavill portrayed counterpart in Netflix’s The Witcher series, armour known as Forgotten Wolven Armor in-game. This studded leather doublet looks ripped from the live action series and is a huge bonus for Netflix fans. Speaking of, players now have the choice to change Dandelion’s outfit, to how he appears—as Jaskier—in the show as well, if that’s your thing.

There is also a chest in the room housing Yennefer in Emhyr var Emreis’ domain—Charles Dance still explodes through the role with the same exuberance of Game of Thrones’ Tywin Lannister—that contains Easter egg inclusions—possibly inspired by The Witcher: Ronin manga series scribed by Rafal Jaki and illustrated by Hataya—of an armour set with weapons denoted by ‘Nine-Tailed Vixen’. With inclusions like this and the new questline from the Netflix series, the next-gen update does a superb job of celebrating everything The Witcher 3: The Wild Hunt.

There are also numerous quality-of-life changes which keep players out of the menus for longer periods of time. Geralt can now equip and cast signs with an easy cast option in the gameplay settings. This admittedly takes a little time to get used to, but makes Geralt an unstoppable force when utilized. Map filter options to show specific activities around the world also gave me a huge sigh of relief when searching for power sources to buff Geralt before a boss fight. The mini map can be removed for maximum immersion, but this isn’t a feature I utilized at all, I NEED the mini map. These are all solid little improvements that improve the player experience.

If there are any shortcomings for this masterful rendition of The Witcher 3: Wild Hunt, it’s the need to go to waypoints for fast travel. With all the other quality improvements this feels like a small oversight, but there are enough fast travel points around for this to be a non-issue, just a small nitpick on a must-experience adventure. The Witcher 3: Wild Hunt is a masterful title that needs to be played by every gamer, the new coat of paint and notable mod inclusions for the Game of the Year edition is excellent dressing on a complete experience.

The Witcher 3: Wild Hunt is a must play title for any gamer, and the next gen upgrade is an excellent excuse to jump back into the bleak monster ridden world.
REVIEW SCORE
9.5
Buy On Amazon
File Under: Next Gen, The Witcher, Xbox Series X