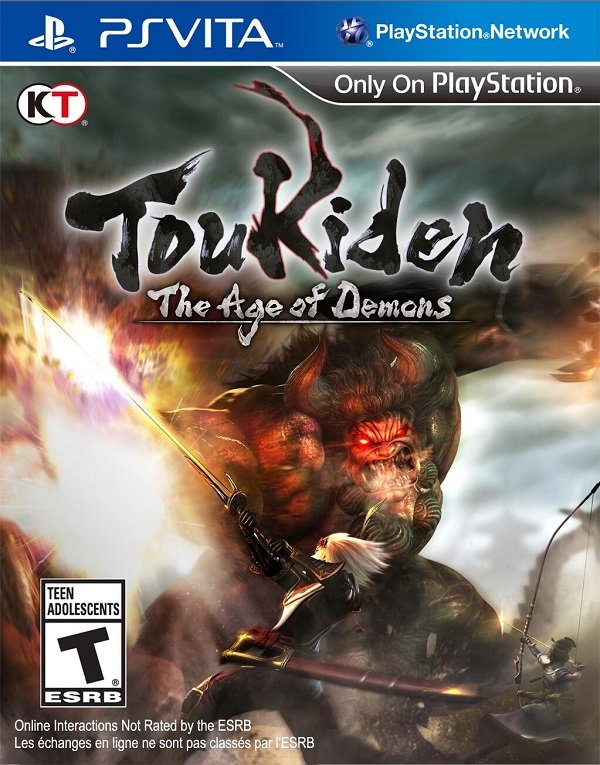 Attack Of The Clones

Monster Hunter was one of those rare games that seemed to create an entire new genre all by itself. The concept was simple; you start in a town, you run out into the wilderness to kill smaller monsters, for various components to make better weapons, then eventually go out and start killing much bigger monsters for even better components and better weapons. You can do this by yourself, or you can do this with up to three other people. That’s the gist, it’s essentially a solo or co-op experience that, unlike “Horde Mode” as the West understands it, pits players not against waves of enemies but one big bad beast. While its popularity has never really grabbed the imagination in the West, in Japan, it became huge, and was one of the reasons why the PSP thrived there.

Since Capcom has taken their Monster Hunter ball over to Nintendo’s backyard and started playing there exclusively, many other studios have tried to capitalize on the void, filling it with varying degrees of success. Toukiden: Age of Demons is more of a Monster Hunter clone than Soul Sacrifice was, and, depending on your feelings that could be a good or a bad thing.

Rather than simply toss you into a village where people hunt monsters for fun and profit, Toukiden places the player-created character in a village at the twilight of apocalypse. An outpouring of monsters from another dimension ravaged most of the Earth years ago, and now only one region remains, with one village in particular right at the “front lines” of the demon incursion. The dimensional breach is so severe it warps time and space, giving Omega-Force an excuse to drag out period Japanese environments as the backdrop for battles. Along the way a merry band of NPCs bonds, argues and discovers the Power of Friendship™ in true anime fashion, and the player character—the newbie, of course—is the one that surprises everyone by proving to be the mightiest warrior around. Like Monster Hunter—and unlike Soul Sacrifice—the story is disposable and not really important to the game, merely providing some background and motivation for the real attraction, the monster hunting.

It should be noted that the developer, Omega-Force, is the team at Tecmo-Koei responsible for the assembly-line-esque phenomenon known as Dynasty Warriors. This means they already have a frightening amount of experience with small, arena-like levels, unrealistic action, and, of course, historical recreation that rarely matches up with actual Asian history. All of this is evident in Toukiden as players romp through a total of six areas, all of which bear suspicious resemblface-liftevels from any number of Dynasty Warriors games. Even the characters bear a striking similarity to the types of designs seen in a DW game, so while it’s not fair to say that Omega-Force simply reused assets, it’s pretty obvious they didn’t stretch themselves creatively when taking this game on. The music is also in the same vein, with a combination of rock and orchestral that could happily stand in during the action sequence of any DW game, but it’s the language settings that show the real budget constraints at work in Toukiden. All the spoken dialog is in Japanese, which is fine during cutscenes when subtitles are available, but impractical in actual gameplay when various NPC companions are shouting warnings and, if you’re not Japanese literate, these are not subtitled comprehension. Perhaps Tecmo was assuming the only Monster Hunter fans in the West are fluent in Japanese because only a die-hard Japanophile would care about the genre, but it’s a grievous miscalculation on their part, and only reinforces the fact that this was a rush job.

Other Monster Hunter clones like Ragnarok Odyssey and Soul Sacrifice, have tried to fill Capcom’s shoes by following the basics of a MH game—i.e., hunt monsters—while still trying to establish a unique identity. Soul Sacrifice, for example, did away with towns and other conventions, introducing a dark/light mechanic in which defeated monsters could have their souls obliterated or redeemed, resulting in a change to the player’s own playstyle as abilities took on a moral character of their own. Ragnarok Odyssey introduced a card system for enhancing player attributes and took a goofier, lighthearted approach to the world and its players.

Toukiden is basically just Monster Hunter slapped with a coat of Dynasty Warriors paint. There are a few concessions to originality here and there, but they are tweaks to an otherwise unapologetic photocopy of the MH experience. For example, one interesting idea is that the bigger monsters are largely indestructible except for parts which can be shot/hacked off. Chopping off those parts is just a reprieve however, as, given enough time, the parts will regenerate, so players must “purify” them, which involves taking a meditative stance over the chopped off part and doing nothing else while the monster continues its rampage. If the part is purified, it will NOT regenerate, and that portion of the monster—even though it has an ectoplasmic replacement—does reduced damage from the original part and is exceptionally vulnerable to all attacks.

That’s an interesting tweak, but unfortunately, it’s just about the only tweak Toukiden makes to the MH concept. You’re still creating a character, you’re still wandering around beating on lesser monsters, working your way up to “the big stuff,” and you’re still grinding a small handful of missions repeatedly for parts to upgrade your gear. This is all Monster Hunter 101 without the benefit of a new story, or even the exotic art direction that MH and its other pretenders are sporting. Dynasty Warriors has always been about stylized historical recreation of medieval Asia, and that influence continues here. While the game provides requisite fire, desert and ice levels, this variety is offset by the fact that all these levels are based on historical periods that give all the environments a same-y feel thanks to the scattering of period Japanese buildings everywhere. In Monster Hunter, a lava area looks like fiery, rocky region while a sand level looks like an open desert. Here, it’s more like “lava accents this ruined Japanese village while sand highlights that ruined Japanese village.”

A serious problem with Toukiden is that the pacing is not just a copy of Monster Hunter, it’s a bad one. The grind hits Toukiden very quickly, with side-quests and main missions that throw players against the same monsters and environments right from the start. Even MH gave players some different tasks while starting out and learning the mechanics, but Toukiden jumps straight into “Kill x monsters” and  grocery list of items required by needy NPCs that entail running through a level over and over again, harvesting resource points hoping the item will pop up on a dice roll.

Perhaps most disappointing of all for MH fans is the monsters themselves. The actual design work is quite striking—this is the Vita after all, so these monsters look good—but tactically, they feel like a step backwards from the MH franchise. Hectic fights such as the Rathalos in MH that had players running from one zone to the next as the quarry moved about don’t exist here; the monsters inhabit one area and stay there. Aside from the fact that Toukiden monsters tend to transform to a second-stage configuration in the latter half of the battle, there’s little in the way of surprise here.

Finally, the game is also considerably easier than its predecessor. For some, this might actually be a selling point as the MH franchise could be notoriously cruel to the unprepared. Tactical use of skills and even teamwork is not that critical to the success of a hunt in Toukiden. It’s possible to ignore the entire secondary skill system they’ve created and still brute-force your way through the fights as long as you occasionally stop to make sure your equipment is up to date. This is in stark contrast to Monster Hunter where strategy was so vital to the fights that only a tremendous amount of grinding could overcome the limitations of people that refused to play tactically. Toukiden is a more forgiving, less complex game, and while it is more approachable in that respect, it also suffers for it.

That’s not to say that Toukiden is a terrible game. Like many other games before it, multiplayer makes the game better than it should be. It offers both online and local, ad hoc co-op, and this is where the game shines brightest, its mechanical shortcomings easily ignored by the fun of playing with friends. The problem here is that those shortcomings are still apparent when compared to Soul Sacrifice or the original Monster Hunter series. This wouldn’t be so much of a problem if the Monster Hunter void weren’t filled by other titles like Ragnarok, Soul Sacrifice and the upcoming Freedom Wars. The real nail in the coffin however, is that Monster Hunter Freedom Unite, one of the most complete versions of the MH franchise, is about to be offered free on PlayStation Plus, instantly weakening Toukiden’s value.

Toukiden is a Monster Hunter clone that doesn’t distinguish itself enough from its inspiration, and even falters in some respects. It’s playable, but is never particularly inspired or as addicting at is predecessor. It does, however, scratch the MH “itch” more closely than its competitors, even if it doesn’t do it was well. If you’re dying for a new Monster Hunter game that follows the formula almost slavishly, then Toukiden will suffice. If you’re looking for something that does it better, and don’t yet have any Monster Hunter games, get the upcoming PSP/Vita version or play the new versions on the 3DS and Wii U.

Rather than simply toss you into a village where people hunt monsters for fun and profit, Toukiden places the player-created character in a village at the twilight of apocalypse.
REVIEW SCORE
6
File Under: Action, Omega Force