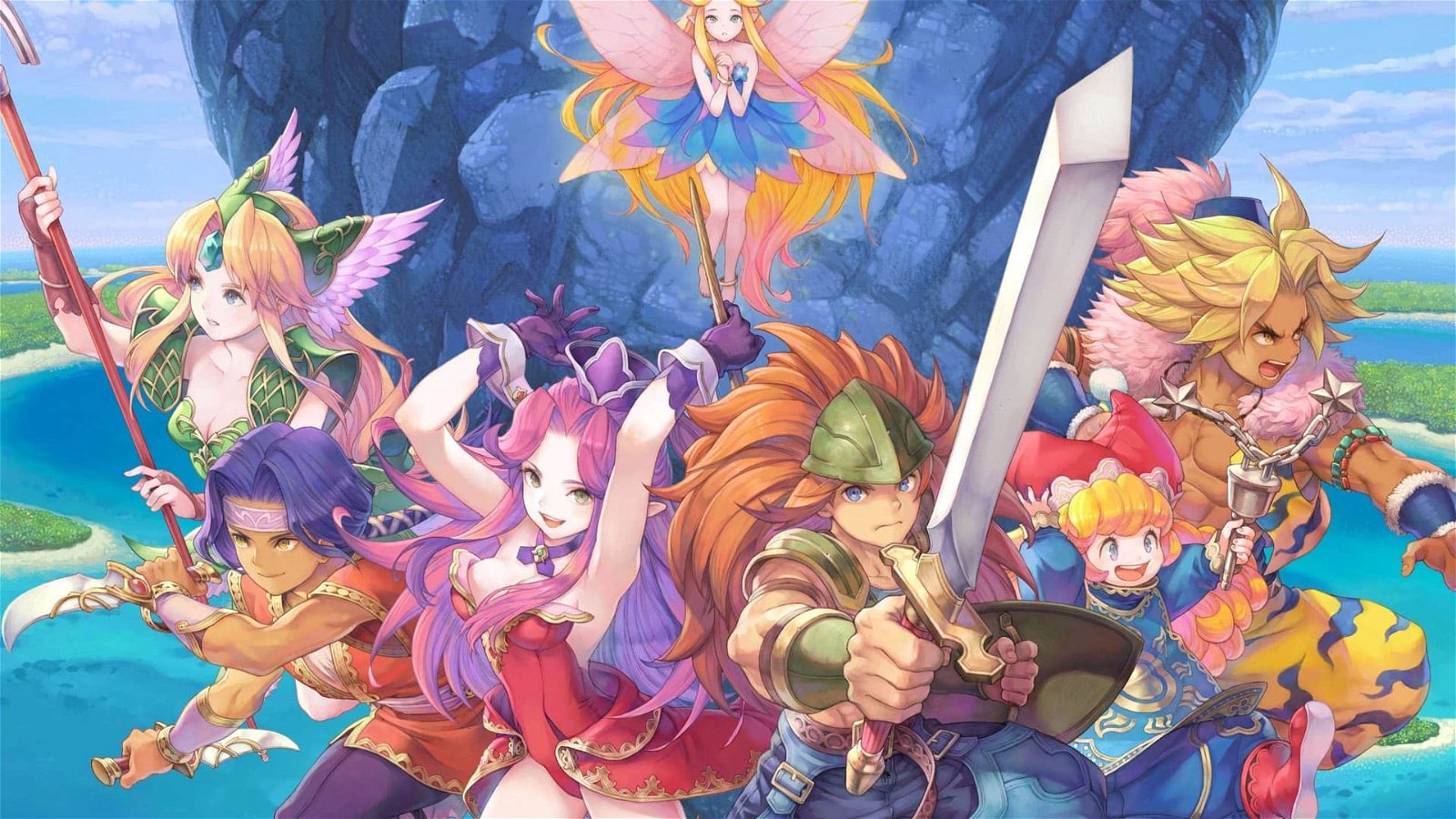 Seiken Densetsu 3 released for the Super Famicom (the Japanese Super NES) in 1995. It was the third game in the action-roleplaying game Mana series, and in spite of its lack of localization, went on to accrue a large global following thanks to an english fan translation. The game was famous for its high replay value thanks to the ability to pick from 6 playable characters with their own story paths and branching classes, each divided into three overarching plotlines with different villains and some unique locales. Pairing characters who shared a goal could foster unique interactions and subplots. The game even had couch co-op! For 1995, it was an insanely content-rich effort, and global fans lamented its lack of localization… until now.

Enter June 2019. Out of nowhere, Nintendo revealed that it had assisted in localizing Seiken Densetsu 3 as part of the Seiken Densetsu Collection — or as they became known in North America, Trials of Mana and the Collection of Mana. Because of Nintendo’s involvement, the localized game was exclusive to the Nintendo Switch… but that didn’t matter, because alongside it, Square Enix announced that Trials of Mana, a game that took over 20 years to leave Japan, was primed for a full 3D multiplatform remake less than a year later! Huh?!

That’s how we ended up with the miracle game that we’re discussing now. It’s a weird set of circumstances, especially when juxtaposed with the half-a-decade long leadup we’ve had for the Final Fantasy VII Remake, but it’s here now. So, does it still hold up? With the modern sensibilities of this remake, I’d say so — with reservations.

Almost everything I said about the original game holds true in the Trials of Mana remake; the only thing that has truly been cut was the local multiplayer, and that’s not a huge loss. You still pick three out of six playable characters with their own stories, and those six stories are further divided into three major plotlines. Certain characters have more story synergy than others, and you can mix and match them however you please on different playthroughs. A unique addition to the remake is the chance to play through the prologue of your main character and both secondary characters if you so choose. While some characters still have a little more synergy than others, the remake has gone out of its way to add more dialogue in the effort to ensure that every party combination will have balanced interactions with each other and the plot at large.

Speaking of party balance, the Trials of Mana remake’s combat system has been completely overhauled. From a new camera, to a new simple combo system, to the ability to jump, Trials’ gameplay now resembles more of a PlayStation 2-era action-RPG than it does its relatively archaic 16-bit predecessor. You are encouraged to swap between your three party members on the fly, and you can string together their various attacks, techniques, spells, and super moves to mix up your fights. Thrown items have returned from the original game, and they’re still useful if you know how to handle them. Fighting doesn’t require as much finesse as it used to, but with skill trees on top of the branching class system from the original game (and several extra classes available in the new epilogue), you have more options than ever before. Throw in a returning day-and-night cycle with gameplay consequences (one character even has a super mode tied to it!) and a seven-day calendar that affects magic, and you have a solid gameplay experience that you can keep experimenting with well after the 30-ish hours a normal playthrough will take.

Of course, no classical RPG is complete without a story. Trials of Mana’s various storylines charm, but don’t really impress. The game keeps things simple and easy to predict across the different storylines, with obvious villains and simple motivations for straightforward characters. It’s not bad, but it is very much “of its time”, and it is clear that more time went into making a compelling main cast than doing… anything with the setting. The english voice cast muddles matters by running the gamut from passable to hilariously bad, and you’ll need to decide for yourself if it’s worth braving for comedy or just stick to subtitled Japanese. Seiken Densetsu 3 was by no means a bad game gameplay or story-wise, but newcomers must remember that it garnered more reverence for what it did than what it was.

Fortunately, the game’s presentation makes that an easier pill to swallow. The music is a remixed and reorchestrated version of the game’s original soundtrack, and it is just as good as it used to be. The visuals are gorgeous, and while nothing can replace good old-fashioned pixel art, Trials tries its darndest to impress with its vibrant colours and soft, cartoon-y designs. Environments, enemies, and special effects all look great, and contribute to the nostalgic charm the game seeks to deliver. The same can’t be said for the alarmingly bad cutscene animation, unfortunately. Kevin’s prologue embodies this in a short scene with him and Goremand near a wall of vines. I cannot find the words to describe what I saw when Goremand walked towards and up the wall for several seconds before a 180 degree camera cut. Trials normally looks like a 2020 game, but… not there.

Taking all of its aspects into account, the Trials of Mana remake feels like a game that could have come out at any time during the last 18 years with worse visuals, and it would have been just as good. The voice acting and story give it a “classic anime” feel that’s really going to jive with some people, and turn off others. The combat, while a little easy, repetitive, and very slow to open up, is as customizable as you can ask for, and limits on characters and classes in a given playthrough mean there will always be room for experiments. Trials of Mana still embodies Seiken Densetsu 3’s primary draw of replay value, and seeing how a general plot will progress with different protagonists. I’d say it’s amazing that a game with this much content costs less than full price, but with the maps being almost 1:1 remakes of the source game and the cutscenes being very crude, it makes sense. If the recent Final Fantasy VII Remake has left you wanting some action-RPG comfort food, you can’t go wrong with Trials of Mana.

Trials of Mana shows the age of its 1995 original, and awful cutscenes distract from its story. However, replay value, competent gameplay, and raw charm still keep it memorable. 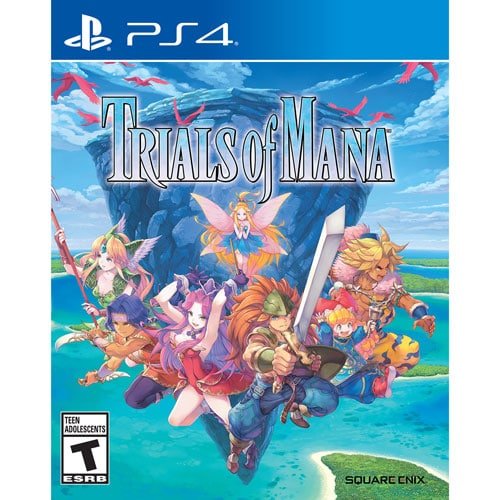