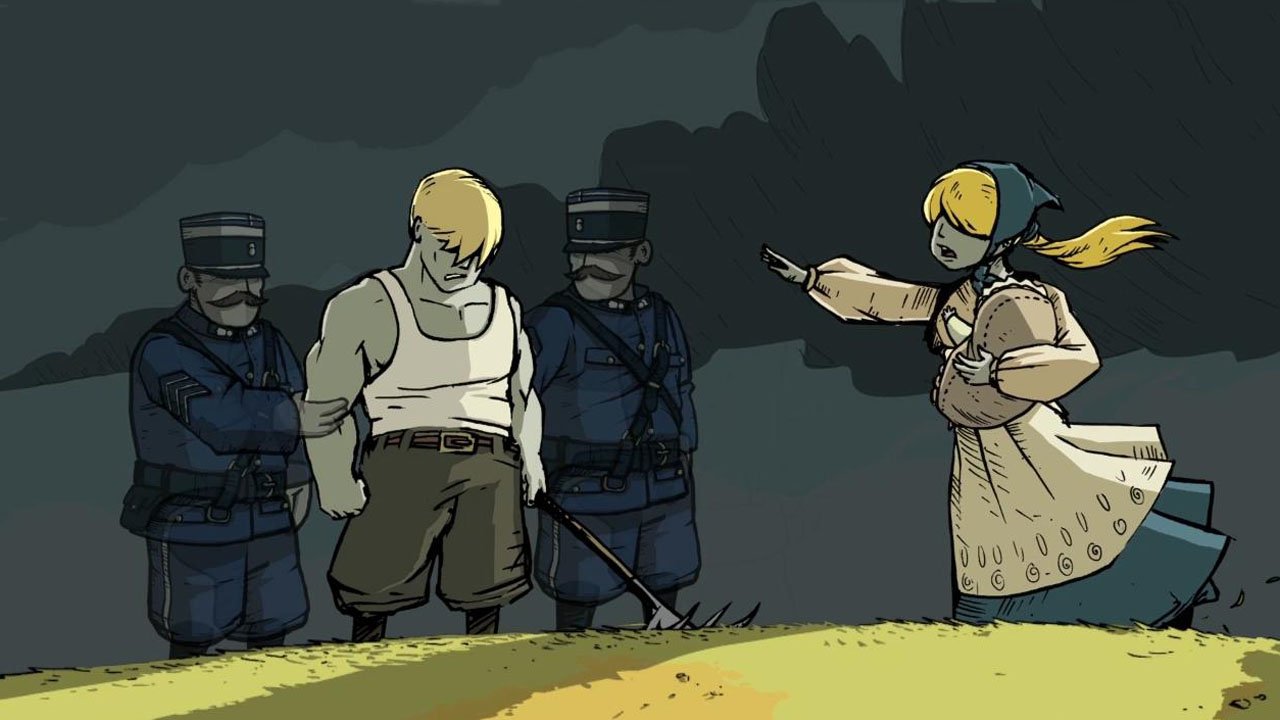 Adventure games come in a lot of different shapes and sizes. Some, like the upcoming Grim Fandango re-release, are classic point n’ click games. Others, like Another World, are puzzlers thinly disguised as action games. Valiant Hearts is a little bit of both, but manages to stand apart from many of its peers by virtue of its distinct art, and unconventional ambitions. Not many games choose the First World War as a setting, let alone as a subject of thematic exploration. But once again, a small team at Ubisoft has broken away from big, AAA productions to work on something small, quirky and personal. The result, Valiant Hearts: The Great War is a little treasure of adventure gaming that also celebrates the 100-year anniversary of WWI.

No War Is A Great One

Valiant Hearts puts the player in charge of a cast of characters through the first three years of WWI. These characters come from all walks of life; a grandfather, a husband, a medical student, and an American expatriate. The only thing they have in common during the war is… the war. As with any major conflict, WWI threw people together under the oddest—and often most tragic—of circumstances, making enemies of friends and even friends of enemies. The story, though fictional, is based on meticulous research—and even letters—from the era, and is coupled with historical files and photos that can be pulled up and read further to educate players on circumstances the characters find themselves in. There’s not going to be any discussion of the story, since it’s paramount to the emotional effectiveness of the game, but know that there is a very moving, occasionally funny, occasionally tragic tale being told here that does the exact opposite of Call of Duty; it condemns war rather than celebrates it.

The presentation side of things is a real treat for fans of the unique. As to be expected, the Ubi-Art Framework Engine makes it possible for a small team of artists to maintain a distinct, handmade, 2D look. In Valiant Hearts’ case, this means a gritty, cartoony look not unlike early 20th century political cartoons in newspapers, or even magazines like the New Yorker. The music is similarly distinct, with a lot of low key—some might say manipulative—piano compositions, along with some classical music thrown in at the most unexpected moments… like a zeppelin attack. It’s one of the odd things about Valiant Hearts that despite the dark, sometimes depressing nature of the material, there are still moments of humor scattered about in unexpected places that feel playful, not disrespectful to the subject matter.

As for the game itself, it’s half point and click, half environmental puzzle adventure game, in 2D, side-scrolling fashion. Despite the fact that this is a game about WWI, the characters under player control never kill anyone, although they are frequently surrounded by death. Ubisoft Montpellier made a decision to not make the player feel powerful, to make them afraid of the war, rather than wanting to be a participant, and it worked beautifully. A hint system is in place to slowly aid those less experienced with adventure games (and, to be fair, the game occasionally suffers from “adventure game logic,” where the solution to a given problem seems only to make sense to the game designers), but the real attraction here is “experiencing” WWI. Even though the aesthetic is cartoony, the military situations are all based on actual history. Anyone that’s ever complained about a difficulty spike in a FPS will have to redefine “unfair” when they see how soldiers were ordered by their superiors to run into the middle of a heavy artillery barrage armed with only a rifle and bayonet. The most impressive trick that Valiant Hearts manages to accomplish is that it educates players in an engaging, emotional way. Rather than reading a dry textbook entry about the battle of Vimy Ridge, players can charge along with a Canadian regiment and “see” the chaos of aerial bombardment, heavy artillery and trench warfare that was unlike any other conflict in military history.

Valiant Hearts: The Great War is a very good adventure game, but perhaps more importantly, it is an affective, engaging way to remember and experience the horror of WWI. This is not a game that condemns one side or the other. Rather, it encourages players to think about those that lost their lives in war, and the moving—frequently tragic—circumstances behind their deaths. In some ways, teachers are probably better off throwing their WWI history books out the window and simply having students play this game. It’ll make more of an impact than an essay or homework ever would.

The result, Valiant Hearts: The Great War is a little treasure of adventure gaming that also celebrates the 100-year anniversary of WWI. 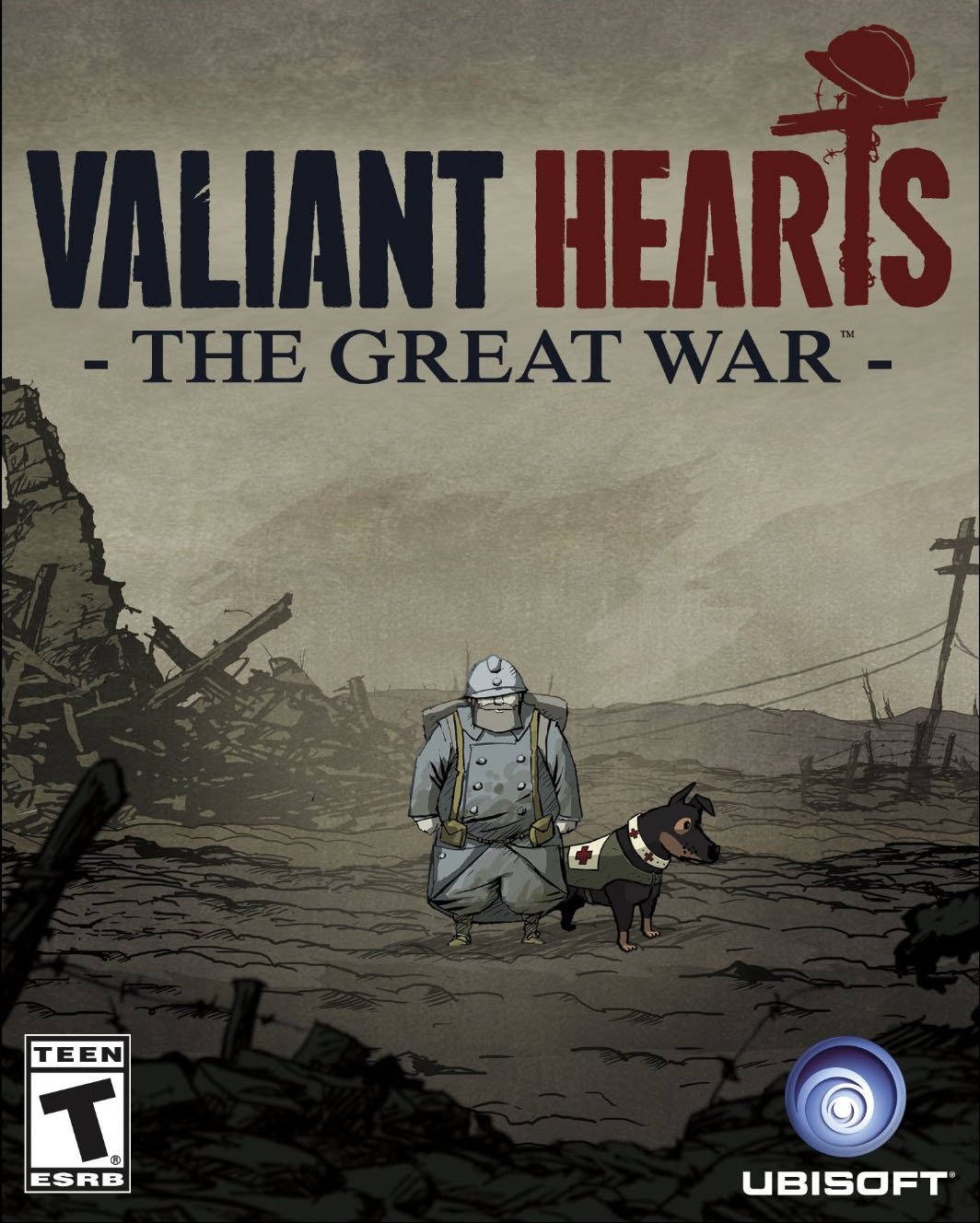