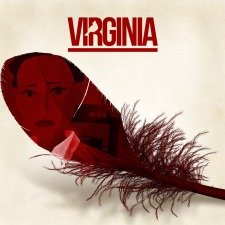 Virginia is a short narrative game about an FBI agent and her first assignment, which involves looking for a missing person while also investigating her partner for internal affairs. The entirety of the story—which clocks in at around an hour-and-a-half—is told strictly through actions and visuals; there is no voicework or dialogue to be found.

Thing is, I’m not sure exactly what the story is, or at the very least how it ends. I get that you’re investigating a boy that went missing from a troubled home, and that your partner might have psychological problems that you’re checking up on, but beyond that, I couldn’t tell you much more. The finale of the game seemingly has two endings right after another, though I’m not sure either of them was real. One seems like it could have been a dream and the second starts right after that and has you literally tripping on acid until the credits roll. I suppose as the player I can decide for myself which is the true, actual ending, but neither is clear enough to make said decision.

While I may not fully understand Virginia‘s story, I certainly appreciate the way in which it was told: through the body language of characters and a little bit of trippy psychological thriller or dream sequences. If you’re a fan of The X-Files or Twin Peaks you’d be hard pressed to not see the influence those series had on this game.

Virginia’s art style is simplistic but works beautifully, though I’m not sure screenshots do it justice. The musical score, as performed by the Prague Philharmonic Orchestra, is easily one of the best this year and adds as much atmosphere to the game as the graphics and characters.

Whether or not you’ll enjoy Virginia comes down to your opinion on artsy psychological stories. The short playtime will certainly turn many players off, though you can get a bit more out of the game if you’re an achievement hunter as there are collectible feathers to find, but personally, this critic doesn’t have time for that. The gameplay is extremely minimal and consists mainly of walking about and pressing an action button to interact with whatever item or character the narrative requires, continuing the story.

As a piece of art, I quite appreciate Virginia. It’s very pretty graphically, and the soundtrack is stellar, but as a narrative game it left me feeling a bit empty due to the story not being all that clear and the gameplay being so bare. I’d love to see a longer, more defined narrative for this type of game, with the story told in a similar way—through body language—but I certainly won’t be revisiting Virginia in the future (the game or the state).

As a piece of art, I quite appreciate Virginia. but I certainly won't be revisiting Virginia in the future.
REVIEW SCORE
6
File Under: 505 Games