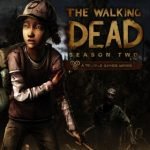 The Walking Dead continues its hot streak as an adventure game, with the second episode of the second season finally hitting connected computers and consoles everywhere. This second episode, entitled “A House Divided,” manages to surpass the first episode as a piece of entertainment. The most surprising thing is, it does this by downplaying the interactive aspects and falling back on the oldest, hardest tricks in the book; some damn solid writing.

We don’t need to go into the graphics, mechanics or other technical aspects of the game. This is essentially the seventh installment of an ongoing series, so people new to the franchise should NOT be starting here, as it would simply be confusing and frustrating. This is very much a serial drama series, with each episode building on the next, so if you’re reading this review wondering if you should jump in, the answer is “Yes, but NOT with this episode, go all the way back to the beginning with season one, episode one.”

That out of the way, let’s talk about what makes this second episode a stronger instalment than its predecessor. Clem is now thoroughly embedded in a new group that has troubles of their own. They’re on the run, they make for a new destination of safety and, predictably, things go sour. That’s all I’m going to say about the plot since it is absolutely critical to the enjoyment of this episode, much moreso than the previous instalment. Credit in particular has to go to Nick Breckon who last wrote the “400 Days” transitional episode between season one and two of The Walking Dead. Breckon doesn’t try any fancy tricks, or use clever narrative devices, instead, he just writes some of strongest character moments in a game this year, an accomplishment unlikely to get beaten out by any AAA title in 2014.

This episode, unlike the first, is very much character driven. Rather than simply throwing Clementine into some difficult decisions, A House Divided takes its time letting the characters express themselves, letting Clem (and the player) react to things and ultimately making the choices more meaningful because players are engaged in some legitimate, quality drama. When a surprise character pops up, the game acknowledges the emotional journey both the player and Clementine have undergone, and even though there’s no great amounts of exposition, Breckon does just enough with a few words and some glances to validate the emotional investment in these characters that players have been carrying throughout the entire series. It’s something that the best of long running dramatic television occasionally accomplishes, but it was surprising to see it at play here in a game.

But then that’s both the strength and the weakness of this episode. There are still dialog choices to make, even a few of the now standard QTE action events when zombie inevitably start trouble, but the majority of the game is more like a visual novel than “normal” game. Plot, dialog, suspense, and old fashioned writing techniques in the hands of a professional are really what are on show here and they work. It’s still uncertain whether this second season is going to meet or exceed the emotional intensity of the first, but one thing is for certain, the writers and actors are crafting a solid enough tale that people will want to know what happens next. This is, by no means, a cutting edge adventure game. But when the writing is this strong, it doesn’t need to be.

Telltale is still doing enough with the story and characters of this game that there don’t need to be new mechanics or design surprises to justify a purchase. There’s a good story happening here. Maybe it’s not the most original or surprising story, but the characters are relatable, the plot is engaging, and there’s enough conflict and suspense to make the average player curious to find out what happens next because they’re worried about the characters they’ve bonded with. That’s still something many game narratives struggle with.

The Walking Dead continues its hot streak as an adventure game, with the second episode of the second season finally hitting connected computers and consoles everywhere.
REVIEW SCORE
8
File Under: Adventure, Telltale games, The Walking Dead