War of the Roses (PC) Review 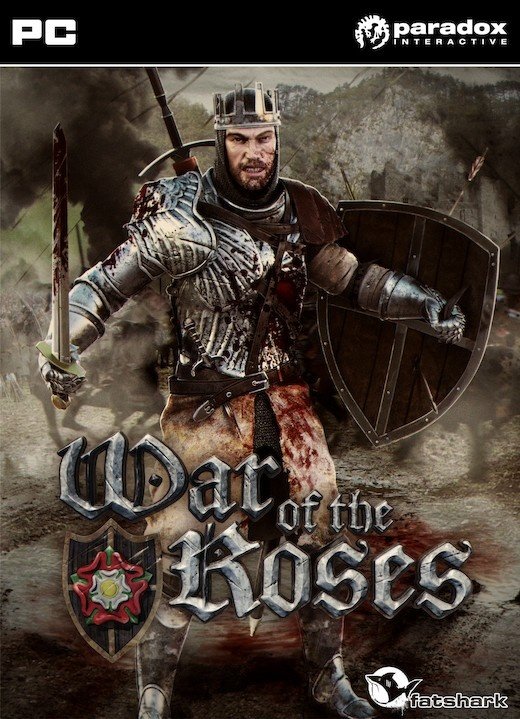 I can’t stick with most multiplayer shooters. Within the first few seconds of having entered a map the screen will turn blood red and my character will fall to the ground dying. After waiting for the requisite respawn timer to count down again the process usually repeats. When I’m able to break out of the auto-death portion of multiplayer shooters, I can usually do okay, scraping by but by no means excelling because, I suppose, my twitch reflexes just aren’t as sharp as others. Even as a so-so player I enjoy them and, when running around a multiplayer map with a friend, find that games like Battlefield 3 or Call of Duty: Black Ops offer a style of gameplay that is straightforward, but just cerebral enough, to be a truly relaxing alternative to the more demanding pace of the single-player titles I prefer.

Shame about all those instant deaths and respawn countdowns though.

War of the Roses , Fatshark’s 15th century take on the English civil war that would establish the House of Tudor, seems to have been designed with people like me in mind. It is something unique; a multiplayer swords, shields and archery game with the progressive levelling and gear unlocking of a Call of Duty.

It’s also a strange beast that is as compelling as it is aggravating.

The shooter-style progression system mentioned above fits easily into Roses‘ medieval trappings. Players who have grown accustomed to earning experience points and/or virtual money through capturing objectives, healing dying teammates or taking down opponents will know what to expect from the game almost immediately. Enter into a battle and either kill every non-friendly player in sight or beeline toward key points on the map and wait for a timer to count down in order to control them. Barring the Unreal Tournament announcer voice that pops up to announce “Headshot!” and “Kill Streak!,” it all works quite well. Objective capturing and team deathmatches (Conquest and Team Deathmatch are, unfortunately, the only two modes of online play) make sense in the context of the setting and the red rose/white rose dichotomy of the historical Lancaster and York forces is tailor-made to the usual blue/red team divisions that multiplayer shooters have made most players familiar with.

The combat itself is a mixed bag. Fatshark have done a tremendous job of creating a series of mechanics (reminiscent of TaleWorld’s Mount & Blade series) that emphasize strategic thinking rather than blind aggression, but it’s not without fault. Swordplay is handled by choosing a cardinal direction, the player dragging the mouse into one of four positions, then holding down the left mouse button to charge the power of its swing. The right mouse button controls a shield/raised sword in the same way, making every instance of attacking and defending a dance of give and take that feels nicely authentic. This is marred, slightly, by a game camera that can sometimes feel unruly at crucial moments, causing more than a few unfair deaths.

Exasperating this problem is that the weapons and equipment are, unfortunately, still somewhat imbalanced. Players equipped with a two-handed great sword, matched up with the Milanese sword style (fast strikes, less damage) are often able to bludgeon differently equipped enemies a little too easily. The changes to balancing that Fatshark have already provided in the first week of release make this issue seem like a temporary one, though.

As it is, increased skill and access to better gear makes War of the Roses‘ brand of multiplayer reflect the problems of the shooters it apes: an inverse difficulty curve. Persistent character growth — experience points and money allowing players to purchase new equipment and perks — makes it possible for certain encounters to feel somewhat unwinnable. The instant kill that comes from the lance of a mounted unit’s cavalry charge makes sense within the context of the game, but when access to a horse is locked behind a player having achieved the requisite level, new players don’t stand a chance against it, regardless of how talented they may be at wielding sword or bow.

The death mechanic is an occasionally equalizing element to the team dynamics that works to assuage some of this imbalance. Much like how Battlefield lets dying players choose between holding out for a medic who can bring them back to life at the spot they were downed or giving up and respawning further from their objective, Roses features the ability to “yield” or wait for help. In a touch that feels true to the chivalry of the game’s knights, yielding allows players to fall on their knees and beg for mercy, effectively beginning a countdown until they can respawn, or lie in place and hope for someone to come over and revive them (an act that leaves the helper vulnerable to enemy attack). An opponent who spots a downed player, fishing for a teammate to bring them back to life, can take the time to “execute” their enemy, though, forcing them to wait even longer to get back in the game. Battlefields often become littered with duelling knights, pleading wounded and merciless headsmen, a chaotic scene that is filled with gameplay considerations just as it recreates the disorder of medieval warfare.

War of the Roses , whether a love of British history has coloured my opinion or not, also captures its setting extremely well. The game, aside from some flat textures, graphical “pop-in” and underwhelming menu design, looks very good, Fatshark having done a solid job of rendering the game’s 15th century weapons, armour and English landscapes. Though there far too few maps available, each one is colourful, well laid-out and evocative of a bygone time. The sound design is also well executed. Clanging swords, the thwock of a loosed arrow and the temporary deafness of a whack to the helmet work to enhance the visuals and further the sense of actually taking part in a medieval battle. A few bugs and glitches (clipping through objects, dying enemies lying within one another) dampen Roses‘ immersive presentation, but were becoming less common with every day of review.

Whether or not Fatshark continues to display this type of commitment to supporting War of the Roses will likely decide if the game will be
regarded favourably in the future. The imbalanced gear and a serious lack in gameplay modes (the setting is rich for single-play content and further styles of multiplayer) take a lot away from a release that, ultimately, feels too much like the beta test of a much better game.

Just the same, the tension of a protracted one-on-one duel between two skilled players; the glee that comes from cutting a mounted unit off of his horse so he comes tumbling down to the ground; the moments when a team naturally falls into historically appropriate regiments of archers, spear walls and rushing knights all provide something that is wonderfully novel. All of these strengths contribute to that nebulous sense of feel that the game excels in providing. Players who are willing to overlook War of the Roses failings and appreciate what this flawed gem does do well will find a lot of things to love and a gameplay experience unlike much of anything else on the market.

War of the Roses , Fatshark's 15th century take on the English civil war that would establish the House of Tudor, seems to have been designed with people like me in mind.
REVIEW SCORE
7
File Under: Canada, FPS, PC