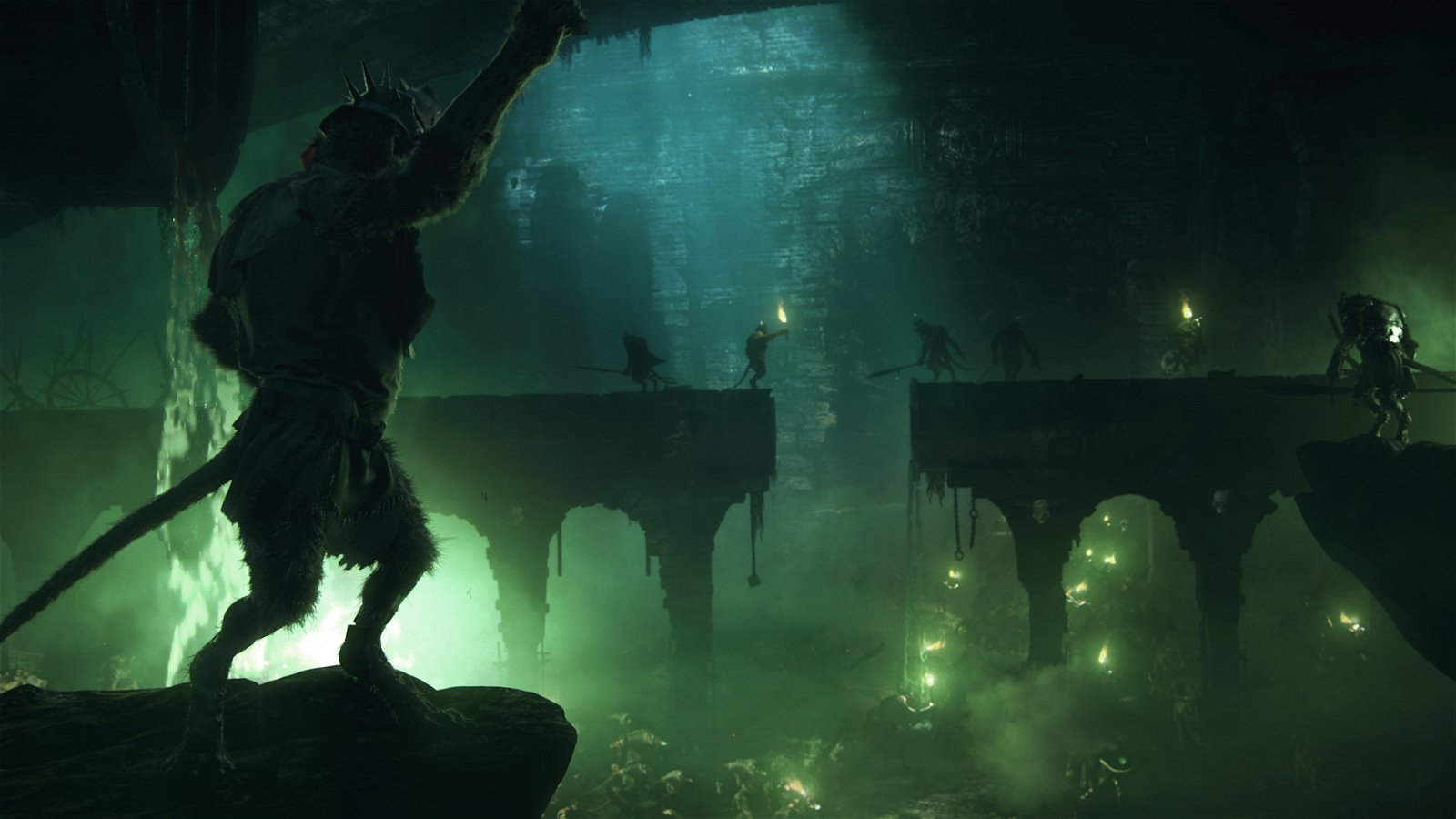 I found this latest Vermintide DLC to be quite difficult to review, if I’m honest. Not for any of the traditional reasons, though. In fact, I’m not at all conflicted about the DLC as a package, or even its value for money. No; for me, the challenge was the actual task of reviewing it.

You see, Vermintide has both the good graces and misfortunes of falling in the same category as Left 4 Dead, which means that it’s an excellent game to play with a group of friends, or lose a bit of time in here or there. Unfortunately, the majority of players will take it in small doses, usually when friends can be corralled for long enough to enjoy a session together. That means that, most of the time, there’s not a particularly huge number of players online, leaving the matchmaking with something to be desired on account of long queue times, or occasionally, a completely empty server browser. 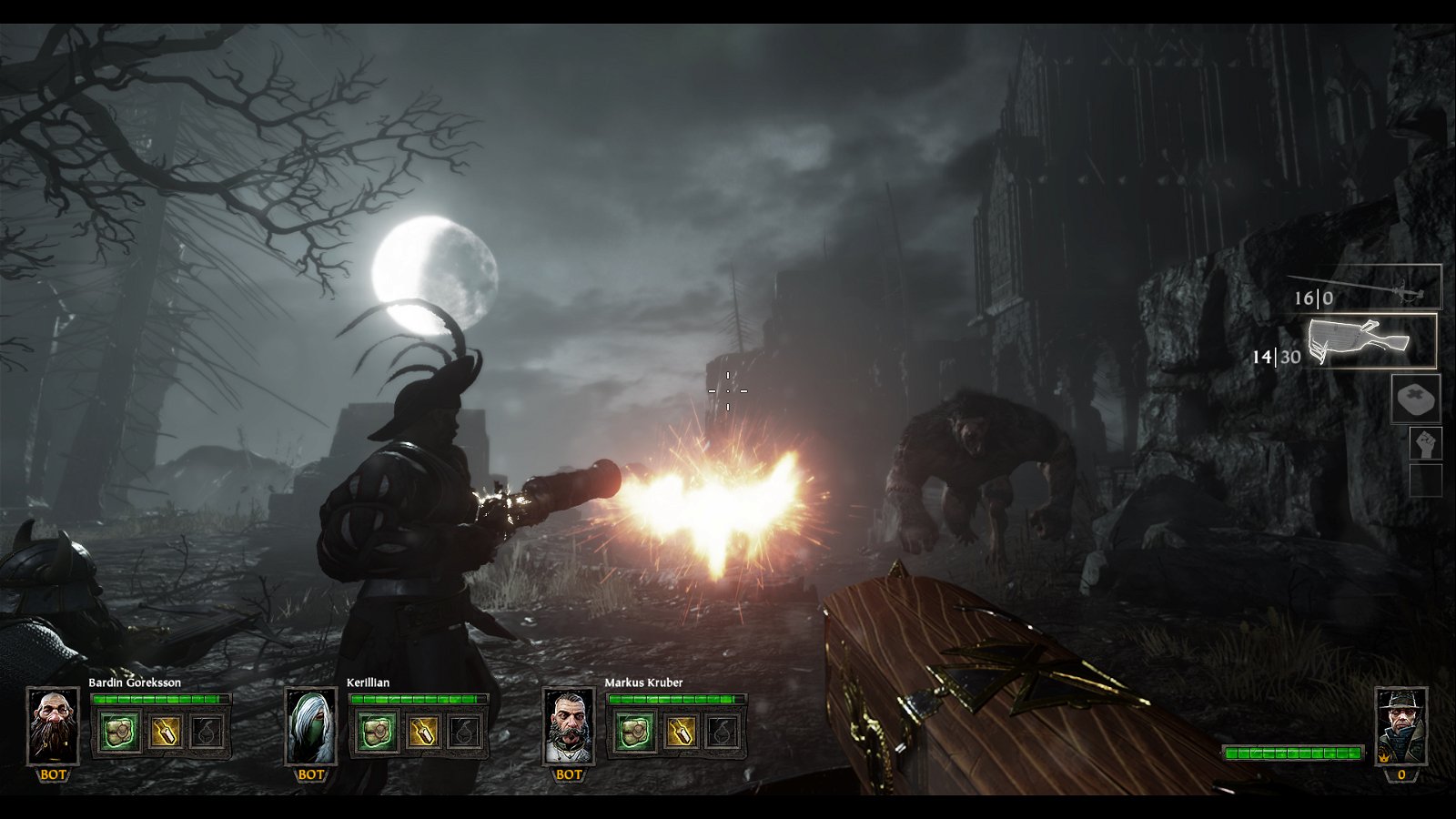 And that’s quite a shame, actually, because Drachenfels is a very solid DLC for an already very solid game—a game that’s seen many improvements since launch, both from quality-of-life changes and free DLC. Packed with three new maps, including the castle proper, Summoner’s Peak, and the castle dungeons. The Drachenfels maps pose interesting and deadly new challenges, both in themselves, and the new mechanics they bring to the party in the form of deadly traps and total darkness which requires a player to carry a torch to light the way for the party—very cool. In addition, it also brings about two new weapons in the form of a glaive for the Waywatcher, and a multi-shot volley crossbow for the Witch Hunter, which bring some much-appreciated new playstyles to both characters. Finally, three new achievements have been added, just for that extra challenge.

The Castle Drachenfells map is a very fun addition to the rotation, if a bit straightforward. There are plenty of opportunities to explore here, and a great mix of claustrophobic corridors connecting large, open rooms, but the hidden tomes are hard to miss here. The Dungeons, though, are where things really find their stride. The combination of the new Darkness mechanic paired with the spike traps means that there’s never a moment when the map itself isn’t threatening to kill you, let alone the Skaven. While, currently, players are able to drop the torch to fight while it still illuminates the immediate area from the ground, it’s still an interesting new addition that I’d like to see refined and explored more going forward. The third and final map in the pack is Summoner’s Peak, which is reminiscent of Well Watch, in that it’s a series of objective-defence sequences. In all honesty, it’s not my favourite, as seems to be the case with most players and holdout-style missions, but it’s not bad, either.

this DLC really shines, though, is in the “sharing is caring” mentality that Fatshark have taken with it. If you own the DLC, you can invite any of your friends to play with you, and they’ll be free to join you in the DLC maps, whether or not they actually own it. It’s a great way to sell new players who may be on the fence about something, and, most importantly, helps to keep from fracturing the player base, as is so often the fear when adding new maps and game modes to an established game. I’ve even had a couple friends who don’t own the DLC mention that they’ve had the random matchmaking drop them into DLC maps that they could play just fine. Whether or not this is intentional or a bug with the matchmaking is unknown, but if it’s a feature, thumbs up again for not splitting the player base.

On the whole, I thoroughly enjoyed the time I spent with the Drachenfels DLC, and found it a fitting addition to the established Vermintide experience. Much like Vermintide itself, it may not be groundbreaking in any one way, but it’s reliably and consistently fun, and still beautifully immersive in that Warhammer sort of way. I’ve always been a fan of Fatshark’s games, and it’s times like these that I’m reminded exactly why that is.

Much like Vermintide itself, it may not be groundbreaking in any one way, but it’s reliably and consistently fun, and still beautifully immersive in that Warhammer sort of way.