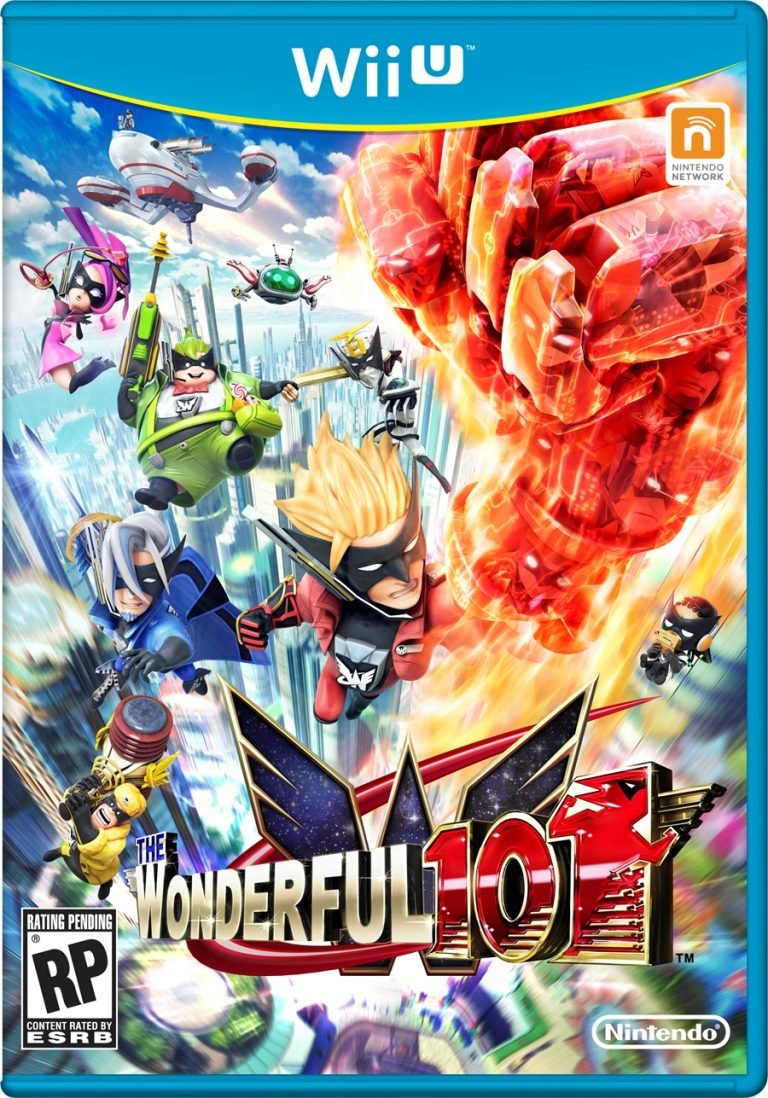 Flawed though it may be, Nintendo finally has a flagship title for their new system that shows just what this puppy can do. Sure, Pikmin 3 and New Super Mario Bros. Wii U were filled with that good old-fashioned Nintendo charm, but The Wonderful 101 is a game that could only exist on the Wii U and proves that there are some fantastic games to be mined from the unique hardware. While still maintaining a delightfully cartoony and family friendly aesthetic, Platinum Games have pushed Nintendo into the next gen arena with a gorgeous action title that feels like playing a particularly intense anime come to life. Sure, the touch controls are a bit dodgy, and the highlights can often feel more like a greatest hits reel of previous HD action titles than anything original. But, despite all the reservations and nitpickery, this is a ludicrously entertaining new title for the Wii U that offers a classic Nintendo experience through tools no other system in the company’s history could manage. Maybe this system isn’t doomed after all.

There’s a story to The Wonderful 101, but like any good anime, it really doesn’t make a lick of sense. However, I shall try to convey a sense of whatever it was that I experienced. The title refers to 101 superheroes from around the world that joined forces to fight the inevitable waves of giant monsters and robots that tend to attack peaceful Japan. As the player, you’ll be controlling all of the heroes at once. You see the Wonderful 101 join forces to fight evil, and do so by linking up to form giant fists, swords, whips, guns, and anything else necessary to punch evil right in its stupid face. Beyond that, I’m not 100% sure what happened plot-wise, but I did enjoy it. The team is sent out on a number of missions by a suitably gruff general, and frankly, the nonsensical nature of the storytelling is part of the fun. The writers clearly know how silly this universe and genre is and delight in sticking their tongues in their cheeks while indulging in excess. You don’t need to follow the story to enjoy the game. You just need to let it happen and feel a big silly grin form on your face.

The mechanics of the game itself are fairly simple. Armed with a Wii U controller, you’ll control one hero and up to one hundred minions. It looks at bit like Pikmin at first, but cutesy puzzle solving is quickly replaced by epic ass-kickery. With a swipe of your finger on the touch screen, you’ll gather the minions to form giant weapons (like armor cracking whips or minion firing guns). These will be used to solve simple puzzles and beat up gigantic bosses. The boss battles feel a bit like God Of War, with you and your army taking on massive villains that seem insurmountable until you notice their patterns and weaknesses. Graphically, the game lives up to the scale. Everything is as bright and exaggerated as a cartoon, but the details of the crumbling cities and individually animated minions are undeniably impressive. Throw in a booming score and sound design, and you’ve got yourself a cinematic gaming experience the likes of which Nintendo has never offered before. The designers clearly picked up on the work of the folks behind such titles as Uncharted 2 to make their anime brawler feel immersive and unpredictable. It’s a gorgeous and undeniably goofy experience. Now for the bad news.

Sadly, the touch-screen centric controls aren’t quite up to the split second timing the game demands. Even though the shapes that need to be drawn to form weapons can be as simple as circles and triangles, getting the touch screen to recognize the proper shape mid-battle can be frustratingly difficult. It takes a few levels to warm up to the unique style of gameplay and then once you’ve got it, new weapons come into play requiring specific shapes like hammers that are tough to communicate through the touch screen to say the least. Toss in a between level upgrade system that’s never explained, yet vital for completion and you’ve got a game that offers as much controller-smashing frustration as it does jaw-gaping adoration. Now, the game is hardly impossible, and if you’re dedicated, you’ll adjust and figure it out. However, with the title and system aimed at kiddies rather than hardcore gamers, that will be a problem.

Despite all that, the good most definitely outweighs the bad in The Wonderful 101. It’s always gorgeous to watch and experience, and once you’ve managed to climb the steep control-learning curve, it’s even quite fun to play. This feels like the exact type of game Nintendo wanted to bring to the table with their new system and hopefully it’s one that future designers and developers will learn from in both its strengths and weaknesses. As irritating as the control system can be, it’s hardly broken, and these sorts of issues tend to pop up with most games that create a completely new control scheme. I’d imagine that Platinum Games will sort everything out for a sequel that will be one of the best games of the Wii U’s lifespan. In the meantime, The Wonderful 101 is easily one of the best games the system has produced so far. That’ll do for now.

The Wonderful 101 is a game that could only exist on the Wii U and proves that there are some fantastic games to be mined from the unique hardware
REVIEW SCORE
9
File Under: Action, Anime, Gamepad, Japan, Nintendo, Platinum Games, Strategy, Video Game