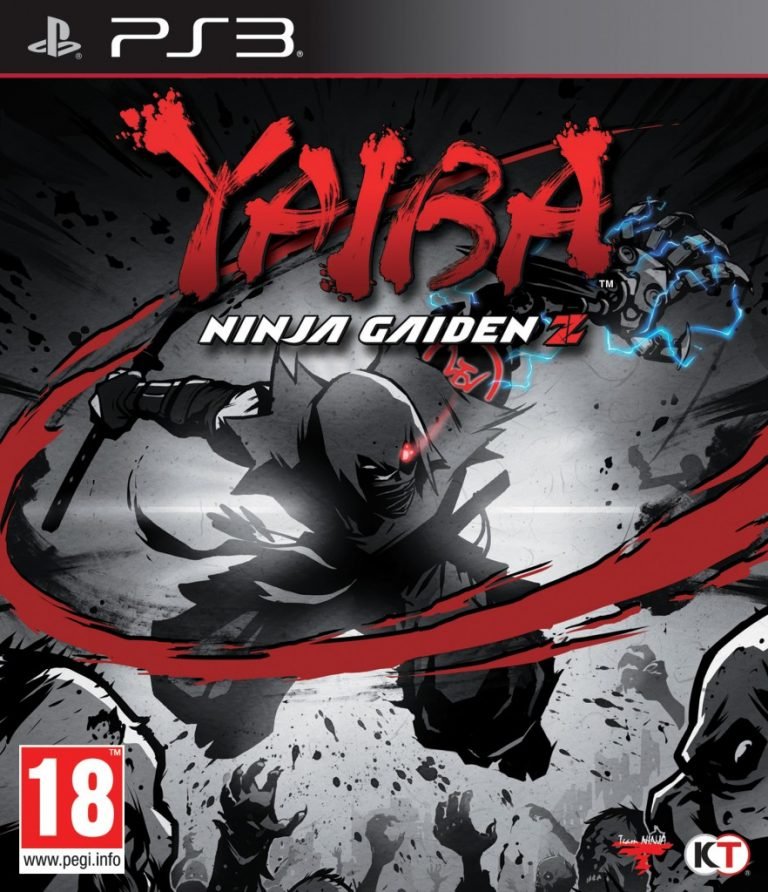 Ninja Gaiden has long been on the road to decline, so it’s no surprise that Yaiba: Ninja Gaiden Z should stray so far from the pack, grasping for anything it can latch on to to stay relevant and lucrative. In this day and age, staying relevant means inviting zombies into a franchise. Much like Yakuza: Dead Souls before it, Yaiba introduces a league of the flesh-starved undead for players to hack, slash, and otherwise maim in unspeakable ways. It’s a far cry from the typical Ninja Gaiden series you may be used to, with a completely different kind of hero and a wholly different kind of game. This Dynasty Warriors-esque zombie-slaying marathon, however, is all bark and no bite.

The instant you fill Yaiba‘s profanity-laden shoes, you’ll note a marked difference in tone and gameplay. This Ninja Gaiden outing revels in the quick-time event, so memorize the zombie takedown demonstrated early on if you want to get ahead. As you carve through the advancing hordes of the shambling undead, it becomes abundantly clear that you serve a singular purpose: clearing a path through organic matter. You accomplish this with several well-timed button presses, squeezing the L2 trigger when the exclamation point pops up above an enemy’s head.

Yaiba receives a brief health boost and soldiers on, giving you abundant opportunities for an endless loop of carnage, so long as your timing is good. Plain Jane zombies afford little bonuses, but as the game attempts to bolster its defenses with more challenging swarms of the undead, you’ll receive larger rewards and pull off flashier QTEs. If you’re lucky, Yaiba might even use a pair of arms freshly ripped from their sockets to beat their owner to (second) death.

It sounds fabulously gruesome and endlessly fascinating, but even though I could appreciate the machinations as a gore hound, ripping the limbs or armaments from my enemies simply wasn’t engaging or logical. It’s not even immediately obvious that you must do this in order to procure additional weapons. It’s a bizarre decision given other Ninja Gaiden games’ methods of simply presenting weapons to players at the right time or allowing you to stumble upon them. With hordes of enemies rather than the smaller, focused assaults of Ninja Gaiden, the additional firepower should be meted out accordingly, and not doled out to players left to their own devices.

It doesn’t help that the game is its own worst enemy, with camera woes and self-defeating mechanics that work against you rather than with you. Instead of a third-person view, you’re stuck with fixed camera angles that make the hundreds of inevitable cheap deaths Yaiba will succumb to feel as though they’re supposed to happen. Enemies become invisible by proxy, and most of your time will be spent either searching for where your enemies have gone to or anticipating where they’ll come from next so you can frantically mash your attack button to fend them off. When you are locked in combat, it becomes so endlessly repetitive that not even ripping zombies limb from limb remains entertaining, and for a game that touts over-the-top gore and violence, this is a massive issue.

Then, right when you’ve become accustomed to the repetition of Yaiba’s repertoire and the mindless hacking through enemies, you’re forced to stop and do an about-face as a familiar character reappears and the game asks you to once again acclimate yourself to the same Ninja Gaiden you’ve always known. It’s as if you’ve been playing with a poor brainless sod up until this point and are finally given a competent avatar. It’s pointless, frustrating, and nonsensical – almost as if Team Ninja wanted this game to fail.

While the game is competent and can hold its own as the most by-the-book instance of a zombie hack-and-slash game, its myriad issues hold it back significantly, enough so that you should take one look, recoil in horror, and opt for an earlier Team Ninja release instead. If you’re just jonesing to kill zombies, perhaps you might opt for Oneechanbara. At least it makes no apologies about what it’s trying to be.

While the game is competent and can hold its own as the most by-the-book instance of a zombie hack-and-slash game, its myriad issues hold it back significantly, enough so that you should take one look, recoil in horror, and opt for an earlier Team Ninja release instead.
REVIEW SCORE
4
File Under: Action, Ninja Gaiden, PlayStation, Team Ninja