The Greatest (and only) Pinballvania of all Time 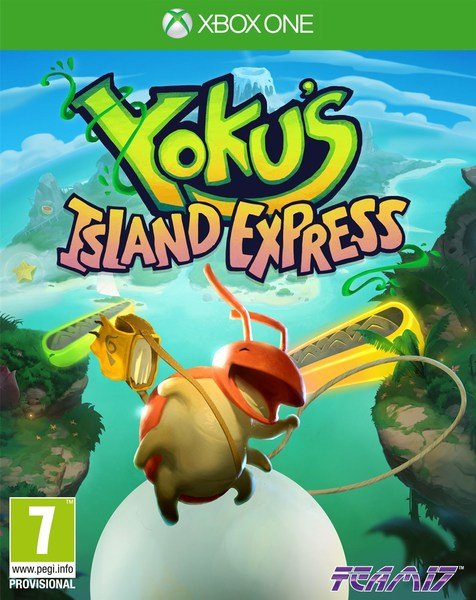 I imagine the developers behind Yoku’s Island Express played a game of Mad Libs or pulled random words out of a hat to come up with their game.

A hand-painted,  open-world, pinball, metroidvania where you’re playing as a dung beetle named Yoku who is the new mailman on an island where a kaiju-sized god is trapped in a restless sleep. In other words, it sounds completely bonkers. Thankfully, it more than works.

Yoku’s Island Express is first and foremost a metroidvania game, which means traversing a large map, collecting items and abilities that allow further areas to be reached, and a ton of secrets to find for completionists. Unlike any other game in the genre, however, Yoku doesn’t have a jump button or shoot anything, instead simply walking from side to side and using flippers and launchers found conveniently placed around the island. Controls are spot on and easily the best found in any pinball game, as Yoku can push the ball as onto the flippers and hold it in place for near-perfect aim, or can cause the ball to slow or speed up as needed. The launchers found spread across the island work similarly to barrels in Donkey Kong Country in that they blast you to specific spots, although here they feel more impressive as at times they are made to look like Yoku won’t make it just to barely snag a ledge or the next launcher. Quickly launching between a series of launchers just feels good.

The hand-painted island is beautifully drawn and made up of jungles, a dessert, a snowy mountain, and so forth. Each area has different goals to complete such as collecting exploding slugs and using them to break rocks, collecting purple gems to unlock the way, or even fighting massive bosses which each make use of totally different mechanics. There’s also a handful of quirky islanders that ask Yoku to do things like collecting or delivering items hidden in nooks and crannies. The pacing here is perfect, as I always found myself making progress and rarely having to retrace my steps unless there was an optional collectible I wanted to snag, which thankfully can be done in post-game so I didn’t have to fear hitting the credits before I found everything.

The game plays pretty much identical across platforms, though I spent most of my time with the Nintendo Switch version thanks to its portability and being able to advance a little bit while playing over the past couple weeks in my spare time.

Not only is Yoku’s Island Express one of the better metroidvanias I’ve played recently but is hands down the best pinball game I’ve ever played, and I’ve played basically all of them. The controls are tight, the gameplay is a totally original combination of genres giving you more goals to achieve than just simply hitting the right spots on a board to get a higher score like most pinball games. There’s really nothing else out there like it, with the closest thing the hedgehog starring Sonic Spinball, which was okay at best when it released in the ’90s. This, on the other hand, this is something special. It’s rare to find a game so polished, original, and absolutely charming these days.

Yoku's Island Express is the perfect combination of pinball mechanics meets metroidvania, and is not only my favorite indie game so far this year, but my favorite pinball game of all time.
REVIEW SCORE
10
File Under: