Breezing Through the Ashlands
Score: 7.5/10 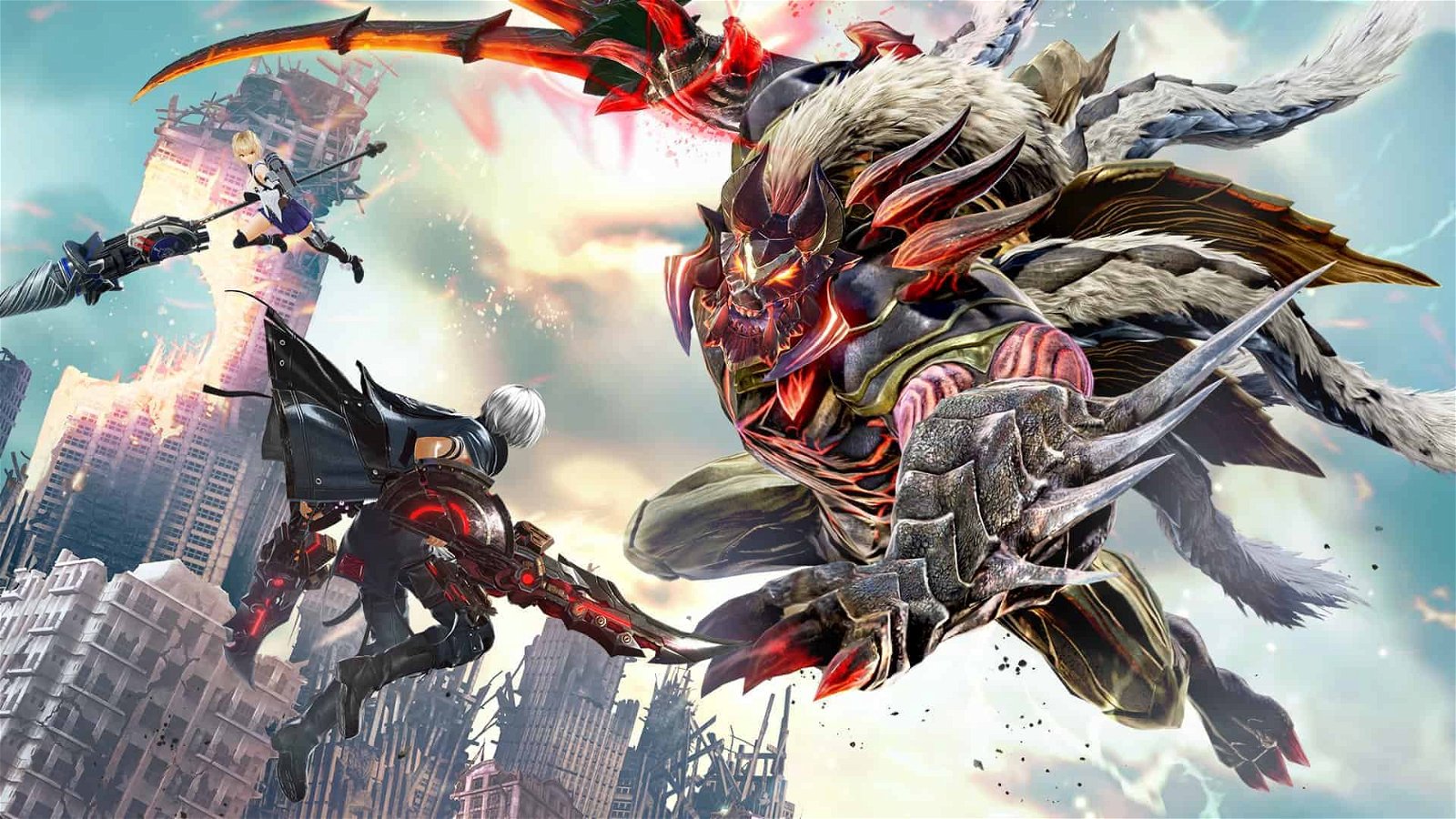 Although I’ve never had an easy time getting into Capcom’s Monster Hunter franchise or other games of the same genre, I’ve been a fan of the Bandai Namco’s God Eater series since its PlayStation Portable debut back in 2010. Thanks to its faster-paced action gameplay and unapologetically anime-esque plots accompanied by a colourful cast of characters, God Eater titles have always been more akin to the JRPGs that I’m used to. Bandai Namco’s newest entry in the series, God Eater 3, is no exception to this. As the first God Eater title to be originally developed for home consoles, God Eater 3 dials nearly all of its elements up to an eleven, nearly becoming a detriment.

Like the two entries before it, God Eater 3 is a 3D action RPG where players take on the role of a God Eater. Using weapons known as God Arcs, players hunt down Aragami, large monsters that have brought the world to the brink of collapse. Picking up some time after God Eater 2, a new calamity called the Ashlands has released particles into the air which break down anything they come in direct contact with. God Eater 3 does a good job of introducing players to the world created in the previous games while setting up its own unique setting, allowing for new players to jump right in.

The leap from handheld to consoles gives God Eater 3 the chance to better portray the state of God Eater’s destroyed world. The environments of each map are much more detailed and thanks to the much larger scaled maps, areas are more varied than in previous titles. Despite the increase in size, however, many of God Eater 3’s maps contain a number of invisible walls which can pull you out of the experience a bit. Character models have also benefitted greatly, though they can appear stiff during cutscenes. Another small gripe I had with the character models mouth movements is that they rarely match up with the game’s English audio. Fortunately, God Eater 3 also includes its original Japanese dub in case this problem becomes too big of an issue. God Eater 3 typically does itself well during intense action but with too many Aragami onscreen at once, the game does suffer from some slowdown.

At first glance, God Eater 3 may not look all that different from the games before it. Veteran God Eater players will feel right at home with the familiar format. God Eater 3 begins with its new and improved character creation system. The system still lacks in some areas, only allowing players to alter their avatar’s face, hair and voice, but it still works for creating a unique character when combined with all the game’s craftable outfits. God Eater 3 has players choose from an expanding list of missions before heading out into the field to take down the target Aragami. Similar to other games of the genre, players can create combos by chaining together strings of light and heavy attacks. Hitting certain parts of an Aragami will break off that part of their body, allowing players to deal extra damage and giving them a chance to “devour” their enemy, absorbing part of its powers while also sending the player into Burst Mode, making room for even more powerful techniques called burst artes.

When it comes to customization in God Eater 3, appearance is only a small portion of a much larger package. Nearly every aspect of a player’s loadout can be modified, from attacks performed during Burst Limit to special-made bullets. Passive abilities can also be selected, with some working automatically while others activate after certain conditions are met during battle. If all that wasn’t enough, these customizable abilities can be enhanced as players use them, unlocking new abilities along the way. In addition to initial weapon crafting and upgrading, these options give players something to constantly look forward to as they play, though introducing a slight problem in terms of difficulty. At a very early stage in the game, it’s possible to have an almost broken moveset with burst artes capable of damaging multiple weak points at once, turning many missions into button mashing bores. God Eater 3’s new type of Aragami, the Ash Aragami, do set themselves apart by being an actual challenge, but encounters with them are rare compared to the dozen or so missions in each. The new multiplayer Assault Missions are another good way for players to test their character builds against real enemies. Assault Missions have up to eight players band together to try and take down a new variant of an Aragami, with increased strength. This new game type ended up trumping the original cooperative mode by forcing players to really work together if they want to stand a chance against these powerful foes.

For all that God Eater 3 does right, it’s held back by a few nagging flaws. By replicating the level of highspeed action found in the game’s animated intros and giving players so much control over their own character and their party members, God Eater 3 ends up removing a lot of the challenge that Aragami used to bring in the older titles. However, when God Eater 3 does decide to include an actual threat, the game is a blast to play. This especially reigns true when playing with actual people, capable of strategizing to the same degree as you. Bandai Namco has already announced that new Assault Missions will be coming to the game for free and I for one, look forward to hunting with my fellow God Eaters.

Final Thoughts
God Eater 3’s main draw is its flashy action, but only occasionally brings real challenge along with it
More From CGMagazine 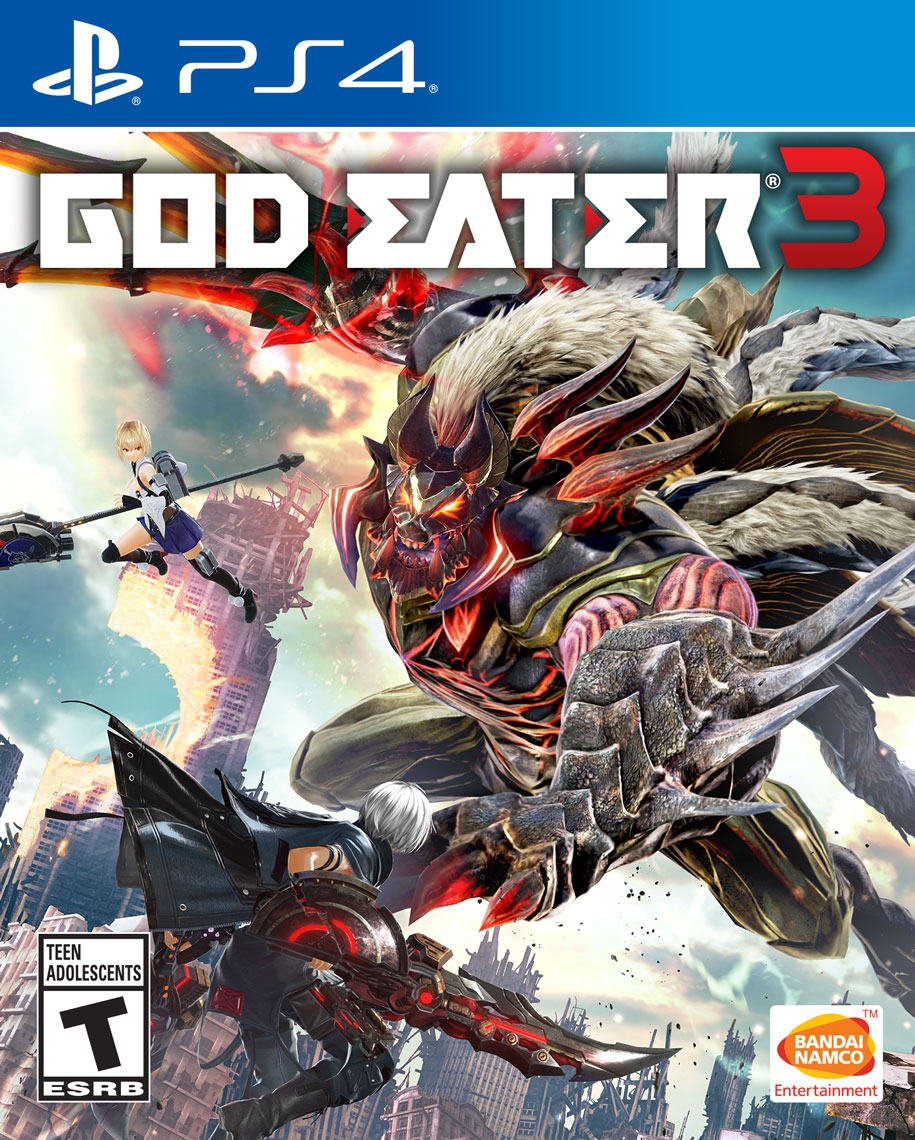