A wireless in-ear option for the price-conscious casual list 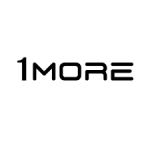 As someone who really only uses corded headphones (yes, I am behind in the times, friend), I was excited to try out 1More’s PistonBuds Wireless in-Ear headphones. No longer shall I awkwardly tangle myself with a dog leash or elliptical handles. No longer shall I have to find a dongle to appropriately pair my headphones with my iPhone. Yes, this was the start of a brave new chapter in my music listening experience.

I’d previously reviewed the noise-cancelling Razer Blackshark V2 headset (which work splendidly as a normal pair of headphones when you remove the detachable mic). In terms of noise cancellation, I’d say the two are actually pretty comparable, though the PistonBuds do have the benefit of fitting snugly inside your ear rather than cupping overtop, providing a tight seal, so they do have a bit of an advantage there. Also, of course, wireless.

Available in black or white, they’ve got a nice, secure ergonomic design with oblique-angled nozzles (with two additional sizes of silicone ear tips, for a true, comfortable fit) that allowed me to toss my head around without anything becoming dislodged. The earbuds are built with IPX4 water and sweat resistance, too, so if you’re sweating it out doing cardio, you can do so with confidence.

Thankfully, the PistonBuds are far more comfortable than Apple’s circular design on their standard AirPods. So if you’re debating between the two, I’d definitely advise to spare yourself some cash and go with the 1More PistonBuds, which will only run you $49.99 (and includes the wireless charging case). While the AirPods Pro have a far more comfortable design than the basic model, they’re also considerably more expensive at $329.00.

Another benefit of 1More’s PistonBuds over the AirPods is that you don’t have the long microphone stem jutting out from your ear. The PistonBuds do have a built-in microphone stem that angles out, allowing you to easily take calls, but I find it to be a little less obtrusive than the AirPods. And in my experience, the shorter stem is less likely to get caught on a face mask, which is a definite bonus (because we have to be mindful of that now).

Speaking of calls, the quality is serviceable. I wasn’t blown away by the call’s clarity, but I didn’t experience any difficulty being heard on the other end. The PistonBuds use a combination of 4 ENC microphones (one at the ear, one at the mic, on each bud) and a Deep Neural Network algorithm that will recognize and amplify your voice during a phone call.

As far as music quality goes, the volume capability combined with the PistonBuds’ noise cancellation keeps the audio focused. They have a 7mm dynamic driver and AAC compatibility that will supposedly “restore your music to its original brilliance”.

I found both music and podcasts sounded fine, but musically complex songs could be a bit muddy, versus listening through my Google Home speaker. They’re a bit more bass-forward, and since there’s no way to adjust EQ, you’re stuck with what you’ve got. This is fine for more casual listeners, but if you’re particular about your sound, you’re going to get what you pay for.

You can get approximately 20 hours of playtime with the charging case, but the earbuds on their own will last for about 3.5 hours on a single charge. Conveniently, the wireless charging case is compact and easy to toss in your pocket, but it may take around 1.5 hours for the buds to fully recharge if you run them down to dead. The case itself recharges in 2 hours using a USB-C connection that comes in the box (though at only 10 inches, the cable is surprisingly short). The PistonBuds feature contact point magnets, so they slide into the charging case with ease.

When removed from their charging case, the 1More PistonBuds will automatically connect with your phone once they’ve been paired. This is great when you’re on the go (or, like me, just impatient) as you won’t have to hold any buttons or re-pair using bluetooth. As soon as the buds are back in their case, the connection will be severed.

The one problem that I have with the PistonBuds is the touch control. To play/pause your tunes, you simply tap twice on the right earbud. To activate voice control, tap twice on the left. Tapping twice on either side will allow you to answer a call. However, the touch panels were — for me — a bit of an issue. I’d be tapping away, trying different areas of the earbud with varying results each time.

I found it worked consistently when I took the earbud out and tapped the sensor, but while in-ear it was sometimes a struggle. It’s more of a gamble than having a tactile button control. You also can’t control volume or skip songs with the earbuds, so you may still need to keep your phone relatively nearby.

There’s an app you can download for the 1More PistonBuds, but it’s only really useful to check your battery life and run firmware updates for the earbuds. If you want to customize your sound, you’re outta luck.

As previously mentioned, I’m an iPhone user, so I didn’t have any issues with the Bluetooth codecs (which support SBC and AAC). That said, I understand that Android models can have difficulty with AAC, so it’s something to keep in mind — if that’s a concern for you.

Now, let’s be clear, my auditory needs are… fairly pedestrian. So for me, the 1More PistonBuds are a decent, budget-friendly option. Weighing in at 4.2g, they’re ultra-light, and as stated above, they’re actually quite comfortable.

My one qualm would be the touch controls, which is kind of a big deal if you were hoping to not have to fish out your phone anytime something comes up. At times the touch panels were more responsive than others, but the inconsistency is still a concern. I had a great deal of difficulty getting the left earbud to activate my voice assistant — at all — so my attempts to request a call to someone on my contacts list were repeatedly thwarted.

The main takeaway here is that — if you’re in the market for a pair of wireless in-ear headphones — there are reasonably priced options available. If you just want a pair of basic, wireless, in-ear headphones at a decent price, the 1More PistonBuds will do the trick — but you may find yourself struggling with the commands.