The Crown Prince of Performance 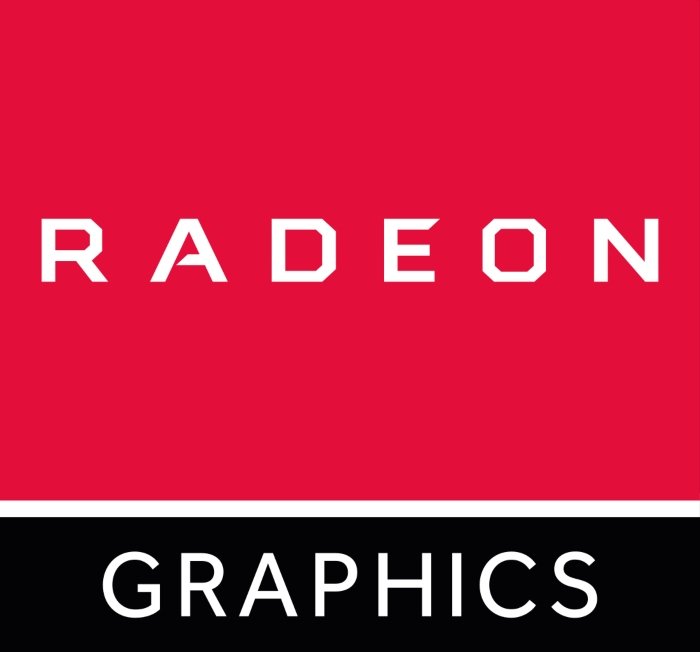 It is amazing to see just how competitive the AMD Radeon RX 7900 XT GPU is, even with the more expensive 7900 XTX only $100 more. Looking incredibly similar and boasting most of the same features—if not slightly scaled back—the Radeon RX 7900 XT offers a more affordable option for people not looking to jump in on RDNA 3. Delivering fantastic performance and a clean look, the RX 7900 XT is a great GPU for people looking for an alternative to NVIDIA, although due to the similar price, the Radeon RX 7900 XTX feels like an overall better value.

The Radeon RX 7900 XT looks very similar to the reference design Radeon RX 7900 XTX, with only a few noticeable differences on the card. Where the Radeon RX 7900 XTX features subtle lighting, the Radeon RX 7900 XT ops for a slightly more reserved feel overall. The card still features the dual-fan 2.5 PCIe slot design of the XTX and still uses the dual 8-pin power connectors seen on its bigger brother. I am excited to see if all 7000-series cards will keep this look and concept, as it looks great in and out of a system and is a testament to AMD’s attention to detail and design.

Unlike the Radeon RX 7900 XTX, which had a total board power requirement of 355W and a need for at least an 800W PSU, the Radeon RX 7900 XT only draws a total board power of 315W and only needs a 750W PSU from standard 8-pin power connectors, making it a slightly more accessible upgrade for people looking to improve their graphics performance from the previous generation GPU.

To reach AMD’s target shader count, they have disabled some shading units from the Radeon RX 7900 XT, unlike the fully unlocked Radeon RX 7900 XTX, which uses the same GPU but has all 6144 shaders enabled. A total of 5376 shading units are present on this card, along with 336 texture mapping units, 192 ROPs, and 84 cores of ray tracing acceleration.

As with the Radeon RX 7900 XTX, the Radeon RX 7900 XT GPU is easy to slot in most standard ATX cases and, as mentioned above, does not need a new power connection to work. AMD has made this card incredibly welcoming to people looking for a boost in performance, delivering the same solid card, thermals, and design with only some minor things changed to hit the lower price point.

The Radeon RX 7900 XT is also being marketed as a chiplet design-based gaming GPU that will be the first of its kind. While the Radeon RX 7900 XTX features six infinity cache memory dies with a combined bandwidth of 3 TB/s, the RX 7900 XT only features a total of five dies. This means the memory bandwidth will be limited in comparison but will still be a significant improvement over what the 6000-series offered.

The Radeon RX 7900 series also brings noticeable improvements to ray tracing, giving you more ability to push games you love further. RDNA 3 makes many improvements to ray tracing acceleration. An enhanced cache structure allows more rays to be in flight for faster performance. We employ methods to skip parts of the acceleration structure during traversal so that the workload can be executed more efficiently. As with anything, it will depend on the game, but this does mean that by using the right tools, developers can optimize for the hardware and finally see AMD cards compete head-to-head with offerings from NVIDIA.

Much like the Radeon RX 7900 XTX, the 7900 XT features a new media engine that brings AV1 encoding at up to 8K60 supported by hardware acceleration, which results in higher quality content at the same bitrate or a smaller file size at the same quality as before. The new media engine allows two Simultaneous Encode or Decodestreams for AVC and HEVC up to 8K60. There are also notable improvements for streaming, making the RX 7900 XTX an exciting offering for creators. Support is already available for Adobe Premiere Pro with the Voudoker 12.1, with OBS Studio seeing support with 29.0 Beta 1.

We ran the Radeon RX 7900 XT on the same AMD testbench used for the Radeon RX 7900 XTX. The system featured a Cooler Master H500p case using a 1000 Watt be quiet! power supply, Corsair AIO cooler, 64 GB SK Hynix DDR5, and a PCIe Gen 4 2 TB Kingston Fury M.2 SSD, running an AMD Ryzen 9 7950X CPU. This ensures there will be no CPU bottlenecks holding the card back while giving the best possible look at the new graphics card’s potential.

First on our list of benchmark games is Cyberpunk 2077. Considered one of the most highly-anticipated games of 2020, Cyberpunk 2077 is a dystopian, open-world, action-adventure RPG developed by CD Projekt Red. The game supports three ray tracing settings and pushes a system even at 1440P. It is one of the most demanding games currently available for PC and one of our favourite games to run all new hardware through. It is demanding, will push any system to its limits, and looks great while it does so.

Right out of the gate, the Radeon RX 7900 XTX shows its strength next to the RTX 4080, with the RX 7900 XT not far behind. The reduced specs show the XT has around a 28 percent drop in performance compared to the flagship cards, but it is still a solid offering for the price. Even with this difference, Cyberpunk 2077 is more than playable at the average 62 FPS, and this could improve as AMD releases newer drivers.

With Shadow of the Tomb Raider, the lead the RX 7900 XTX had over the XT is a little smaller, with it only seeing around a 14 percent drop at 4K from 142 FPS to 123 FPS. Even against the RTX 4080, the XT fared very well, especially considering the price difference.

No new benchmark slate would be complete without giving the latest in the Call of Duty franchise a look. Developed by Activision and published by Infinity Ward, Call of Duty: Modern Warfare II follows the 2019 reboot as a first-person shooter. Because it is one of the most recent games on our list, it offers a good test for the latest graphics cards and scales well with older systems. In addition to the single-player section of the game, there is also a multiplayer section, so we had no choice but to include the new graphics card in the mix.

Both 7000-series cards deliver great results in our Call of Duty: Modern Warfare II benchmark, with the difference between the XTX and the XT staying consistent at around a 21 percent drop between the two cards. Both cards faired very well against the RTX 4080, with it falling between the XTX and XT in terms of performance.

It would not be complete if we did not include something from Ubisoft and the Assassin’s Creed franchise on our list of benchmarks, which is why we included Odyssey. Assassin’s Creed Odyssey is not just visually stunning, but it also scales extremely well based on the system configuration. This game uses some of the latest visual features to make it an excellent game for testing a new CPU or GPU. Also, it is a great game that can be played at a high setting just to see what a new video card can accomplish.

This was one of the stranger tests we found, with both the RX 7900 XTX and RX 7900 XT performing under expectations in the 1080P tests but doing incredibly well in both the 4K and 1440P benchmarks. It is an outlier, but this could be due to drivers, considering we are currently testing with pre-release builds that could have some tweaking needed under the hood. Even with these odd results, both cards fared very well against the RTX 4080, with the XTX taking the clear winner in this battle.

While getting older, Hitman 3 is still one of our go-to benchmarks and gives a good sense of how a GPU can fair against other GPUs currently out there. Despite the janky animations that occur (facial expressions, body movements), Hitman 3 is a very graphically impressive game in terms of graphic design. Due to the excellent lighting and the quality of the reflections in the richly detailed environments, the richly detailed environments seem extremely atmospheric.

As with Assassin’s Creed Odyssey, the 1080P tests were relatively disappointing, with both cards fairing under even previous-generation cards. The 7000-series redeemed itself with the 1440P and 4K tests, although it did fall short of the RTX 4080 at delivering the best possible Hitman 3 gaming experience.

A new entry to our slate of tests, Fortnite is a fantastic game that is not only scalable but is one of the many games gamers will, without a doubt, at least try while using the RX 7900 XTX. If you are not aware, a showcase for Unreal Engine, Fortnite, is a popular video game that was developed by Epic Games. It is a battle royale-style game in which players are dropped onto an island and must fight to be the last person or team standing. The game is known for its colourful, cartoonish graphics and various gameplay modes, including a creative mode allowing players to build structures and create their own worlds.

This was the biggest difference between the XTX and XT we saw up to this point, with the 1440P benchmark test seeing the flagship card score over 35 percent better. The scores returned to 20 percent when looking at the 4K benchmarks, but there is clearly room to improve. Even with this fact, both the RX 7900 XTX and RX 7900 XT delivered a fantastic Fortnite gaming experience.

The Unique Position of the Radeon RX 7900 XT

With the benchmarks out of the way, it is worth looking at whom the Radeon RX 7900 XT is for. AMD has done a fantastic job with this card, making it a tremendous value, and delivering performance that makes the RX 6000 series look dated in comparison. But with the Radeon RX 7900 XTX only costing $100 more and boasting almost 20 percent performance gains in almost every game, it is a strange prospect.

The Radeon RX 7900 XT is a card that cuts back requirements and power demands while still giving admirable scores, even against GPU titans like the NVIDIA RTX 4080. The reduced power requirements mean this card can be added to a system, potentially without other major hardware changes. With the lower 750W PSU needs while still fitting in most ATX cases, the Radeon RX 7900 XT is tailor-made for people looking to upgrade.

Despite this potential upside for the segment looking to upgrade without extra costs, the Radeon RX 7900 XT still feels strangely priced, with the $100 price difference resulting in a notable 20 percent drop in performance. Thankfully, the advancements RDNA 3 brings to the table still make the Radeon RX 7900 XT well worth your investment for enthusiast gamers looking to upgrade their already good rig to the next level.

While it falls behind the XTX, the Radeon RX 7900 XT is a GPU that delivers a fantastic overall package, with requirements that make it ideal for people looking to upgrade their current system without much hassle.
REVIEW SCORE
8
Buy On Amazon
File Under: AMD, GPU, Hardware