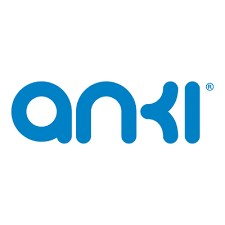 Slot cars used to be a staple toy I played with as a kid. Despite the fact that they almost always flew off the track, and I almost never finished an actual race, there was something special about the toy. So much so, that when the Anki Overdrive: Fast & Furious Edition arrived at the office, I jumped at the chance of giving it a full review, and was not disappointed.

For those uninitiated, Anki Overdrive: Fast & Furious Edition is a follow-up to Anki Overdrive, which released in 2015, and for the most part little has changed beyond some added features and a heavy F&F overhaul in the app. But honestly, how can things not be made more fun with the addition of more Vin Diesel and friends?

At $239.99 CAD ($169 USD) Anki Overdrive: Fast & Furious Edition is not a cheap purchase, but for that price, you will get two cars based on the Fast and Furious franchise: Hobbs’ MXT truck and Dom’s Charger. You will also get a series of track pieces, guard rails, and a charging station that can charge up to four cars at once.

To get things started you will need to download the Anki Overdrive: Fast & Furious Edition app. This app is very similar to the standard Overdrive app, but as mentioned before it has a Fast & Furious makeover that includes artwork along with voice talent from the films. The app is currently available from the iOS App Store, Play Store, and the Amazon app store for anyone on the Fire range of devices—so whatever device you are on, you should be able to find the app and get things going.

To play you will need to set up the track pieces into a configuration that fits your needs and jump into the app and claim a car. You can even compete against your friends, provided they have a phone or tablet with the app installed.

Controlling the cars is very easy, and since the cars are smart and learn the track you should not need to worry much about flying off the track. You control the cars with the small on-screen buttons: accelerate with the gas pedal, change lanes by tilting the device. There is no way to reverse or brake, although should you wish to slow down, you can remove your finger from the gas pedal button. There is also the possibility to fire weapons depending on the mode you chose.

Should you wish you jump into the battle modes, you will be able to use the weapons to temporarily disable opponents, or even just earn points that can be used to unlock better weapons for use in future games. Anki has managed the delicate balance of the progression we expect from modern mobile games while giving the tactile feel of a race set, and it all works far better than I would have expected.

This being the Fast & Furious Edition of Overdrive, there are a few options that you will not find in the base game, including the ability to play as characters from the film like Dom (Vin Diesel), Hobbs (the Rock), Letty (Michelle Rodriguez), or Tej (Ludacris), and while they do not add much to the way the game plays, they will say a selection of sound clips as they race. I will be honest and say while this adds a bit of flavour to a game, once you have heard a few clips, the novelty does wear off. Parents will be happy to hear that although these are lines from the films, there are no sexual references or profanity so it will be safe for the young ones.

While the game does include Dom’s and Hobbs’ cars in the box, characters are not limited to any specific vehicle. Should you wish to have Tej jump into Dom’s Charger, there is nothing stopping you. While it may never happen in the films, this is your racing world so you can build your own fiction and just have fun.

The base game should be enough to build a hefty track that will allow for a few configurations, although you have the option to pick up additional track pieces should you want a bit more variety. In the box, you have four straight pieces along with six curves. They work and look just like Overdrive tracks beyond the small Fast & Furious logo on the edge of the tracks. Anki has clearly taken time developing the track system since it is durable and exceedingly easy to set up. The tracks connect together with the help of magnets, and while parents may want to plan things for younger kids, most older children should have no problem setting things up and getting the game started.

This being Fast & Furious, the cars can get up to some good speeds, so to prevent cars from flying off the track Anki has included a series of guard rails. While not necessary, if you want to spend more time racing and less time resetting cars, they can be a good idea. In testing cars would frequently get pushed off the track putting a minor halt on the fun.

Unlike slot cars of old, the Anki Overdrive cars do not get their power from the track and must be charged in the special charger. The good news is a single charge will get you around 7-8 full races before needing a top up. Even better still, should the car die in the middle of a race, it will only take around 30 minutes to bring it back to full power.

If you have never played with a slot car before, the concept of watching small toy cars run around a track may not sound all that exciting, but controlling the car with your phone on a track you built makes for a surprisingly fun toy that is well worth the time and money.

Anki Overdrive: Fast & Furious Edition comes with a variety of modes to jump into. There is a campaign to let you race with the different F&F characters in a range of races including Open Play and Time Trial that allow a good range of play styles with which to experience the track. As mentioned before, going through the different modes will net you points that can be spent on upgrades that make your cars a bit more powerful going forward.

What makes Anki Overdrive so interesting is the autonomous nature of the system. Before each race, the cars will map out the track and learn what needs to be done as they go through the race. Even if the cars know the track there are the odd times they will get nudged off; luckily, more often than not the car will find its way back to the track and back into the race.

While the single (or autonomous) may be fun, the real meat and potatoes of Anki Overdrive: Fast & Furious Edition is when you jump into a competitive race with a friend or family member. The multiplayer is where the real fun is to be had. You can jump into any of the single-player modes with up to four people, and this is when battle races really come into their own.

While the experience was—for the most part—free from any major bugs, there was the odd time when the car lost connection to the phone, along with an instance of a car not wanting to jump back into the race after going off track, but these issues where few and far between, and did not hamper the overall enjoyment of Overdrive.

The Anki Overdrive: Fast & Furious Edition is the best possible evolution of the slot car formula. It combines all the greatest aspects that made the classic toy so fun while mixing in some video game elements that make the overall experience a solid toy from the minute it was unboxed. While it is pricey, the fun, customization, and expandability make it well worth the price of entry.  Should you or someone in your family enjoy toy cars and racing, do them a favour and invest in Anki Overdrive: Fast & Furious Edition.