The Best Got Better 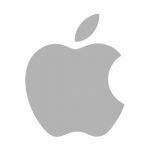 I have always been a believer in Smartwatches, from the early Datalink watch from Microsoft and Timex to the more recent Android Wear. While they all offered things that made them useful devices, there were always compromises. Aspects that made them less than ideal for the tasks they were promoted for. I was worried this would be true for the Apple Watch also, but after I spent a few weeks with the Apple Watch Series 3 I can say this is without a doubt the best smartwatch you can buy this holiday season.

The Apple Watch Series 3 is very similar to last year’s offering in the design department. The sleek square profile with its curved glass AMOLED screen is a joy to look at. The 1.65” screen—while not huge by any stretch of the imagination—is big enough to allow all aspects of the watch to work without a hitch. Now, you won’t be watching a movie or even YouTube on a screen this small, but you will be dealing with notifications, working with fitness apps, and using it as a link to your iPhone.

The internal 16 GB of storage and 768 MB RAM ensure you have enough power and space for most of the tasks you can throw at it, and the S3 dual-core processor makes using the watch a buttery smooth experience.

Using the Apple Watch felt like a much more intuitive experience when compared to previous Smartwatches. I still love the look and feel of the Moto 360, yet Android Wear always felt like a skin. It worked, and for the most part, it did what was needed, but many aspects felt slow and overly cumbersome. While it did take a few hours to get used to the Apple Watch Series 3, once I had the hang of things, it was a complete joy to use. After using it for a few weeks, it is obvious Google as some work to do if they want Android Wear to compete on the same playing field.

Smartwatches have a series of tasks they are phenomenal at. First and foremost is being able to whittle down notifications so you only need to pull out your phone for important alerts. If you work in an industry that has you digging through a slew of emails daily, you know how much of a chore this can be. With so many things coming in, neglecting even a few can make reading them all by the end of the day a nearly insurmountable task. For myself, this is the most useful aspect of the Apple Watch—it gives me a simple yet powerful tool to dive through these notifications ensuring my inbox is always clean.

Fitness is one area where the Apple Watch has a major leg up on the competition. Apple has clearly taken time and worked to ensure the watch is not only useful for people that enjoy working out, but pushing the Apple Watch to be an invaluable part of your workout routine. From the slew of fitness apps currently available for the Apple Watch to the built-in tools, Apple has made a device tailor-made for fitness.

Testing the watch for minor fitness activity with running, a basic workout, and some stair climbing, I was very happy with how everything functioned overall. Even when sweaty, the Apple Watch works as you would hope and constantly tracks your body activity. For people who love swimming or anything on the water, I could see the Apple Watch Series 3 is an even more useful tool. It gives the power you would hope, while still being water resistant in shallow depths.

The big new addition for this year’s instalment of the Apple Watch is the addition of a cellular modem to fully utilize the watch as an independent device. Testing this on the Bell network in Canada, I have to say I was pleasantly surprised. While it may be hard to use the watch without an iPhone at the ready, if you are out for a run, you can feel secure leaving your phone at home without the fear of being unable to utilize a cellular network.

Call quality on the Apple Watch Series 3 was impressive. While not as good as using an actual phone, in testing, the people on the other end did not know I was using a watch. Calls sounded loud and clear, and it managed to get the signal in most areas my phone did. I did experience some low signal in concrete buildings, but even the iPhone 7 Plus I was testing with only managed to achieve one bar, so I consider this a very good result considering the size of Apple Watch.

If you don’t have an iPhone near, there are some limitations on what can be done with the Apple Watch cellular connection. With the iPhone off, only iMessage and calls seemed to work. Sadly I was unable to check email or do basic tasks without the Phone nearby. That being said, if you want that connection for emergency phone calls while running or camping, you should have no major problems.

You would imagine with a cellular connection the “All Day Battery Life” claim may be a little optimistic. Yet after a while of testing and putting the watch through its pacing, I have to say Apple is telling the truth with this boast. I never had the watch die before going to bed at night, and even when I used it excessively for various tasks, it managed to live well into the night. This is not something most Android Wear devices can attest too, and I commend Apple engineers being able to build a device as sleek as the Apple Watch while maintaining that level of battery longevity.

If there is one issue I have with the Apple Watch it’s that it requires you have an iPhone to get the most out of the device. Apple has built a watch that anyone would love to wear, be they on iOS or Android, and the need for an iPhone does limit the market. For people who are forced into another operating system, the Apple Watch remains out of reach. Despite the new LTE modem, the iPhone is still very much part of the equation if you want to get the most out of your watch.

The Apple Watch Series 3 with LTE is one of the best wearables you can buy.
REVIEW SCORE
9
File Under: Apple