Cuttting the Cord On Slow Speeds 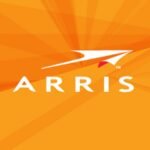 Living in a relatively small apartment meant wiring Ethernet cabling all over the floor would be both aesthetically unappealing and a chore to get around as a wheelchair user, ultimately resulting in opting for a wireless connection for most of my devices, including the PlayStation 5.

For the most part, thanks to Sony for including the Wi-Fi 6 broadband standard, I can comfortably download and play games online with minimum latency or wait times. However, when it comes to streaming and raw speeds, my download rate seems to hover around the 60-90Mbps range when using a wireless connection, or about half of my ISP’s provided speed.

Setting up the Arris SURFboard Thruster Gaming Acceleration Kit is incredibly easy, thanks to its simple plug-and-play nature. In the box, users will get two units, measuring in at around 7” with a relatively small width that doesn’t take up very much space at all—great if you’re like me and have other devices plugged into your router.

Set up consists of plugging in one unit to your primary modem/router, ideally, a 1.5+Gbps port, with the other Arris SURFboard device plugged into your console or PC of choice, which in my case is the PlayStation 5.

“Setting up the Arris SURFboard Thruster Gaming Acceleration Kit is incredibly easy, thanks to its simple plug-and-play nature.”

The lights on the Arris SURFboard Thruster Gaming Acceleration Kit connected directly to your router/modem should flash orange before going to a solid blue, indicating it is ready for operation. From here, moving over to the PlayStation 5, connecting the second Arris device to your console’s Ethernet port and simply navigating to the system and network settings and changing your connection type to a wired connection will complete the installation process.

As a baseline, my PlayStation 5, while connected via Wi-Fi, with the router located behind a wall in the living room, directly behind where my console is set up, nets me around 60-90Mbps down via the synthetic PlayStation network test and 30-50Mbps up.

Moving the console directly to the living room and using a hard-wired Ethernet connection ramps things up considerably, with speeds hovering around the 168MBps mark, which is about what my fibre connection offers for the price I pay.

“…the Arris SURFboard Thruster Gaming Acceleration Kit works well and is easy to use.”

Conversely, running a synthetic test using the Arris relay system nets me an impressive 350MBPs down on average with around 125 MBps up. In terms of real-world tests, I used the PlayStation 5 version of Ultimate Mortal Kombat 11 as a download benchmark.

On my standard Wi-Fi setup, MK11’s 10gb initial download, which allows players to enjoy the game as the rest of the 80gb+ file is installed, took 14 minutes. On a hard-wired connection, the same 10gb file finished in about 3 minutes. Impressively, on the Arris SURFboard Thruster Gaming Acceleration Kit, the download finished in another 3 minutes, putting in-line with its wired connection speeds without the wires claim.

Using Call of Duty Black Ops: Cold War as a means to test my ping, I got around 35-40ms on average using my regular Wi-Fi connection. Switching over to a wired Ethernet connection, the ping dropped to a cool 25-30mms, and finally, using the Arris SURFboard Thruster Gaming Acceleration Kit, my ping hovered at a consistent 24ms. Overall, a noticeable drop but one that didn’t really change much, which is to be expected, as my regular connection is more than enough for most gaming scenarios; however, if your setup has poor Wi-Fi reception and a wired connection is out of the question, the bump in ping will likely result in more of a significant and overall smoother gaming experience.

Overall, the Arris SURFboard Thruster Gaming Acceleration Kit works well and is easy to use. For the price, however, it would have been nice to see some other features such as being able to connect multiple devices or perhaps, connect wireless devices that don’t feature Ethernet connectivity.