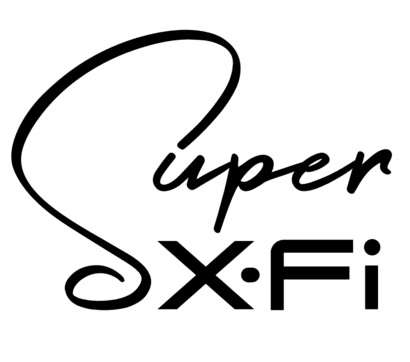 I’ve been trying to find new headphones for gaming for quite some time now. My biggest hold out was seeing all the choices in the marketplace. I wanted something that would sound amazing while I played Fortnite and would allow my teammates to hear my jokes in crystal clear definition. My biggest fear is my jokes not being heard properly and me being awkwardly met with no laughs. Well, I can confirm after rigorous testing, they sound amazing, and my jokes got a better response than ever. If you take anything out of this review, it is that yes, I am hilarious.

The Creative SXFI Gamer headphones are relatively cost effective and come with a whole slew of buzzwordy features like Super X-Fi holographic audio technology. This headset offers USB-C, USB Type-A and 3.5-mm analogue connectivity. It also has a CommanderMic microphone making it a real powerhouse for talking with your friends and foes online.

You can probably tell the Creative SXFI Gamer was built for gamers in mind due to it’s ridiculous packaging. Judging by the box wearing this headset will make you far more likely to be struck by lightning than any other headset on the market. It also features, *shudder* a look at its RGB lighting capabilities and a robot-like human face. If I was to see this in store there would be no way in hell I was bringing it home. I’m shallow, but thankfully I didn’t let the box discourage me.

Inside the ridiculous packaging is the headset, detachable CommanderMic microphone, Kevlar-braided 1.85-meter USB-C cable, small USB-C to USB Type-A adapter, rubberized 1.6-meter audio cable (with 3.5-mm 4-pole TRRS plugs on both sides), and a whole ton of paperwork that was all pretty much useless. Call me old fashioned but I love instruction manuals, these were more useless than the random blueprints I’ve received in my Wayfair packages.

The headset itself is rather nice and has an exceptionally clean design out the packaging. Now with the push of the button that can all change, as a single button triggers the RGB effects. I’ve said it before, and I’ll say it again, RGB has become such a stereotype for gamers it makes me cringe. Thankfully, this feature can be trigged on and off, so you if you want to game (or take Zoom calls) like an adult you can.

The headset is a combination of metal, a pleather-covered frame and plastic ear cups. Its sturdy and fits comfortably over my giant head. Strangely, the headset is very lightly padded on the inner side of the headset so some users might find it a little uncomfy. My gaming sessions are short these days and didn’t feel it grinding on my head at all. It’s also flexible and a bit of a stress test shows this headset can take a bit of a beating.

For those of you like me with a big head the headset can be adjusted via metal frame for 12 distinct steps. The binding is loose enough to adjust but never enough to screw it up while playing or adjusting your sweaty fingers and hair.

If for some reason you want the RGB lighting system you can assign any desired static colour to the rings on the side of the headset. Each ear cup has two rings. The only effect you can use is the “Rainbow Pulse” which isn’t it cool or fun as it sounds. It’s your standard RBG light show sure to wow no one at all.

The cups themselves have thick layers of memory foam that are incredibly comfy on my precious ears. Each cap is marked with a massive L or R logo to let you know which way to wear them. I’ve never seen markings this big on headphones before, but I’m not complaining, it’s helpful on these old eyes of mine. The ear cushions stayed somewhat cool and again I could keep this on for hours at a time with no complaints. Big ups to Creative for having removable ear cushions that are both easy to remove and to clean.

On the left ear cup is a textured SXFI button, which cycles through “regular” Super X-Fi on, Super X-Fi Battle Mode on, and Super X-Fi off. Switching between modes is met with a female voice in your ears. Underneath this button is a volume dial with infinite rotation in both directions. There is also a microphone mute button, which is again announced via a female voice notification. The microphone itself has a red light permanently on for when in use and blinking when not. I wish there was a way to turn this off. Having a blinking red light out of the corner of my eye is incredibly annoying.

The headset features two ports. USB-C (digital) and Line-In (analogue). The USB-C port is most important and should be used when gaming. It can be plugged into PC or any of your common gaming devices. The 3.5-mm analogue port makes using the headset on Xbox and your mobile phone possible. You can also connect it to a higher quality external audio source. If you do go the analogue route you will be losing a ton of features like Super X-Fi, onboard volume, the ability to mute, and RGB effects.

Now here is where the old man who yells at the clouds in me gets annoyed. The headset features an app for both Windows and MacOS that allows you to adjust the following: “Super X-Fi”, “Lighting”, “Setup” and ”Equalizer”. This is all fairly simple. But to get the head mapping you done you also need to download an app on your phone and have a friend help you map out your own head, which looks as silly as it sounds. The idea is this technology will make you feel like you are being surrounded by speakers. It works, it’s just frustrating getting it set up. You can plug this headset in and never deal with the app but you’re going be missing out a big part of the experience.

In terms of actual audio, this device is best in class. It is very good. Listening to the classics like Floyd and Zeppelin on this headset sound amazing. The audio comes through crystal clear and I’m incredibly happy with the performance. I tested a wide range of games and it never failed me. From the haunting music of Hellblade to bombs dropping on me in Call of Duty, this device delivered. I’m shocked how good it is for this price range.

Both Super X-Fi Mode and Super X-Fi Battle Mode are total game changers. I’ve tested my fair share of headsets but none have given me as good as experience. This headset almost made me good at Fortnite. Almost. Being able to hear footsteps from so far away feels like cheating. It’s phenomenal.

Beside the incredibly annoying blink red light on the microphone the overall quality of the mic is outstanding. During testing my audio came through nice and clear with some nice warmth and bass. Outside sounds like my girlfriend yelling at my to do the dishes also were greatly reduced much to her dismay. Overall, it’s a fantastic microphone you could use for podcasting if you wanted.

There are only a few things that really bothered me on the Creative SXFI Gamer, and these weren’t enough to hamper my experience. For this price it can’t be beat. It’s an incredible headset with top-notch sound quality and a killer microphone. If you want to play around with the app and all the bells and whistles, you’re in for a real treat. This isn’t a simple pick up and use headset, and you’d be missing out on a lot of the key features if you never looked into all the things you can do with it. It also doesn’t have great wireless features, which was something I wanted going into this review, but thankfully it won me over with all its other neat add. Other than the blinking red light on the microphone head and the RGB lights this is a perfect microphone for me and my gaming needs. Well done Creative, this thing kicks total ass.

Overlooking the rgb lighting this is an incredible headset for gamers who don’t mind fiddling with features
REVIEW SCORE
9
Buy On Amazon
File Under: Hardware, Headphones