The best camera for everyday vlogging on the market 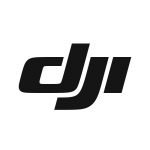 The DJI Pocket 2 is currently my favorite tech device in my arsenal. This is a must have accessory for Vloggers, up and coming filmmakers and anyone who wants a camera on them at all times that isn’t their phone. Allow me to fanboy about my love of the DJI Pocket 2 because it really does live up to its potential and is remarkably affordable.

The DJI Pocket 2 is a second generation all-in-one camera with a built-in three-axis stabilizer. It features a large sensor, a fantastic autofocus system, multiple microphones and the ability to shoot both high-quality photos and videos.

What I like most about the device is that it’s incredibly easy to use and great for people on the go who don’t want to be bogged down by excessive gear. All I need is the device and a mini-SD card to shoot something great. It also doesn’t help to carry on you a few optional accessories.

The Pocket 2 records stabilized 4k videos at 60fps, which do in fact look stabilized. Even with heavy winds I was able to capture some great smooth content. New additions to the Pocket 2 include the ability to 4x video / 8x video zoom which would be great for concerts or wide group shots post pandemic. The impressive camera specs have a 1/1.7-inch sensor size edges. All of this comes in at weighing just 117g. It’s incredibly light and easy to store in a pants pocket.

You don’t even need to really know what you’re doing to capture stabilized footage. The camera automatically pans and tilts its head and adjusts for shaky hands. It’s essentially like the camera being on  rails.

For those looking to go all in on the device you can buy the creator’s kit edition that will come with a microphone and wider lens. Unfortunately, I was not able to play with the extra gear so I don’t know how it fairs, but I can see you certainly get some great stuff right outside the box. If you are looking to record lots of dialogue it wouldn’t help to get an external microphone. The various microphones on the device are great as long as you remain in a non-windy zone otherwise the audio can be a bit muffled.

The Pocket 2 is better at capturing smooth stabilized 4k video compared to most phones I’ve tested. It’s as smooth as butter and makes for a great companion if you like filming on your skateboard or biking through town. My dream is to fly to LA and use this camera zipping down the boardwalk in Venice on a rented bird. I feel like I’m watching back a Michael Bay film when I review the footage, that is if Michael Bay filmed without explosions and shot average looking people.

Another fun feature is the ability to record Motion time lapses. They work alongside normal time lapse and hyperlapse modes, and can be captured in RAW and use DJI’s ActiveTrack 3.0 tracking.

The battery life is pretty good and in my testing lasts up to 140 minutes. There’s a USB-C port on the bottom of the device for easy charging on the go. You can technically attach an external battery too it so you never have to worry about missing a shot.

The biggest weakness here is how the Pocket 2 handle’s noise. There are four microphones on the body of the device, all strategically placed to not be covered by the users hand when recording. It also has directional audio to help where you’re pointing the camera but it’s not crystal clear and an external mic is advised for long bits of dialogue. Inside recording audio though really poised no problems and is certainly up to snuff for YouTube videos.

For those looking for the best-in-class portable camera the DJI Pocket 2 is 100% worth buying. I love it and it fits so nice and snug in the pocket of my jeans I can bring it with me everywhere I go. If you’re someone that enjoys filming their everyday life, then this is the camera for you. I seriously think it’s one of the best devices I’ve reviewed all year.

And that’s a wrap.

If Hollywood won’t give you a shot, turn your life into your own movie with ease.
REVIEW SCORE
9.5
Buy Online
File Under: Hardware