A comprehensive app and consistent clean 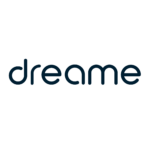 Having spent considerable amounts of time indoors over the past year or so, I’ve grown to appreciate a good robot vacuum. Anything that can safely and effectively navigate your home on its own, sweeping up hair, dirt, and debris along the way is super convenient. Are they perfect? No. Will you still have to do an under-the-awkward-furniture spot check every now and again? Perhaps. But with the ability to schedule cleanings, it will keep your house consistently presentable and (hopefully) stress-free. And that’s what we’re here for.

I’ve discussed iRobot models before, but this was my first experience with Dreametech, and let me tell you, I was impressed. The Dreame Bot Z10 Pro features a powerful vacuum with a 4L dust bag, a mopping attachment, and an app that offers a comprehensive overview of your device and its functionality. All for the reasonable price of $599.99.

For navigation, the bot has an upgraded LiDAR system that casts thousands of invisible laser points per second, quickly learning the layout of your home with notable accuracy. And the learning speed is surprising; it took one run through my home (with no tumbles down the stairs) to learn the full layout with a considerable amount of detail. As the robot does its thing, it leaves a trail through the map in the app, allowing you to note what areas have been covered (after the job is done or in real time).

The sensors make the robot intelligent enough to perceive depth and flag obstructions, which prevents the bot from actually bumping into things—much to my surprise. I expected to hear the typical muted thumping into furniture as the vacuum did its route, but the Dreame Bot Z10 Pro was collision-free. It’s also surprisingly good at hugging corners when given a clear path, and uses 3D sensors to note and avoid running over cables (for the most part, while it avoided power bars with more substantial cables, it did get caught on an errant phone charger, which is, admittedly, not unexpected).

“The Dreame Bot Z10 Pro boasts 4,000 Pa of suction power, which is quite impressive for a robot vacuum.”

The Dreame Bot Z10 Pro boasts 4,000 Pa of suction power, which is quite impressive for a robot vacuum. For comparison, the Roomba s9 has an estimated 2,500 Pa, though to put it all in perspective, the Dyson V11 has about 24,000 Pa. But even on a high pile carpet (the trickiest of tests), the Z10 Pro leaves the rug looking clean.

There are 4 suction settings (quiet, standard, strong, and turbo) which you can set manually, though the bot will also adjust based on the type of flooring (carpet vs hardwood). There’s also a clip-on mop with 3 water flow settings. Unlike the Braava jet M6, which has disposable pads that need to be replaced, the Z10 Pro uses a washable, reusable cloth that attaches to a slim water tank. So, rather than purchasing two separate devices—one to vacuum and one to mop— the Z10 Pro does it all, and saves you on the cost of disposable accessories.

That said, the mopping function gets the job done as a light clean, but it’s not really designed for heavier messes. The cloth used on the mop attachment is washable and textured, but it lacks a rough scrubbing edge for dried or stubborn spills, so it may take additional help to get a troublesome spot sparkling clean. If you’re just hoping for a quick mop to help with general household upkeep, it’s a helpful feature, but I wouldn’t count on it as your go-to mopping tool.

While the robot does work with Alexa for voice commands, the Dreame Bot Z10 Pro is not compatible with Google Home, so you’d have to do all the controls through the app. The app does offer a few features that I was pleasantly surprised by, including a comprehensive breakdown of the accessory usage, letting you know how much “life” you have left on your parts before they need to be cleaned or replaced.

“The mopping function gets the job done as a light clean, but it’s not really designed for heavier messes.”

There’s also a remote control function that manually controls the vacuum, so if you have any missed spots, it’s easy to get back in there (though perhaps a bit clunky to control). The remote function could also be used to terrorize your roommates/pets/children, but, I’m certainly not suggesting it.

It is also possible within the app to add “No-Go” zones, and isolate particular zones for cleaning if you only need to tackle one room or area. There’s also a “Do Not Disturb” mode you can set up during specific time periods. This means that—if the bot is unable to complete a cleaning task due to a low battery—it will not disturb your slumber/work from home hours to complete its route.

You can also view a full cleaning history (that notes the duration and size of space cleaned), and find a “Locate My Robot” button which emits a cheery “I am here!” from the bot’s built-in speakers to help track it down if it’s stuck under a couch somewhere.

Did I mention the bot talks? Because it does, in 9 different languages. It will announce once it’s completed its cleaning task and when it’s heading back to the dock to recharge, giving you a friendly heads up that it’s not quite done yet, it just needs a bit more time. And if there are any issues, rather than seeing an ominous red light, the Z10 Pro will literally tell you what the problem is and how to fix it.

The Z10 Pro is very user-friendly when it comes to maintenance. The top panel opens easily to access the removable dust bin, and there’s a tool clipped in that has a brush on one end and a hair detangler on the other. If something gets stuck in the wheels or brush, it’s easy to cut it out with the detangler, rather than struggling with scissors or tearing at it with your bare hands.

If you want a consistently thorough clean, there is some maintenance associated with all robot vacuums. The Z10 Pro makes this maintenance fairly easy, and with the helpful in-app progress report on accessory usage it really takes the guesswork out of how often it’s required. It’s also just a great reminder of what parts need regular maintenance, which is extremely helpful if you, like me, generally forget what needs to be done to keep your bot in tip-top shape.

Overall, the Dreame Bot Z10 Pro offers an impressive clean, but Dreametech’s app is really what pulls this bot ahead of the game for me. It’s comprehensive, and it makes the whole experience very user-friendly. I would recommend the Z10 Pro for the app alone, but the fact that it’s also a genuinely great little robot vacuum is certainly a major selling point.